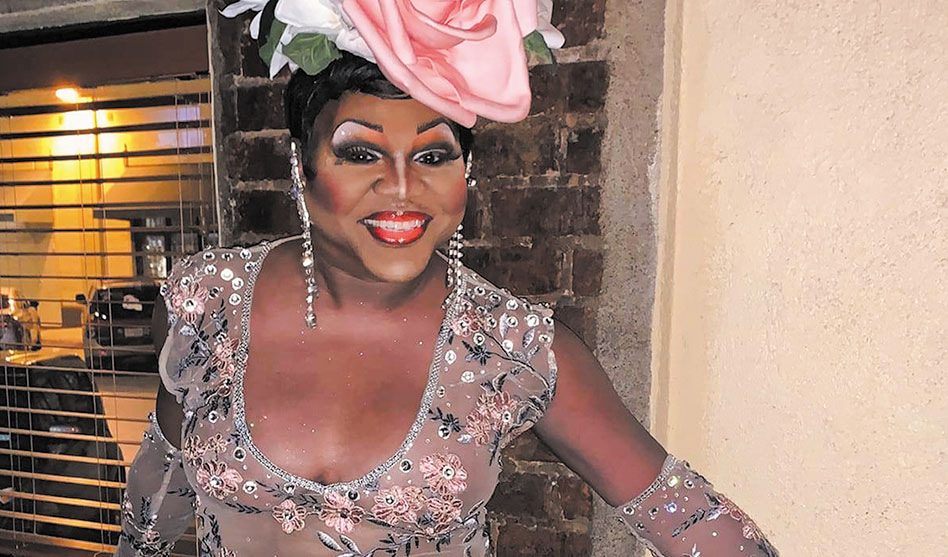 Some of those closest to her remember the entertainer who passed away suddenly on Aug. 21

Fantasha moved to Dallas more than 10 years ago and had been doing drag about 30 years. She’s performed across the country, but the bars in Oak Lawn were her home.

What did she mean to her fans? At Sunday’s show, a bouquet of roses sent by a fan stood on stage in her place at the Rose Room.

And at Monday’s Freak Show at JR.’s, fans had flowers delivered for the cast.

But the show must go on. Cassie Nova said she had only heard the news that Fantasha had died that morning an hour-and-a-half before going on stage for Sunday evening’s performance at the Rose Room.

“We’re pretty devastated,” Cassie Nova said. “She was a huge part of our lives.” 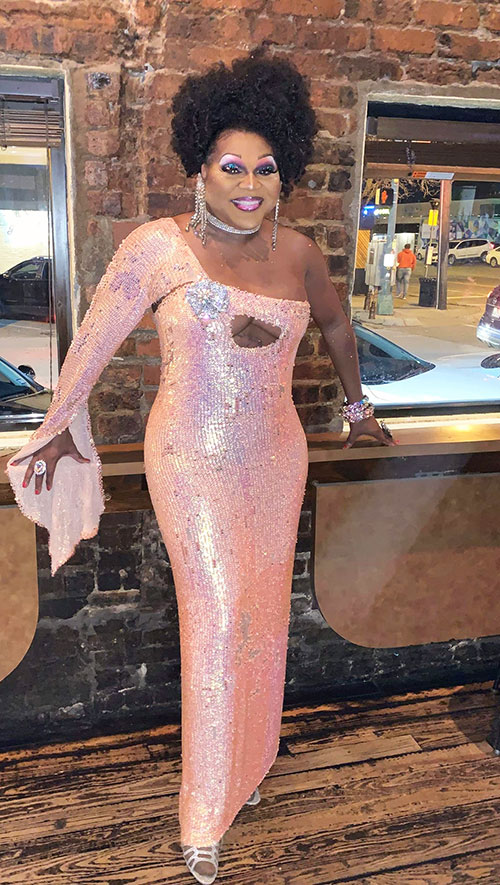 She said she breaks down with emotion at odd times and is comforted by the outpouring of love from the community.

Fantsha’s big number was “Dive in the Pool” by Pepper MaShay. Every time the line, “Let’s get soakin wet,” comes up, Fantasha would take a bottle of beer or water off someone’s table and pour it all over herself.

“My wife Ellen and I send our condolences to Fantasha’s friends and family over her passing. Rest in forever peace, Pepper,” MaShay wrote to her LGBTQ family in Dallas on Facebook.

And in answer to a Dallas fan, MaShay wrote, “The announcement just hurt my heart tremendously.”

Cassie said working with Fantasha was always a pleasure. She described Fantasha as a true professional. If someone called in sick, she could rely on her to be there and perform in any number including the opening or finale.

“She knew all the production numbers,” Cassie said. “Every dollar she made, she truly earned.”

Ross Johnston was Fantasha’s best friend. They met at S4 watching a pageant eight or nine years ago and bonded over their mutual love of drag.

“We both have this weird disease,” he said explaining their friendship. “We’re both always right.”

Johnston moved to Dallas after Fantasha did, and he moved into the same apartment complex.

“We slowly became friends,” he said. “We kept being put in each other’s way.”

As he got to know her, he described her as the most passionate, charismatic and unbelievably creative person he ever knew.

“She’d take the most random items,” he said, to create her costumes.

He said she would take a packing carton she’d find by the dumpster and cut it up, fold it and rearrange it, then paint it, cover it in fabric, add glitter and other accessories to create her headpieces.

Her dresses she sewed by hand. Johnston said she never bothered to learn to use a sewing machine. Her hand sewn dresses were tougher than anything made on a machine, he said.

“She’d make a silk purse out of a sow’s ear,” he said. “She loved working and creating with her hands.”

Fantasha had a son with a woman she became involved with soon after high school. They raised him together. Their son married his husband earlier this year.

In addition to being very close to her son, she had a close relationship with her mother.

Johnston is feeling sad, depressed and confused, he said, after finding Fantasha’s body.

Although Fantasha loved her LGBTQ community in Louisville, where she grew up and lived until about 10 years ago, she felt most at home with her DFW community. Johnston said by the time Fantasha moved to Dallas, she was already professional and polished, and her Dallas audience gave her a warm welcome.

“Dive in the Pool” was her signature number, but she loved a variety of music. “Long Walk” was another favorite because it let her take a nice long walk among the crowd at her shows.

She won the Miss CEBA competition with a version of “Proud Mary,” so that remained a favorite, and she was a huge fan of Tina Turner’s.

And Johnston said he bonded with Fantasha over Whitney Houston.

“I’m the biggest Whitney Houston fan ever,” he said. “Fantasha loved the 13-minute compilation of all her songs.” He said she’d do the whole 13 minutes, and, if the crowd was tipping well, they’d back the music up and go longer.

Johnston described her as fiercely loyal to her family and friends.

“Whatever she did, she put her whole, entire self into it,” he said.

Kelexis Davenport said, “Fantasha was never my friend. From the second I met her, she was family. God put her here for me.”

They met through Layla LaRue at a pageant in San Antonio. They had words over keys to their room and one of the first things Kelexis said to Fantasha was, “I heard you were a bitch.”

Then she saw her perform.

“She was incredible,” Kelexis said.

When Fantasha first moved to the area, she was living in North Dallas. She needed a ride to perform in Fort Worth so Kelexis picked her up. After the show, Kelexis was too tired to drive her home and told Fantasha she’d have to stay over at her place in Oak Lawn.

They lived together ever since.

As a roommate, Kelexis described Fantasha as perfect. The one time she was late with the rent was during the pandemic and she added in her own, made-up late fee.

“Fantasha knew what I was thinking without saying a word,” she said.

She said when something was wrong, Fanstasha always had the right analogy so Kelexis could figure things out for herself.

“She taught me to be better toward people,” she said. “I get wrapped up in me.”

Kelexis described Fantasha as ice cream. “If you don’t like it, there’s something wrong with you.”

Through tears she said, “She taught me a lot. A part of me is gone.”

Bob Burke and My Oh My–The Show present a benefit for Fantasha hosted by Patrick Mikyles at Aloft Fort Worth Downtown, 334 W. 3rd St., Fort Worth at 7:30 p.m. on Saturday, Aug. 28.

A benefit for Fantasha will be held in the Rose Room on Sunday, Aug. 29 at 7 p.m.