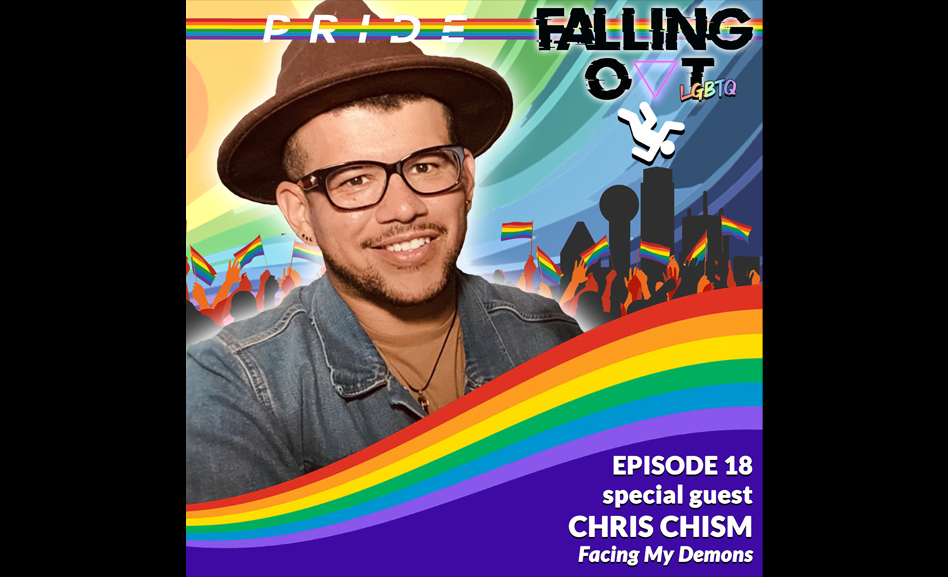 There’s no playbook for coming out or dealing with past traumas, but avoiding the past can wreak havoc on life. When popular Dallas singer/songwriter Chris Chism dove headlong into navigating his newfound world, the sting of failure sent him on a tumultuous lightning ride with addiction. Brian and Colman sat down with Chism to discuss the fall out of not facing the demons that haunted him.

Dallas-based artist Chris Chism is a talented singer/songwriter who has a natural way of crossing cultural and generational barriers to reach people through his music.  Chris is also the Founder/Lead Pastor of The House Dallas, a contemporary church in the DFW Metroplex.  He has been named Dallas’ Best Musician and Best Local Singer by the Dallas Voice and was chosen as the winner of the Michael Terry Singer/Songwriter People’s Choice Award at the 2019 Wildflower Arts & Music Festival.

As a diversely talented musician, Chris has performed for audiences around the country.  He has been a featured entertainer at the Capital Pride Festival in Washington DC, Deep Ellum Arts Festival, Wildflower Arts & Music Festival, Dallas Arts District Block Parties and House of Blues Dallas to name a few.  He can often be found performing at numerous charity and fundraising events, and has shared the stage with the likes of artists such as Debbie Gibson, Tiffany, and Yolanda Adams.

Over the last few years, Chris has used his gospel upbringing, along with his own personal life experiences, to compose and perform uplifting and inspirational music, as well as original praise and worship songs.  His popular “Don’t Stay There” continues to be a favorite of audiences.   The song was also featured in the documentary “2nd Chances.” Chris’s other original songs include “Deadbolt”, “Visible”, “Love Me” and “Into the Wild”

At the end of 2020, Chris added “Pastor” to his list of responsibilities when he formed a new church, The House Dallas.  He and a devoted group of devoted volunteers felt there was a need for a more contemporary church service to reach those that were looking for a less traditional church.  The House Dallas welcomes those from all walks of life, and seeks to be a congregation where all are “Beloved, Believed In, and Belong”.  Despite starting a new church service during the pandemic, the church continues to grow.  Currently The House Dallas holds weekly services at 2:00 P.M. on Sunday afternoons at VariSpace in Las Colinas.

When Chris is not busy with performing, writing new music and his duties as pastor of The House Dallas, he enjoys spending time with his husband Thomas and their two daughters.