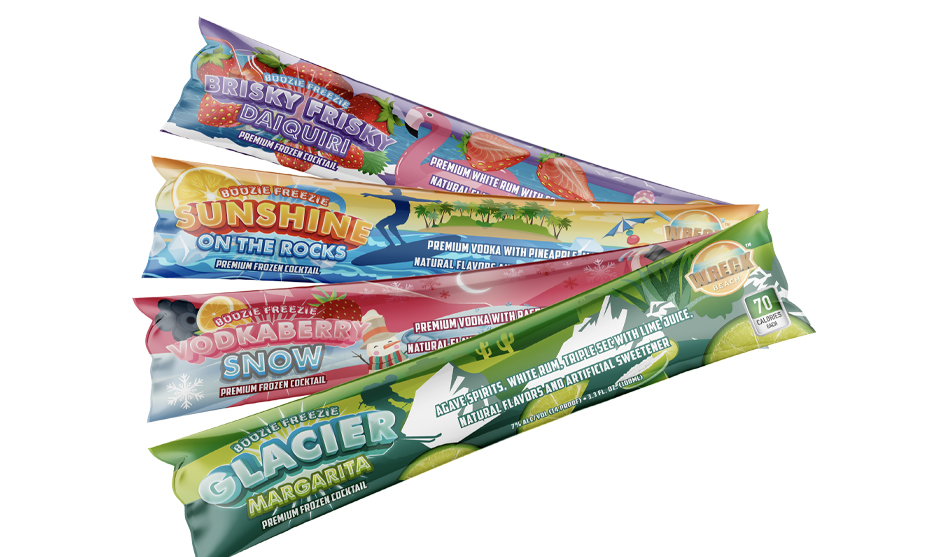 Texas among the newest spots for Wreck Beach Spirits

Pride is going to taste a bit sweeter this year thanks to Wreck Beach Spirits. The lesbian-owned company has brought its signature Boozie Freezies to Texas just in time for Pride and for summer. And from bootlegger origins to a legit business, Wreck Beach Spirits founder Alana Thompson and CEO Emily Dewsbury are ready to take on the world — or the United States at least —with their boozy ideas.

Based out of British Columbia, Canada, the company has begun making its way into U.S. markets, hitting Texas this year.

“Yeah, we’re new to the states,” Thompson said via Zoom. “We actually couldn’t launch Boozie Freezie in the B.C. market, so we launched our seltzer here and decided to head to the U.S.”

Wreck Beach Spirits had a soft launch online and in Colorado and Kansas in 2020. For 2021, they also entered the Rhode Island, Missouri and South Carolina market, which has given the company some confidence.

“We were definitely keen to go there for the business, and now the possibilities seem endless,” Thompson said.

So what’s a Boozie Freezie anyway? Go back to your childhood summers when a frozen Fun Pop hit the spot. Now add liquor to that.

The team has created a variety of flavors that begin with real fruit and premium spirits. To date, flavors include Brisky Frisky Daiquiri, Glacier Margarita, VodkaBerry Snow and Sunshine on the Rocks.

Thompson has come a long way from the inception of her idea. In fact, Wreck Beach Spirits’ story is often a fun selling point.

“Back in 2008, in my mid-20s, I was thinking about what I wanna do in my life. I started making my version of a frozen pop with double shot cocktails, and I would walk down to the Wreck Beach, which was also clothing optional,”

Thompson said. “I wasn’t trying to do something blatantly illegal. But somehow the police found out, and I was, like, actively hunted.”

Thompson said her place was searched; she received warnings; she was under surveillance, and, in short, she got busted and was even arrested and fined $10,000.

“When it escalated to all that, I realized that was not for me,” she said. “But I knew I wanted to pursue this, and I circled back to it after a couple of years. I grew up a bit and found a consultant and even a food scientist to work on this.”

Thompson’s timing however is of particular note. She recalls soon after getting busted that she’d also decided to work on her love life and signed up on a dating site. That’s where she met Emily Dewsbury. And although they dated a bit, their compatibility landed more on the business side of things.

“I thought it was very interesting and brilliant what she thought up,” Dewsbury said. “When she talked about how she worked the whole bootlegging business, it was very sophisticated. Plus, because of all that, she was like this local celebrity.”

A year later, Dewsbury found herself as the CEO for the company, and their goal was to hit the markets in 2018.

Today they find themselves navigating their continued entry into the U.S. markets as well as developing new flavors for their Boozie Freezies.

“The goal was more classic cocktail flavors. Alana used to be a bartender, so she knows those,” Dewsbury said. “But also, trends change so quickly, so we are researching cocktails constantly.”

Wreck Beach Spirits work with small-batch distilleries and other resources primarily in the United States, which helps with production and distribution. Luckily, the pandemic wasn’t a detriment to the company.

“We hadn’t seen an effect in our business. We were kinda pandemic proof. There was kind of a growth in the spirits industry, so our sales have gone astronomical,” Dewsbury said.

The two women have also not forgotten their community. They have taken part in Pride events and donated to queer-centric nonprofits.

“We have this consumable product, but a mandate of ours is to support and get involved with mentorships of queer people and help fund nonprofits. It’s the best of both worlds so why not make a bigger difference,” Thompson said.

Visit wreckbeachspirits.com for more information and where to buy. And watch DallasVoice for a special DVtv tasting session coming during Pride Month.