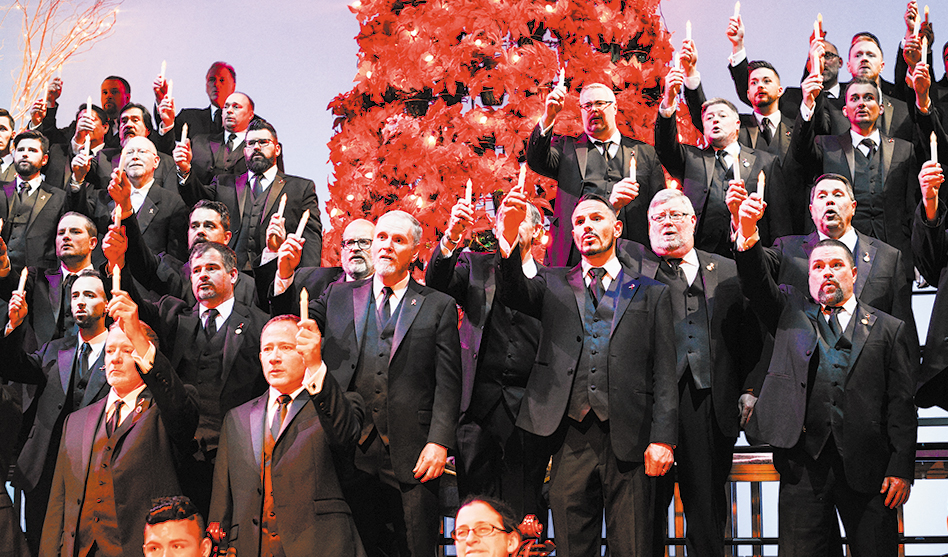 Turtle Creek Chorale’s annual holiday concert is always a treat. And in the chorale’s 40th season, fans get two of them.

The Turtle Creek Chorale recently unveiled its “extra-large” 40th season, which will showcase five major performances over the course of 17 months. The season will feature a variety of guest artists as well as three mainstage concerts at Moody Performance Hall and the chorale’s return to the Meyerson Symphony Center, after nearly seven years, for two performances.

The XL Season will include two of the chorale’s signature holiday concerts — in December 2019 and in December 2020 — concerts at the Meyerson in September 2019 and June 2020, and the regional premiere of a new choral musical by Tony Award-winning composer Andrew Lippa.

TCC Artistic Director Sean Baugh promised that the chorale’s “ambitious” 40th season will highlight “everything you love about the Turtle Creek Chorale.”

He continued, “I’m particularly excited about our return to the Meyerson Symphony Center for several productions. Putting together this season has been an incredible adventure musically, as we will be presenting so many of the pieces that have made the chorale extraordinary.

“There is so much history in the music we sing, and I’m thrilled to revisit these pieces once again,” Baugh added. “But the new music is absolutely extraordinary, and I’m looking forward to continuing our choral-theater presentations that have become our identity the past few years. You won’t want to miss any of these diverse, intriguing, and beautiful programs.”

The season starts Sept. 29 at the Meyerson with “To All the Women We’ve Loved Before,” a concert designed to “honor all the women in our lives.” It will feature three of TCC’s favorite leading ladies – Denise Lee, Patty Breckenridge and Jodi Crawford-Wright — along with The Women’s Chorus of Dallas.

He said members of the chorale would be singing with The Women’s Chorus of Dallas again in October for their 30th anniversary concert and was excited about both joint appearances, “because we haven’t sung with them in a very, very long time.”

The season continues with “40 Years of Fa La La” Dec. 13-15 at Moody Performance Hall, with many holiday classics and memorable moments from the past 40 years, as well as new works destined to become classics. Chloe Agnew of Celtic Woman will join the men of the TCC for this performance. Baugh said she’s a favorite among pops orchestras around the country.

“If you’ve ever enjoyed our holiday concerts, you’ll love this one,” Baugh said.

TCC is back at Moody Performance Hall March 27-29 for “Unbreakable,” the regional premiere of the new choral musical from Andrew Lippa. It is a powerful and urgent new work that highlights little-known moments in LGBTQ history and gives a voice to LGBTQ Americans whose achievements and contributions have gone unrecognized.

The concert was commissioned by 15 gay men’s choruses around the country. Baugh said TCC is the last of the 15 to perform it, but he wanted to save it for the 40th anniversary season.

The chorale returns to the Meyerson for a June 28 performance entitled “CLASSIC: The Songs that Made the TCC,” a special anniversary concert featuring many favorite musical moments and memories that have defined the Turtle Creek Chorale combined with newer musical gems.

A few weeks later, they’ll take this performance to the GALA Chorus Festival held every four years. The 2020 event takes place in Minneapolis with about 100 choirs and 6,000 singers expected.

The 40th season concludes with “On this Shining Night,” Dec. 11-13, 2020, at Moody Performance Hall, a concert to warm the heart and bring peace and joy for the holiday season.