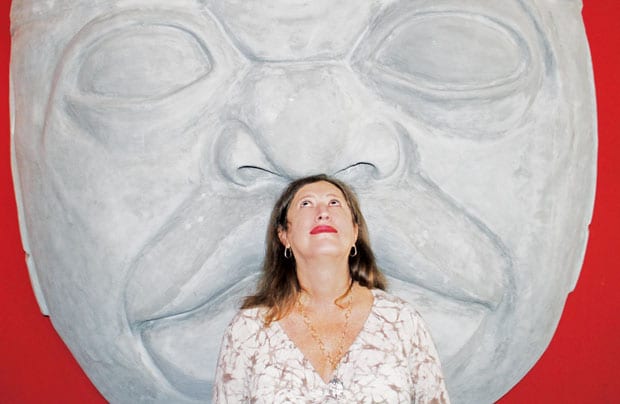 It’s been five years since Monica Greene — the respected restaurateur who popularized authentic Mexican cuisine as her signature Uptown restaurant Ciudad, as well as her Tex-Mexy Deep Ellum staple Aca y Alla — has had a freestanding restaurant in Dallas. That was when BEE (Best Enchiladas Ever) and Monica’s Nueva Cocina at the ilume closed within weeks of each other, following a dispute with her business partner. It’s been a year and half since Leann Berry — possibly North Texas’ most respected bartender and mixologist, especially known for her facility with spicy tequila drinks — left as bar manager at Uptown’s Komali. And chef Anastacia Quinones — AQ to her friends, who got her chops at Komali before an extended stint at the now-defunct Kitchen LTO, as well leading the team as Oddfellows — has longed to work with former colleague Berry and personal hero Greene. (“In 2001, I sent Monica Greene an email,” hoping to work with her she tweeted. “She never responded. (We became friends since!)”
“I’ve worked with both of them so it’s full circle for me — I introduced them, I think!” Berry says. 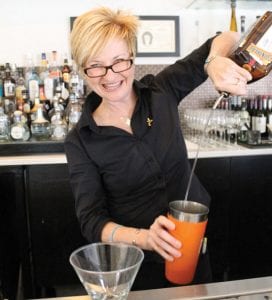 In other words, these three power women, known for their bold flavors on the plate, in the glass and in the room, have been itching to form a triumvirate and foodies across North Texas welcome it.
So now, it’s happening.
Greene, Quinones and Berry are taking over the restaurant Cedar Social in the popular Lamar Street entertainment district just south of Downtown. “I made the mistake of coming here for a drink and ended up buying the place,” Greene jokes.
They finalized the purchase and have already closed the restaurant down while a remodel — of the space and of the menu and bar — takes place. But it won’t be for long. Berry tells me they have set Valentine’s Day as the target date for the opening.
The union has long been in the works, though repeatedly delayed, as is common in the restaurant biz. It’s been months since I spoke with Berry and Greene about “upcoming plans” to do a project together. At one point, they had another restaurant chosen to take over, but that deal fell through at the last minute. Cedar Social fell in their laps very soon thereafter, and things have snowballed in a very short period of time.
“Jeffrey Yarborough came to Monica first,” Berry says. “She called me a few weeks ago.” The deal was quickly struck. 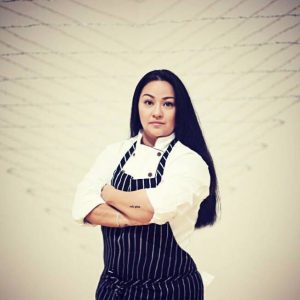 “I have been retired for eight years, but I could never get away from Dallas. And I would only come back to partner with these two very capable women,” Greene tells me.
Expect a lot of Mexican-inspired food (AQ is first-generation American; Greene was born in Mexico) as well as some interesting drink options which will, of course, include margaritas.
“We know what AQ can do with food, especially my passion, which is Mexican food,” says Greene. And she means that in the most serious ways. “The no. 1 restaurant in the world, in Denmark, is Mexican food; it has expanded from mom-and-pop restaurants to a true culinary movement. And chef will focus on original cuisine. It will be an ode to Mexican food. We will make all our own corn products, use only fresh ingredients, from seafood to meats. And Leann will have ample libations.”
Greene is especially enchanted by The Cedars neighborhood, which she says reminds her of Deep Ellum when she was a pioneer more than 25 years ago with Aca y Alla. “I don’t invest in restaurants, I invest in communities,” she says.
The name will remain (“It was kinda grandfathered in,” Berry says), and the redo with enliven the space. Then things will open anew within about two weeks. “AQ is the food, I’m the bar and Monica is the pretty face,” Berry says. In fact, Greene says she will be on-site to greet every diner when they open for dinner (a lunch menu, focussing on tacos and tortas, will come probably about a month later.) She expects mezcal dinners, tequila dinners, even wine dinners (another passion), as well as good whiskeys. That’s good to hear, as there is ample reason to raise a glass to this venture.