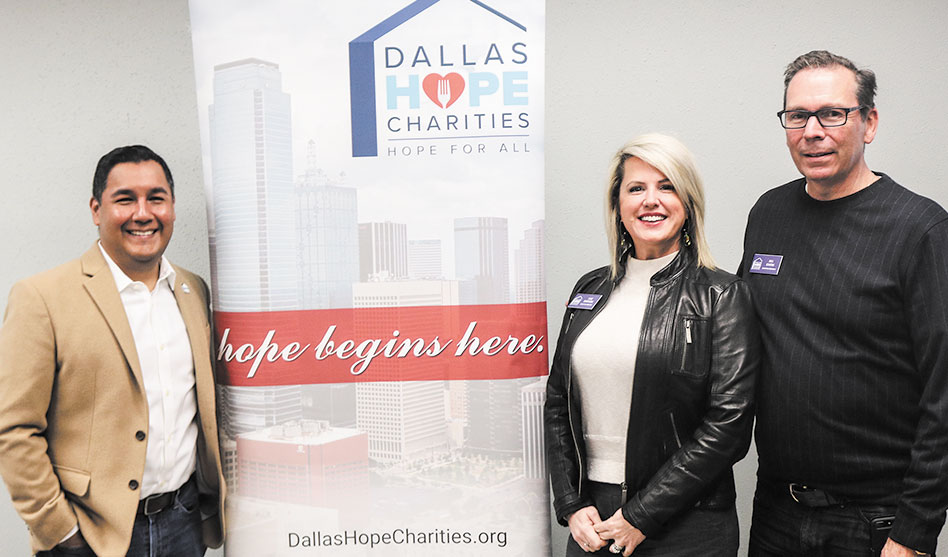 Villejo knew DHC, which is based at Cathedral of Hope but is its own non-profit governed separately, couldn’t do everything. So, in addition to taking over several meals programs created by the church, DHC focused on opening a shelter for LGBT youth ages 18 to 24. But several programs didn’t fit the mission, including Hope in Prison and a tutoring program, so those were returned to the church.

The meals programs include the iCare Monday lunch at the church, where clients are also offered counseling services and haircuts. BACH — or Breakfast at Cathedral of Hope — takes place at the church every Saturday morning. Pack the Pantry is open the last Sunday of the month, and Taste of Hope delivers meals to people living on the street.

Dallas Hope Center housing program began with two beds. With a $100,000 donation from the Tony Bobrow Trust, which operates the Hidden Door, Villejo was able to hire a full-time director for the center and expand it to six beds this past summer. Villejo understands that such a small organization can’t help everyone. Still, his approach seems to be working, and the successes have been truly amazing.

As part of the program, residents of Dallas Hope Center must either be in school or looking for work. Villejo said he’s partnered his program with El Centro College’s Year Up program. And El Centro recently gave DHC its Community Partner Award. 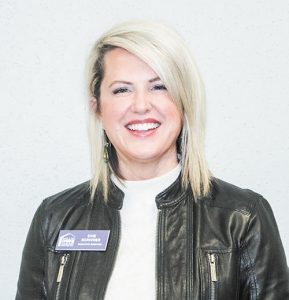 The success Villejo holds up to others to show what’s possible is one of his first residents. When she arrived at DHC, she had pawned off the last of her belongings. Through the program, she began an internship at Top Golf, a corporation based along Central Expressway in Dallas. After completing her internship, the company offered her a job paying $40,000. As the young woman began her new career, she continued to live at the center for several months to save enough for her own apartment and a down payment on a car.

Now, just as he’s seeing real success, Villejo is preparing to move to Austin after his husband took the position of economic and development director for the city of Bastrop, near Austin. Previously, he held a similar position in Murphy in Collin County.

“This has been my baby,” Villejo said of DHC. “This has given me a fire again. Coming here and being able to help people who’ve been told they have no value.”

He said he’s hoping to find a something similar to do in Austin.

Scrivner comes to DHC after six years as a CFO/COO in the non-profit world. She said she became a member of Cathedral of Hope earlier this year, but has been attending for a while.

“Building on what Jason founded is exciting,” she said of her new position, adding that the shelter for youth ages 18 to 24 is important because many have aged out of the foster system. Some had been thrown out of their homes by their parents for being LGBT; others were removed from their homes by Child Protective Services because of violence or abuse in the home.

Scrivner said the foster system stops care on the child’s 18th birthday, and many age out of foster care without any life skills. She said some have to learn even the simplest things. like keeping their room tidy.

“We take it for granted you make a bed, wash the dishes, the basics that seem every day,” said Bill Martin, executive assistant at DHC. But many of their residents haven’t arrived with those skills. One way DHC teaches those skills is to have one person in charge of food for the center for the month. On Sunday, that person creates the menu for the week, and, with the center’s director, shops for the food.

“We follow up with everyone who’s been through the program,” Villejo said. That’s something he’ll miss. And keeping in touch with people who’ve lived at Dallas Hope Center is something Scrivner is looking forward to doing.

That’s a way to continue to hone the program and learn what’s working best as well as to understand what the needs still are. But she understands that everyone, especially younger people, needs to rely on someone and have someone to make suggestions or give them encouragement. She’s looking forward to having that impact on LGBT youth.

Scrivner said in early 2020, she’s holding a strategic planning meeting because, “We need multiple funding streams.” In addition to the Tony Bobrow Trust, DHC receives money from a second offering that is taken at Cathedral of Hope whenever there’s a fifth Sunday of the month.
“Jason’s leaving right at a tipping point,” Scrivner said, adding that the arrangement with Cathedral of Hope should look great to new funders. “They house us in-kind,” she said. In other words, the organization’s administration operates rent-free in space donated by Cathedral of Hope. That’s a goal for its housing center as well by eventually building its own facility. She mentioned the idea of combining it with housing for LGBT seniors, but that would be down the road.

Scrivner points out that DHC has had exponential growth, with the housing center going from two to six beds so quickly. With as many youth out there needing immediate housing, she’d like to see the organization grow to provide not just transitional housing, but emergency housing as well. That would take additional staff.

Its feeding programs run independently of each other may merge into one umbrella program. Together about 300 volunteers are involved in the various programs that will have served 40,000 meals by the end of this year.

By any measure, for an organization barely two years old, that’s quite an accomplishment.

For more information or to volunteer with Dallas Hope Charities, visit DallasHopeCharities.org.