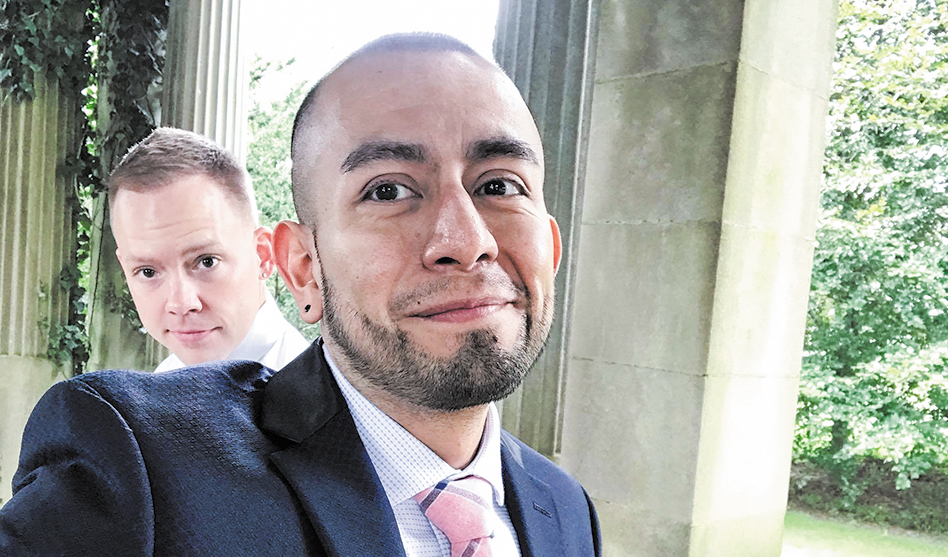 Ricardo Martinez hasn’t done lobbying work before, but his efforts helped repeal Arizona’s No Promo Homo law.
Born in Mexico City, Martinez grew up in New York and has lived in Phoenix for the last five years. But when the chance came along to lead Equality Texas, he knew he couldn’t let that opportunity pass him by.

“The universe has a plan for me,” Martinez said. “This is where I need to go next.”

There is, he said, just something about Texas: “It’s on the brink of change.” He wants to help make that change happen.

Martinez wasn’t looking for a job when Equality Texas contacted him about the position. He was working in Phoenix for Stand for Children. He was on the national staff but worked in the Phoenix office as director of constituent engagement.

Stand for Children is an organization that works to ensure all students have a fair shot at a quality and relevant education, Martinez explained, adding that how the organization does that looks different in different states. In Texas, Stand for Children works through the Home Visit Project to train and empower teachers to conduct relationship-building home visits with their students’ families. 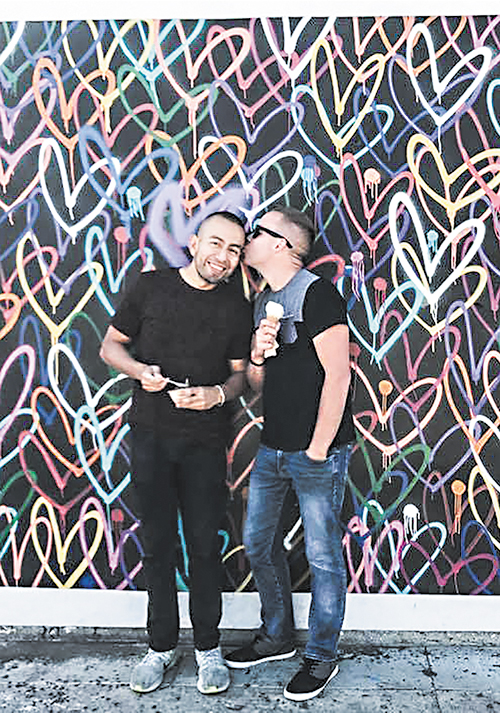 Before moving to Phoenix, Martinez worked for GLSEN — the Gay, Lesbian, Straight Education Network — in New York City. He worked there as a generalist, advising chapters on organizing, fundraising, managing a board, engaging volunteers and more. Once he came to Arizona, he continued volunteering for the organization and became a local board member.

As a GLSEN board member, Martinez helped work on the repeal of Arizona’s “No Promo Homo” law, legislation that prevented teachers from including any positive representation of LGBT people in the classroom. That included leaving HIV education out of sex education curricula as well as preventing LGBT people from being represented.

If you want students to be proud of who they are, Martinez said, they need to be represented.

“The law was being misinterpreted,” he said and was under threat of being declared unconstitutional at the time of its repeal. It was repealed, he added, by building partnerships.
“Collaboration is everything,” he said.

Martinez comes to Equality Texas at an opportune time in the Texas legislative cycle. He has a year to get prepared before the 2020 elections and then an additional two months before the next session starts.

Noting that Equality Texas is “an organization with a rich legacy,” Martinez said he plans to spend his first three to six months on the job on an introduction tour and learning about Equality Texas.

His first year will be a time to learn and build, he said, and provide others outside the LGBT community with tools they can use to work on behalf of our community. Martinez said he’ll use his first months to “build relationships with stakeholders” within the community, “do a lot of learning,” and then “create a plan.”

While he has more than a year to devise his legislative plan and has only briefly met members of the Texas House LGBT Caucus briefly at Equality Texas’ recent 30th anniversary celebration, he has ideas.

Martinez said he likes interim CEO Angela Hale’s idea of “going on the offensive” by introducing comprehensive nondiscrimination legislation. Also on his list is protecting minors with a ban on discredited conversion therapy. Then he will spend much of his time “fighting off the bad stuff,” something he learned during his years in Phoenix.
“GLSEN has a piece of my heart,” Martinez said, and he’d like to see more chapters in Texas. Currently, the only active chapter is in Austin.

He said he needs to learn more about senior issues in the Texas LGBTQ community, and he is anxious to meet with Coalition for Aging LGBT, active in four North Texas counties, and other senior groups in Texas.

While in Austin for Equality Texas’ 30th anniversary celebration, at which he was introduced to attendees, Martinez said he had a little time to search for an apartment with his partner, Kenny Dann. But for the moment, he’ll be moving to Texas alone while Dann completes a building project in Phoenix where he is constructing several rental units. Dann hopes to join Martinez in Austin within six months.

Dann is also from New York, but the two met in Phoenix and have been together more than three years.

Martinez said he wasn’t looking for a new job but was suggested for it by Andy Marra whom he met at a White House reception. He had been nominated as an emerging LGBT leader for his work with GLSEN and was one of between 30 and 40 other LGBT people between the ages of 17 and 30 chosen for the honor by President Barack Obama. At a reception held at Vice President Joe Biden’s residence, Martinez said he met Marra who has since been named executive director of the Transgender Legal Defense and Education Fund.

Martinez said he wraps up his work with Stand for Children this week and then has a week to move to Austin before starting his new job.

“I don’t know that I’ve experienced a city with a vibe like Austin,” he said. “I’m incredibly excited.”