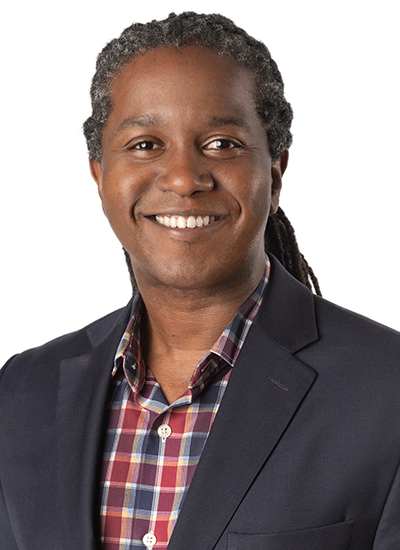 New research shows that nearly 70 percent of LGBTQ youth have reported symptoms of generalized anxiety disorder, with just over half reporting having experienced symptoms of major depressive disorder. While 86 of the LGBTQ youth surveyed said that recent politics have negatively impacted their well-being, 80 percent said that LGBTQ celebrities have positively impacted them.

And these days, as we all struggle to adjust to a world rocked by political strife, battles for justice happening daily in our streets and a worldwide pandemic changing almost every aspect of our daily lives, the stress these young people face, especially now as many of them are going back to school, can be even more overwhelming.

Dr. Maurice N. Gattis, an associate professor in the master of social work online program at Virginia Commonwealth University, has a few suggestions for helping ease the stress they face and calm their anxieties. He spoke recently with Dallas Voice to share some of those suggestions.

Dallas Voice: Does today’s political climate have a stronger impact on youth in general? Why is the impact so much stronger when it comes to LGBTQ youth? Dr. Maurice N. Gattis: Today’s political climate has a particular impact on youth because many of the policies being discussed and actions being taken will shape the future of the country, which youth will have to inhabit longer than generations that are older than them. In many respects, youth are leading the way in shaping the current political climate. The calls for equality, racial justice, LGBTQ rights and climate justice all have strong youth involvement and leadership.

LGBTQ youth are having their futures debated before their very eyes, and some are too young to participate in voting. For example, the recent Supreme Court ruling that backs LGBTQ worker protections is a public display of support to youth who want to be free to express themselves in the workplace were publicly validated by a powerful institution. Public affirmation of an LGBTQ identity has positive impacts on youth.
At the same time, the ban on transgender people serving in the military has negative consequences for transgender youth who aspire to serve in the military. It is also important to note that the fight for racial equality also is a fight for LGBTQ equality because there are LGBTQ youth who are black and are people of color.

Since Donald Trump became president, his administration has been systematically dismantling many of the protections that were in place for LGBTQ people, including guidances put in place by the Department of Education to protect LGBTQ students — especially the transgender students — in schools. How are those changes reflecting on LGBTQ students? These changes play a significant role in whether or not transgender students can fully engage in school activities, particularly activities that are separated by gender. Systematic exclusion has negative consequences for the health and mental health for transgender students.

Being denied the opportunity to play on a sports team that is in line with the gender that you identify with or being denied access to using the bathroom facilities that align with their gender identity puts transgender and gender non-conforming students at risk of not feeling like they are able to fully and meaningfully engage in school, which can lead to academic difficulty, skipping school or dropping out of school, and that would would prevent them from accessing a formal education which is mandated by law.

In the past six months, our country has been in and out of lockdown thanks to the COVID-19 epidemic. What kind of effect is it having on LGBTQ youth to be locked down in home/family situations that are not supportive and were already a source of stress for many? What can they do to cope with that stress? It is important to note that many LGBTQ youth are living on the streets because their families are not supportive of their sexual orientation or gender identity. So LGBTQ youth are over-represented among youth experiencing homelessness.

Youth experiencing homelessness during the lockdown are incredibly vulnerable because they don’t have a place to shelter in place, and their needs were not adequately being met before the lockdown. So they are more at risk for negative outcomes during lockdowns.

There are also some LGBTQ youth who are not out to family that they are living with, so they are not able to connect with people in their networks who affirm their identities outside of the home, which is detrimental to their well being. Continued concealment in the home without being able to interact with their support network is isolating.

Connecting with supportive online communities can be a way to cope with the stress of the isolation. Also, calling a support hotline if they feel like they are a danger to themselves is also a helpful strategy.

What can non-celebrity LGBTQ adults do to help ease the stress and anxiety and provide positive influence? Adults can listen, provide access to resources, be involved in their lives, advocate for LGBTQ policy protections at all levels, express interest in meeting LGBTQ friends and people they are dating, read and educate themselves about LGBTQ issues, encourage them to do things they enjoy. Just don’t put the burden on LGBTQ youth to educate you.

Maurice Gattis is an associate professor at VCU after serving in 2019-20 as iCubed visiting scholar in the Intersections in the Lives of LGBTQIA+ Communities Core. He has engaged in research activities regarding health disparities, Lesbian, Gay, Bisexual, & Transgender populations, homelessness and adolescent risk behaviors in the United States and Canada. His primary work focuses on the role of contextual factors, such as family, peers, stigma and discrimination, on negative psychosocial outcomes such as mental health, substance use.