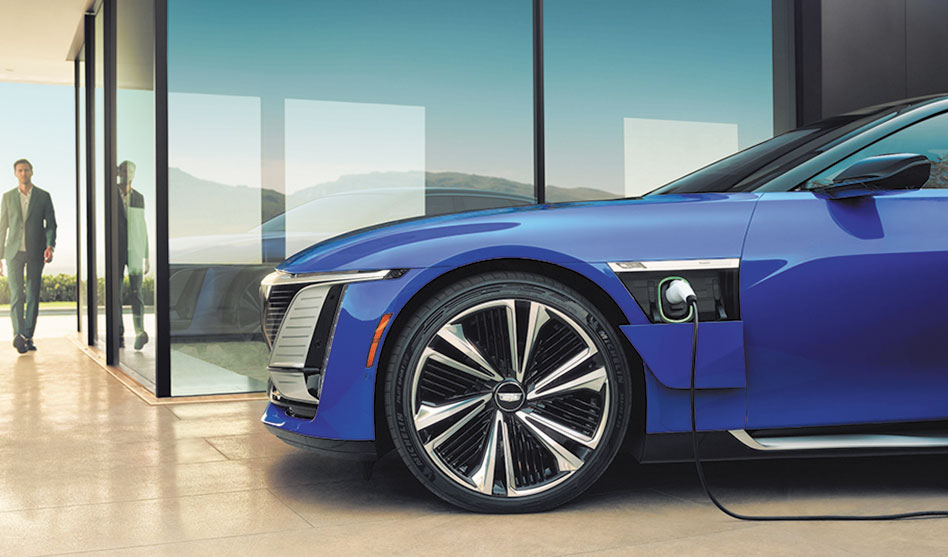 Ranges are increasing for EVs, and Uncle Sam will help with costs in 2023

This is the year during which even the most jaded gas-head has come to realize we’ll all soon drive gas-free. Electric vehicles (EVs) were once the baubles of Hollywood elites and electronics club geek-nerds, but they are now the smart conveyance for sexy cowboys, glittery drag queens and even your parents.

So plug in and get up to speed. 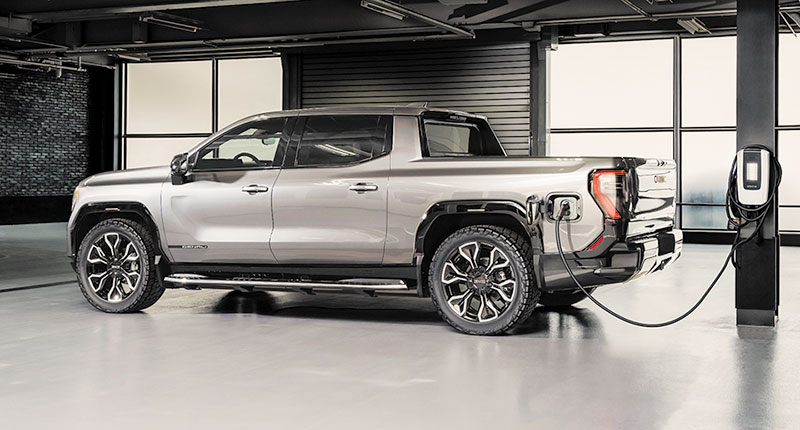 • Battery Electric Vehicle (BEV): A vehicle that runs exclusively on batteries with no extra engine as in hybrids.
• Frunk: That sealed cargo area in front of the vehicle where an engine used to rev.
• Kilowatt-hours (kWh): Current a battery can emit over an hour; defines energy capacity (higher means more range, acceleration or towing capacity).
• Horsepower: Defines work being done; a measure from the gasoline era to define automotive performance, but connecting old-school cars to the next generation.
• Torque: Twisting force that turns a vehicle’s wheels, typically higher in EVs because of their whirring electric motors.
• AC (Alternating current): Electrical standard homes are built on; safe for low-level EV charging.
• DC (Direct current): Electrical standard for electronics and EVs; allowing for fastest charging.
• Lithium-ion: Compact, high-density battery composition popularized in smartphones and laptops before becoming elemental in EV construction.
• Volts (charger): Higher volts = faster charging rates.
• Regenerative braking: Generators replenish electricity to batteries when decelerating instead of releasing it as heat.
• One-pedal driving: Ability of many EVs to “auto re-gen” when the accelerator is released, allowing most driving without the brake pedal.
• Range: How far you can travel from fully charged to parked roadside.
• MPGe: How far an EV can travel with 33.7 kWh, which is equal to the energy in one gallon of gas.
• Drag coefficient: Not your ability to woo RuPaul, but rather a measure of a vehicle’s resistance to the wind that contributes to range, acceleration and wind noise. 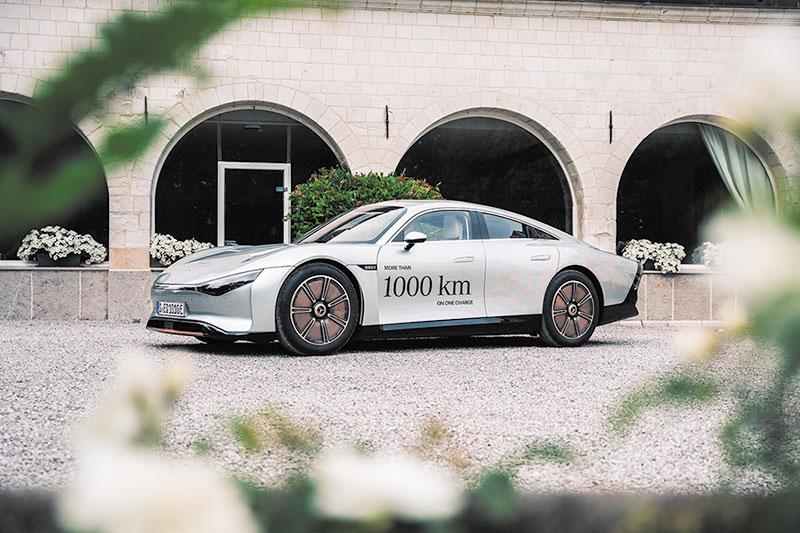 Range exchange
Anytime EVs are discussed, people want to know about range and recharge times as a comparison to gas-powered models. As I discovered on a drive to see my grandmother, finding a charging station in rural America is still a challenge. Fortunately, getting there is not.

“During the next-year-and-a-half, we’ll see the first 1,000 mile range,” said Scott Painter, an early advisor to Tesla and CEO of EV subscription service Autonomy. “The current threshold is 250 miles — really the cut off. Nobody is holding out anymore about driving electric. We’re going electric.”

Going farther, Mercedes-Benz recently drove its EQXX prototype from Stuttgart, Germany, to Silverstone, U.K. — 747 miles total — without recharging. Or consider the Kia EV6 we recently tested that can travel 300 miles per charge and replenish batteries 10-80 percent in 18 minutes.

This compares favorably to gasoline vehicles. Today, you exit the Interstate to a gas station, stand by the pump for ten minutes while filling up, then go into the convenience store for potty and poppers. EVs can recharge while you’re inside, providing virtually identical replenishment times.

“The fear we all have about not getting to a charging point is unfounded,” Painter said. “About 80 percent of us drive less than 25 miles per day. A normal EV has 250-300 miles of range. Worst case, you can always plug into a household outlet.”

But if you don’t want that, plugging your EV into a “Level 1” wall charger gains 25-30 miles overnight. Most EV drivers will have “Level 2” chargers installed at home. Installation requires a little bit of an electrician’s time, so expect to pay under $1,000 for the ability to add about 70 miles overnight.

You may notice automakers measuring charging 10-80 percent and not 100 percent. Fully depleting or charging the battery can damage it over time. Think of batteries like a bucket of water: To keep from “overfilling” and damaging the battery, charging slows considerably as it approaches 100 percent. Charging to 80 percent is more useful. 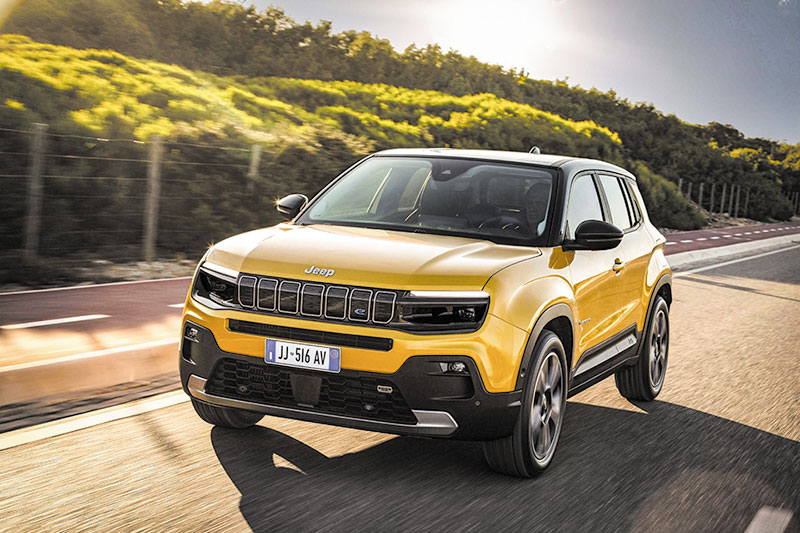 You may argue EVs are more expensive to acquire than gasoline-powered vehicles. The least expensive for 2023 is the Chevy Bolt, which costs around $27k and boasts 259 miles of range.

“A good rule of thumb is one-tenth the cost of gasoline,” Painter said. That assumes you primarily charge at home instead of paying public chargers.

To defray the cost of EVs, Uncle Sam will help in 2023. The Inflation Reduction Act that was passed this summer provides up to $7,500 for new electric vehicles and up to $4,000 for used EVs.

Vehicles must be assembled in the U.S. with at least one-half of components from North America (rising to 100 percent in 2029).

Despite all of this, having wide availability of chargers will remain a challenge outside of larger cities.

“We’re definitely not going to see EV infrastructure come in ahead of EV registrations,” Painter said. “Level 3 fast charging will follow interstates — based on population and EV ownership density.”

If you charge at home or have a charger at work, go forth and plug into your driving future. This is a road that will not end.