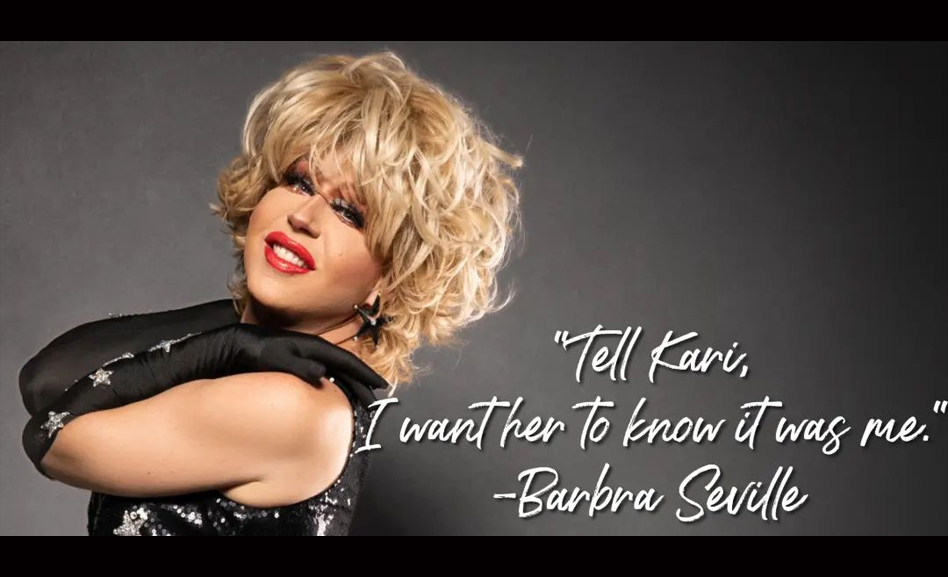 Shortly after Katie Hobbs was declared the winner of the governor’s race in Arizona over election-denying, drag queen-hating Republican Kari Lake, Phoenix drag queen Barbra Seville took the opportunity to “drop a new photo” on Facebook. And in a tribute to Game of Thrones’ Queen of Thorns Olenna Tyrell, Seville captioned the photo, “Tell Kari, I want her to know it was me.”

One of the cornerstones of Lake’s gubernatorial campaign — other than the totally debunked but oft-repeated claim that Democrats stole the 2020 presidential race from Trump — was the claim that drag queens are a threat to God, country, family and the American Way.

As LGBTQ Nation noted, Lake repeatedly attacked drag queens, writing on social media, Lake attacked drag queens as part of her campaign, writing on social media: “They kicked God out of schools and welcomed the Drag Queens. They took down our Flag and replaced it with a rainbow. They seek to disarm Americans and militarize our Enemies. Let’s bring back the basics: God, Guns & Glory.”

But Seville (whose government name is Richard Stevens) immediately and repeatedly called Lake out as a lying hypocrite she is. Before she decided to become a right-wing MAGA follower, Seville noted, Lake was a regular spectator at Phoenix drag shows and had even hired Seville to perform at a baby shower.

Seville told The Arizona Republic that Lake was “friends with drag queens. She’s had her kid in front of a drag queen. I’ve done drag in her home for her friends and family. She’s not threatened by them. She would come to shows constantly. To make me be the bogeyman for political gain, it was just too much.”

And in a social media post, Seville said Lake had “ c come to my parties and has been asked to leave because door people thought she was too intoxicated to remain on premises.”

In comments to her Monday post harkening to that Game of Thrones moment, Seville’s friends and fans applauded, with one suggesting that Hobbs owes her “one helluva gift basket,” and another declaring the drag queen had “reduced Miss Lake to a puddle.”

Another commenter wondered if “Puddles will be coming back to brunch now that the campaign is over?”