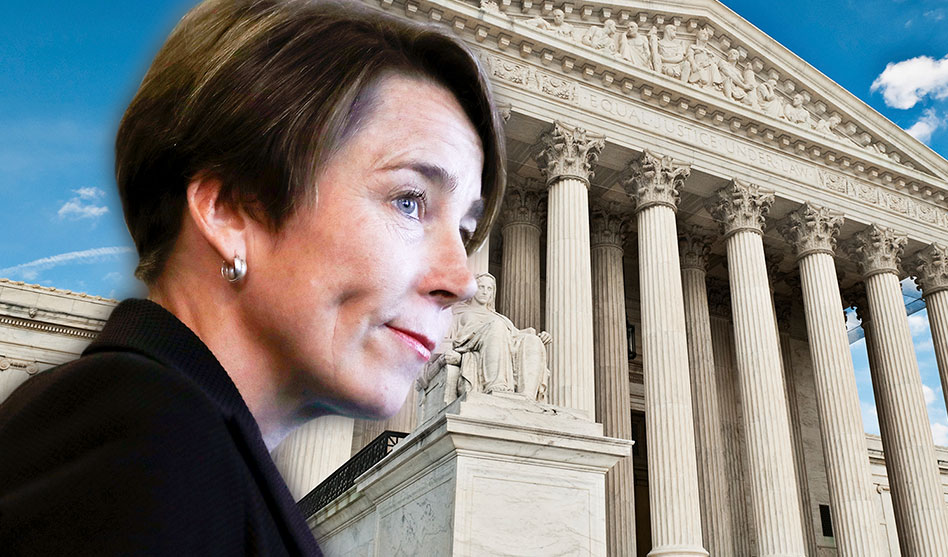 In a move that LGBT legal activists see as “deeply worrisome,” the U.S. Supreme Court on Jan. 17 said it will review two appeals in which the Trump administration is seeking to make it much easier for employers to exclude health insurance coverage for some medical procedures by saying such procedures violate their religious beliefs or moral conscience.

The cases, Trump v. Pennsylvania and Little Sisters v. Pennsylvania, originated as lawsuits by a wide variety of groups to stop new Trump administration regulations around the Affordable Care Act. Original ACA rules required most employers to include full coverage for certain preventive care, such as contraception. The ACA excluded churches from the requirement, and a later Supreme Court ruling, in Hobby Lobby v. Burwell, extended that exemption to corporations owned and operated by families.

But the new Trump regulations propose to extend exemptions to “conscience-based,” religious and moral objections to a larger, more wide-ranging variety of employers.

“The Trump rules set the stage for targeted, discriminatory exclusions of insurance coverage for reproductive care, gender transition care and family health benefits for workers with a same-sex spouse, among other things about which an employer might claim a religious objection,” said Jenny Pizer, senior counsel at Lambda Legal.

The Supreme Court consolidated both cases out of Pennsylvania, both of which were lost by the Trump administration at the Third Circuit U.S. Court of the Appeals, where a panel upheld a national injunction issued by the district court to stop the new Trump regulations from taking effect.

The regulations sought to enable a wide array of employers to deny coverage for procedures, by saying they have “conscience-based,” religious, or moral objections.

The National Center for Lesbian Rights and GLBTQ Legal Advocates and Defenders (GLAD) joined other civil rights groups in a brief at the appeals court level. They argued the Trump regulations would provide an exemption to “nearly every employer or university with a religious or moral objection from complying.”

The Trump administration’s petition to the Supreme Court argued that the administration was trying to resolve lawsuits brought by “many employers” who have religious and moral objections to certain coverage. The administration claimed the federal Religious Freedom Restoration Act requires its proposed regulations.

The RFRA says the federal government may not “substantially burden a person’s free exercise of religion without demonstrating a compelling interest in doing so.”

But openly lesbian Massachusetts Attorney General Maura Healey led a brief at the district court level, saying states have a compelling interest in “protecting the health, well-being and economic security of their residents.”

The brief was joined by California, New York, Michigan, Illinois, 15 other states and the District of Columbia.
Healey, who is expected to lead a brief on the Supreme Court appeal, too, said her office would “urge the Supreme Court to protect access to no-cost contraception for women across the country.”

“We will keep fighting for equality and do everything we can to protect personal health care decisions,” she said.
Pizer said that Lambda Legal has warned “from the beginning the dangers for LGBTQ and HIV-positive people, and others, of the religious exemption arguments pressed by employers… . We believe the Third Circuit gave proper answers to these questions and was on solid legal ground when blocking the Trump administration from enforcing its outrageous rules.”

These two cases will likely be argued in March, with decisions coming out in June.

LGBT legal activists also expect the Supreme Court to rule in June — though it could rule sooner — on whether Title VII of the Civil Rights Act prohibits discrimination against employees because of sexual orientation or gender identity. The justices heard oral arguments in October and are expected to issue two opinions on those matters, probably in late June, when the 2019-20 session ends.