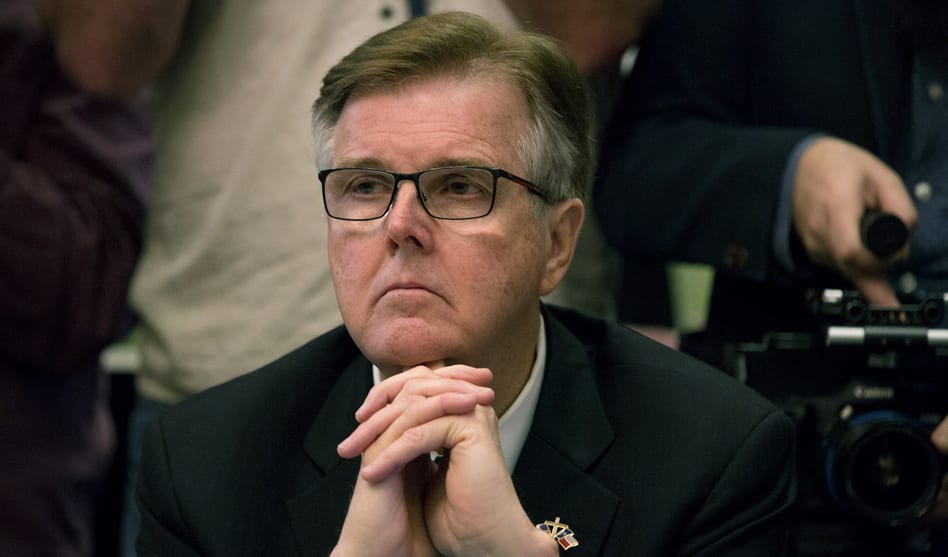 Lt. Gov. Dan Patrick always seems to get it right … at first. Here’s a list of the Texas Senate’s bills by number and priority. You can’t argue with the first three: The budget, reforming ERCOT and power grid stability. The budget is what the Legislature does every two years and considering what happened last week, ERCOT and the power grid failures affected almost everyone in the state.

But the Star Spangled Banner Protection Act? Because he’s mad at Mark Cuban? Mark doesn’t give a rats ass if the national anthem is played at Mavericks games or not. If it’s that important, he’ll play it. Interesting. though, he hadn’t been playing it all season and no one noticed until he mentioned it. This is just not important.

Election and ballot security — No. 7 on the list — are important to monitor. Congratulations to our Republican officials in Texas who oversaw a fair election. Unless there was a problem, which there wasn’t, tell them to keep doing the same thing. Not a legislative priority.

No. 8 and 9 are anti-abortion bills. Of course. At least the national anthem and elections are more important than abortion this year for some reason.

No. 10 would “stop taxpayer funded lobbying.” That means cities wouldn’t be allowed to have someone in Austin representing their interests. So when Denton wanted to ban fracking inside its city limits, they wouldn’t have been represented by a lobbyist. Only pro-fracking businesses would have had lobbyists. Denton lost that one anyway.

No. 19 and 20 are gun lobby bills. “Stop Corporate Gun Boycotts.” You know how Republicans don’t like business regulations? You know how they believe businesses are people and have religions? That only works for them when businesses are pro-gun. If a corporation wants to ban guns from its premises or boycott guns any other way, it’s their right. Just like how they can claim hiring a gay person is against the corporation’s religious beliefs.

No. 29 is the “fair sports for women & girls” anti-transgender bill. This would prevent trans teens from participating in school sports.

And last and least is redistricting. Required every 10 years under our constitution. No one expects this to get done in this session. A special session will most likely be called.