The damning report finding New York Gov. Andrew Cuomo violated the law by barring sexually harassing as many as 11 women on his staff has ensnared the president of the nation’s leading LGBTQ group, Alphonso David of the Human Rights Campaign 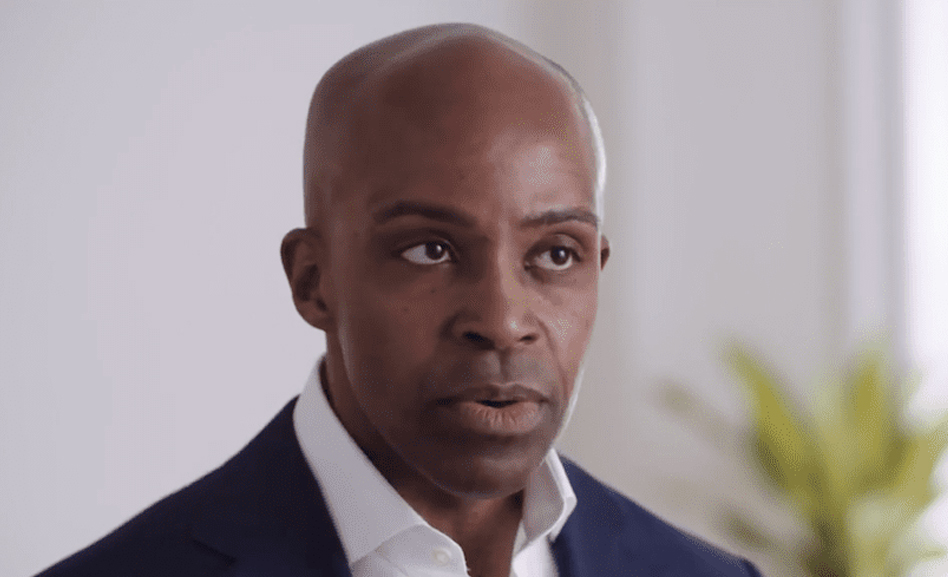 FROM THE WASHINGTON BLADE
Courtesy of National LGBT Media Association

The damning report finding New York Gov. Andrew Cuomo violated the law by sexually harassing as many as 11 women on his staff has ensnared the president of the nation’s leading LGBTQ advocacy group, Alphonso David of the Human Rights Campaign.

Although David insists the report does not indicate any wrongdoing on his behalf, the findings indicate after his tenure as counselor to Cuomo, that he kept the personnel file for an employee within the office accusing the governor of sexual misconduct, then assisted in efforts to leak that file to the media in an attempt to discredit her.

Further, the report finds David allegedly said he would help find individuals to sign their names to a draft op-ed that sought to discredit the survivor (that ultimately went unpublished), although he wouldn’t sign the document himself. Also, the report indicates David was involved in the discussions about another staffer secretly calling and recording a call between a former staffer and another survivor in a separate effort to smear her.

The explosive report from New York Attorney General Letitia James sent shockwaves when it came out Tuesday. Aug. 3, at a time when the country is still grappling with the treatment of women in the workplace after the “Me Too” movement, prompting fellow Democrats — including President Biden — to call on Cuomo to resign.

Cuomo has denied the conclusions of the report and not given any indication he’ll step down from his position as governor.

Following the issuing of the report on Tuesday, David joined the chorus of high-profile individuals calling on Cuomo to resign as governor. David tweeted, “After reading the AG’s devastating report that concluded Gov. Cuomo engaged in a pattern of sexual harassment, in violation of both federal and state law, he should resign.”

The tweet, however, ignores his mentions in the findings or alleged participation in discrediting sexual harassment survivors.

Criticism of David emerged from both the right and left in the aftermath of the report at a time when morale among many in the LGBTQ movement is low amid states advancing and enacting anti-transgender legislation and inaction on the Equality Act in Congress.

The Human Rights Campaign itself has had significant turnover, including in the communications department. Last year, the organization laid off 22 employees, citing the coronavirus pandemic, at a time when the latest IRS 990 for the organization revealed former president Chad Griffin and David drew combined compensation of more than $825,000 in fiscal year 2019.

David, responding to the report on Cuomo in an email to board members of the Human Rights Campaign and in a phone interview late Tuesday with the Washington Blade, is standing firm in denying any wrongdoing. In the email to board members, David said the findings “are beyond comprehension to me, and they break my heart as a former employee,” referencing the tweet he made calling for Cuomo to resign but also addressing the sections pertaining to himself.

David confirmed the accuracy of the email to the Blade.

Maintaining he “had no knowledge of the allegations of harassment outlined in the report,” David said he informed the board of ignorance on the issue “earlier this year” and except for one person, he doesn’t know any survivors referenced in the report.

Further, David said that one person “never disclosed” any allegations of sexual misconduct. David discloses his “substantive engagement” with this survivor “involved an investigation of her regarding allegations of racial discrimination by other employees.”

“A final conclusion was ultimately memorialized in a privileged and confidential memo drafted and retained by counsel’s office,” David writes. “After initially being unable to find the file, the Governor’s office requested a copy of the electronic memo from me which I provided (as I am required to do as a former counsel) but my copy was subsequently not relied on because the office found the full official file.”

Addressing the unpublished op-ed intended to discredit the survivor, David writes Cuomo’s office “had reached out to many former employees requesting that we sign a letter supporting the Governor and the office,” but he “declined to sign the letter and it was never released.” Speaking with the Blade, David confirmed the survivor whom he knows is Lindsey Boylan, a former senior staffer for Cuomo, who was among the first to accuse him of sexual misconduct in the workplace last year.

Meanwhile, the board of the Human Rights Campaign has shown no sign of turning on David. In fact, HRC announced it renewed David’s contract on his two-year anniversary for five more years.

“In recognition of his extraordinary leadership during extremely challenging times, we were proud to extend his contract to stay on in his role for five more years,” Cox and Patterson said. “For the last two years he has been boldly leading the organization as it works to achieve its mission: full equality for all LGBTQ people, in the midst of a global pandemic, a nationwide reckoning on racial justice, and the most important presidential election of our lifetimes.”

Speaking with the Blade, David also said he has no intention of stepping down from his position as president of the Human Rights Campaign voluntarily.

“This is my life’s work,” David said. “I’ve been a civil rights lawyer for 20 years. This is what I’ve been doing, this is what I did in government. I wrote the marriage equality law. I drafted the Paid Family Leave Law, drafted the minimum wage law, drafted regulations to prohibit discrimination against trans people. This is my life’s work. So, I intend to continue the work that I’ve been doing because the work of marginalized communities, the work to actually represent marginalized communities is too important.”

David’s role in the report stems mostly from the situation with Boylan. According to the report, Cuomo commented on her attractiveness, including comparing her to a former girlfriend; physically touched her on various parts of her body, including her waist, legs, and back; made inappropriate comments, including saying to her once on a plane, words to the effect of, “let’s play strip poker,” and kissed her on the cheeks and, on one occasion, on the lips.

After Boylan went public, the report says Cuomo’s aides “actively engaged in an effort to discredit her” as a survivor. Among the efforts cited in the report are “disseminating to the press confidential internal documents that painted her in a negative light and circulating among a group of current and former Executive Chamber employees (although not ultimately publishing) a proposed op-ed or letter disparaging Ms. Boylan that the Governor personally participated in drafting.”

David is mentioned in the report both during his tenure as counsel to Cuomo and during his time as Human Rights Campaign president. As part of a workplace conflict in 2018 noted in the report as unrelated to the sexual harassment but otherwise not described, David in his capacity as counsel was charged with managing the situation, the report says. Boylan tendered her resignation from the governor’s office. David, in his capacity as counsel, asked to create a file on Boylan and added the incident to her personnel file, according to the report.

After Boylan tweeted Cuomo is “one of the biggest abusers of all time,” a secretary of Cuomo’s, Melissa DeRosa, reached out to David, who was serving as Human Rights Campaign president, on Dec. 9 for a request to see the “full file” for Boylan. David said another staffer would have the information in her possession and be able to provide the file. Days later, David sent files relating to his investigation into Boylan shortly before her departure from the governor’s office, the report says.

David is quoted in the report as saying he kept a copy of Boylan’s files because it “may have been the only instance where [he] was actually involved in a counseling of an employee when [he] was in the Executive Chamber.”

It’s not immediately clear whether David keeping a confidential personnel file of an employee after leaving the workplace violates any laws. A New York State Bar Association spokesperson said the organization has “no ethics opinion on this issue.”

The report, in a subsequent section, continues to address the personnel file from which Cuomo’s office distributed unflattering information about Boylan, saying it came from “counsel’s office,” suggesting the information, at the end of the day, didn’t come from David.

A connection between David and Boylan comes up again in the report in a discussion about a potential op-ed from Cuomo’s office that was intended to discredit Boylan, but was never published. The report says David signaled he wouldn’t be among the signatories of the letter, but would help gather signatures. According to a footnote in the report, DeRosa told other former staff members whom she had asked to sign the letter David said he would sign the letter “if we need him.”

David, commenting on the unpublished op-ed when speaking with the Blade, said there were multiple iterations of the document in a draft form. Although one version was focused on more positive aspects of the workplace under Cuomo, David said another was more focused on Boylan and he wouldn’t sign it.

“I wasn’t willing to sign it because it included facts I couldn’t verify,” David said. “I was not aware of it. I wasn’t personally involved and had no personal knowledge, so I refused to sign the letter and I think everybody else did.”

David and other Cuomo staffers were involved in the internal discussion of plans to call Kaitlin and secretly record her in an effort to defame her, according to the report. David, speaking with the Blade, said he doesn’t deny that aspect of the report, but his role in the conversation about Kaitlin was limited and pertained to his duties as counsel to Cuomo.

“In that instance, it was simply asking me, in my role as a former counsel what the law was, not the context,” David said.

Charles Moran, managing director of Log Cabin Republicans, was among those seizing on the report as evidence corporate donors should reconsider their support for the Human Rights Campaign.

“It should disturb every corporate donor to the HRC that its president Alphonso David colluded with Gov. Cuomo to smear one of the women Cuomo sexually harassed,” Moran said. “Alphonso David’s behavior is disqualifying and he should resign immediately, but the fault doesn’t just lie with him. The Human Rights Campaign markets itself as champions for LGBT Americans. In reality, it champions left-wing Democrats — apparently even those guilty of sexual harassment — and bullies anyone who gets in their way.”

Max Micallef, a queer rights activist who serves on the Advisory Council of EqualityNY and as the public policy coordinator with GLSEN Lower Hudson Valley, issued a statement on Tuesday calling for both Cuomo and David to resign.

“We all deserve so much better,” Micallef said. “The LGBTQ+ community does not stand for this level of complicity and cowardice. Along with Gov. Cuomo himself, Director McMorrow and President David must step down from their positions immediately as they have clearly failed to represent the interests of LGBTQ+ New Yorkers, and advocate against their systemic violence.”