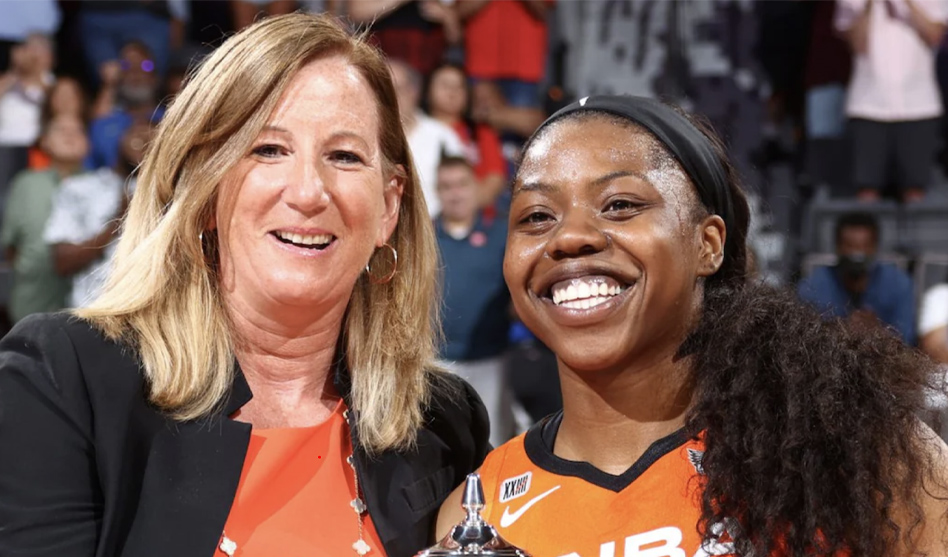 Dallas Wings’ guard Arike Ogunbowale has been named Most Valuable Player at the AT&T WNBA All-Stars game, played Wednesday, July 14, at the Mandalay Bay Resort and Casino in Las Vegas.

Ogunbowale, playing for Team WNBA, scored 26 points to lead Team WNBA to a 93-84 win over Team USA — all while, at the same time, live-tweeting the game. Nine of those 26 points came in the fourth quarter, including a clutch four-point play that gave Team WNBA a six-point lead with under six minutes left to play.

Ogunbowale, 24, played college ball at Notre Dame. She is in her third season in the WNBA and her third season with the Dallas Wings, after the Wings made her their first-round draft pick in 2019 (she was the fifth pick overall in the first round).

This was her first year on the All-Star team.