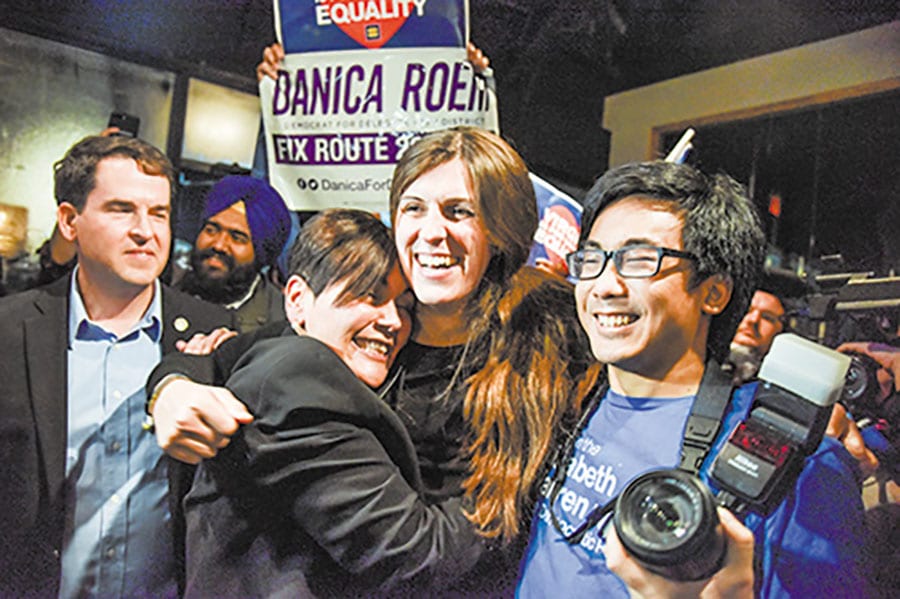 The convention takes place online from June 1-6. Convention speakers include presumptive presidential nominee Joe Biden and House Speaker Nancy Pelosi. The convention is free to attend and can be streamed at TexasDemocraticConvention.com.

The LGBTQ panel that will be held Monday, features Roem, one of only two transgender members of a state legislature. She was elected in 2017, defeating the author of that state’s failed bathroom bill who billed himself as the state’s “chief homophobe.”

Since her election, Roem has helped shepherd the Equal Rights Amendment to the U.S. Constitution through the Virginia Legislature. The Washington Post wrote that her speech, “demonstrates in just over three minutes how much one election has changed this 401-year-old institution.”

In February, Virginia became the first southern state to ban LGBTQ discrimination after Roem’s legislation passed. Texas state Rep. Jessica Gonzalez announced this week she is filing similar legislation in the next session of the Texas Legislature.

In March, Virginia became the first southern state to ban reparative therapy for teenagers after the state’s legislature passed another of Roem’s bills.

The panel discussion takes place at 6 p.m. on June 1 at the convention website.