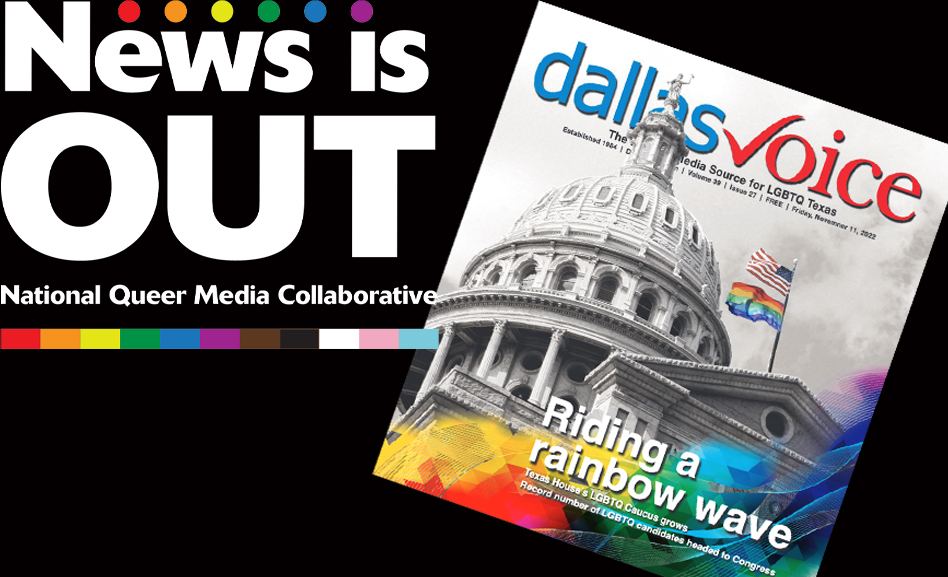 Dallas Voice has been chosen as one of 450 newsrooms from 52 countries as a recipient in Google’s News Equity Fund, a global commitment by Google to provide financial support and opportunities to news organizations primarily serving under-represented communities.

According to a statement from google, the News Equity Fund is intended to “strengthen inclusion, further empower a diverse news ecosystem and specifically support small and medium-sized publishers creating original journalism for under-represented audiences around the world.”

Dallas Voicer publisher/owner Leo Cusimano said, “Today, the name of the game is sustainability. With Google’s assistance, [Dallas Voice and five other LGBTQ media outlets have] established a collaborative called News Is Out.”

News Is Out is “a pioneering national collaborative of the leading local queer news publishers” that includes “six of the leading local and queer-owned LGBTQ+ publishers across the nation.” The collaborative’s mission is to “deliver compelling journalism which engages, amplifies and connects the LGBTQ+ community” and to”advance LGBTQ+ equality through solutions-oriented journalism, in the face of continued discrimination.”

Dallas Voice, founded in 1984 by Robert Moore, Don Ritz and William Marberry. Within the first year, Moore and Ritz bought out Marberry’s share in the business, and they ran the Voice together until Ritz’s death in early 2001. Moore then became sole owner and publisher until 2013, when he retired and sold the business to Cusimano and Terry Thompson. Thompson retired at the end of 2017, leaving Cusimano as sole owner and publisher.

Dallas Voice has, since its founding, published a print edition each Friday. Today, the Dallas Voice media company includes our website, DallasVoice.com, a presence on multiple social media sites including Facebook and Twitter, an annual LGBTQ visitors guide called Out North Texas and a video component called DVtv Studios, which include DVtv On the Scene and DVtv Live, streaming each Friday at 2 p.m. CT on Facebook.