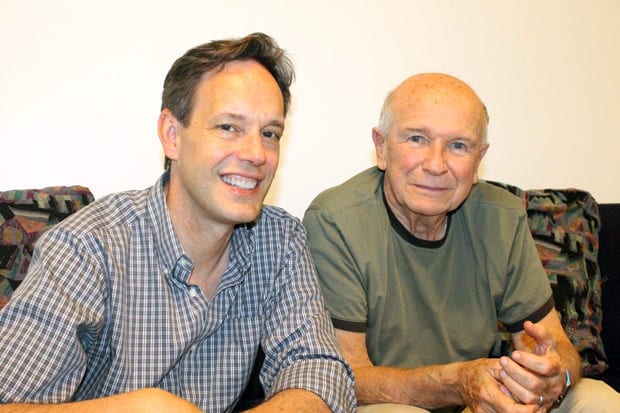 The Dallas Opera’s 2020 season was essentially canceled, but that has not deterred to company from awarding its highest honor, the Maria Callas Award, in a profound and unique way.

This year’s recipient is Terrence McNally… perhaps not a name you quickly associate with opera, but in this case is richly deserved.

McNally — who hailed from Corpus Christi — died earlier this year, one of the first celebrity fatalities attributed to COVID-19. A Tony-winning playwright and musical book writer, McNally also dipped his toe into writing libretti for contemporary opera — significantly, Great Scott, which received its world premiere at the DO in 2015. McNally also developed Moby-Dick, also with composer Jake Heggie (pictured together above), before having to step back due to health reasons. Gene Scheer wrote the libretto for the acclaimed opera, which opened in 2010.

The award, named for probably the greatest soprano of the 20th century (who gave the inaugural concert launching the DO more than 60 years ago), usually goes to a performer who appeared onstage a DO production. This posthumous award to McNally will be presented to McNally’s husband, Tom Kirdahy.