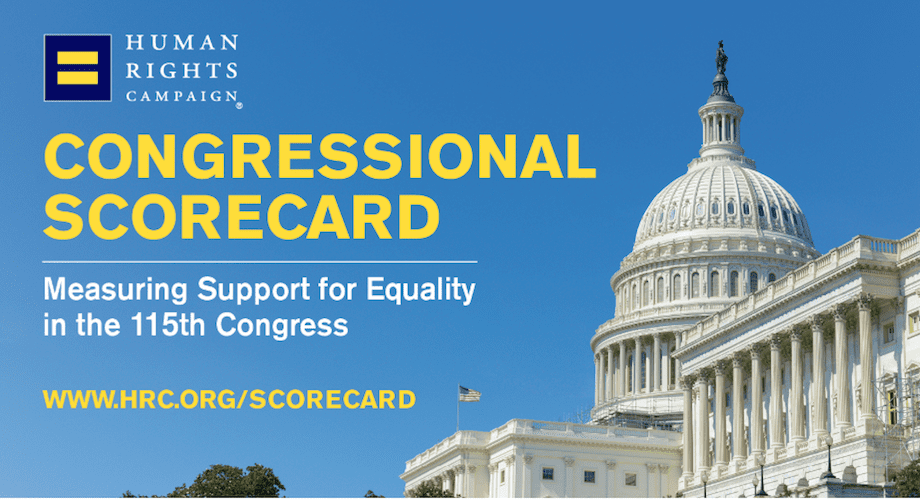 So did every Republican member of the House of Representatives except Texan Will Hurd, who achieved a score of 30. Hurd is running against lesbian candidate Gina Ortiz Jones for the West Texas seat that stretches from El Paso to San Antonio. It is seen as as swing district, and she’s out-raised him so far.

For the senate scoring, HRC looked at three votes, including Affordable Care Act repeal, 10 co-sponsorships including four for non-discrimination legislation, and five confirmations including two for U.S. Supreme Court, two cabinet positions — Betsy DeVos and Jeff Sessions — and a circuit court judge for the 5th District that includes Texas.

On the House side, ratings were based on four legislative votes, including repeal of the ACA and 11 co-sponsorships including five for non-discrimination legislation.

Rep. Eddie Bernice Johnson scored 88 because of missed co-sponsorships. That doesn’t mean she wouldn’t have voted for bills that made it to the House floor.