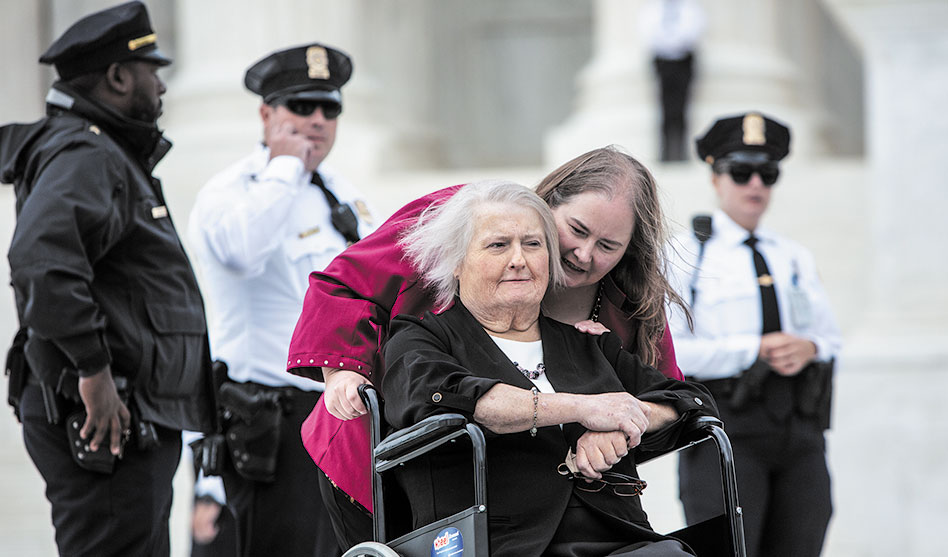 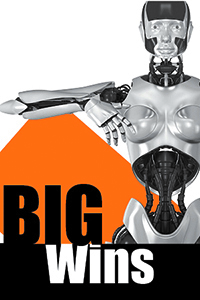 Many of the LGBTQ community’s biggest steps forward in the march toward equality have come in the courts, and 2020 saw one of the biggest legal wins yet, with a June 15 ruling from the U.S. Supreme Court finally giving LGBTQ people federal protection from discrimination in employment.

Here are a few legal victories this year, starting, of course, with workplace protections decision.

• Bostock: U.S. Supreme Court rules against employment discrimination
In one of its biggest rulings of the year and its first ruling on LGBTQ rights since Masterpiece Cake, the U.S. Supreme Court ruled that discrimination based on sexual orientation or gender identity is discrimination based on sex and is illegal under the Civil Rights Act. This decision came in Bostock v. Clayton County, which combined three cases: Bostock, in which George Bostock was fired from his job with Clayton County for “conduct unbecoming a county employee” after he began playing in a gay softball league; Zarda v. Altitude Express, in which skydiving instructor Donald Zarda, formerly of Dallas, was fired after telling a female customer he was gay to help her feel less uneasy about being attached to him during a tandem sky dive, and R.G. & G.R. Harris Funeral Homes v. EEOC & Aimee Stephens, in which Aimee Stephens was fired from her job with a funeral home after telling her employers she was transitioning from male to female. 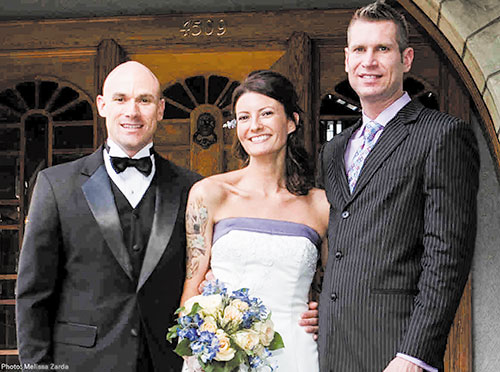 Since SCOTUS’ marriage equality ruling in 2015 in the case Obergefell v. Hodges, the saying has been “You can get married on Sunday and be fired for being gay on Monday.” But now, as a result of the Bostock ruling, which banned workplace discrimination based onsexual orientation and gender identity.

• Discharge of airmen with HIV illegal
The year started with a ruling benefiting people living with HIV and serving in the military. The U.S. Court of Appeals for the Fourth Circuit based in Richmond, Va., upheld a lower court ruling in the case Roe & Voe v. Esper that halted efforts by the Trump administration to discharge members of the Air Force because they are living with HIV. The decision allows the two active-duty airmen that brought the case to continue serving in the U.S. Air Force and prevents the discharge of any other airmen living with HIV.

• Denial of healthcare to transgender employees unconstitutional
A federal district court in Alaska ruled in March in the case Fletcher v. State of Alaska that the state’s denial of health care coverage to a legislative librarian based on its blanket exclusion of medically necessary transition-related surgical treatment from AlaskaCare, the state employee health care plan, is unlawful sex discrimination that violates federal law.

• Anti-LGBTQ curriculum struck down
In March in the case Gender and Sexuality Alliance v. Spearman, a U.S. District Court in South Carolina struck down the state’s 1988 anti-LGBTQ curriculum law, declaring it unconstitutional. The statute had prohibited any discussion of same-sex relationships in health education in public schools except in the context of sexually transmitted diseases.

• Access to social security extended
A federal district court in Arizona ruled in May in Ely v. Saul that the U.S. Social Security Administration’s refusal to consider the claims for survivor’s benefits by same-sex spouses who were unable to be married for nine months because of state marriage bans is unconstitutional. A surviving spouse may now claim benefits if the legal marriage was less than nine months — the usual period of time required to qualify for survivor’s benefits — if the spouse can show the couple would have married sooner had it been legal.

• Access to corrected birth certificates
In the case F.V. v. Barron, an Idaho federal court ruled struck down a new state law preventing transgender people born in Idaho from changing the gender marker on their birth certificates to match their gender identity. They found the ban was in violation of an existing permanent injunction issued in 2018 that declared such a ban unconstitutional.

• Transgender students must have access to bathrooms
The Eleventh Circuit Court of Appeals ruled in August, in Adams v. The School Board of St. Johns County, Fla., that a Florida student must have access to bathrooms that match his gender identity. The court upheld a lower court ruling that found the student’s 14th Amendment equal protections were being denied and the school was violating Title IX’s prohibition of discrimination on the basis of sex.

• Injunction against healthcare discrimination
The Trump administration issued new rules rolling back Obama-era regulations that extended discrimination “on the basis of sex” to include gender identity and sexual orientation under the Affordable Care Act. In August, a federal trial court in New York issued an injunction to prevent healthcare providers, insurance companies and others from discriminating. The lawsuit is Whitman-Walker Clinic v. HHS.

• Treating children born abroad to same-sex couples the same as to opposite-sex couples
A federal court in Georgia, ruling in Mize-Gregg v. Pompeo, has ordered the Trump Administration to recognize the U.S. citizenship of the two-year-old daughter of a same-sex couple.