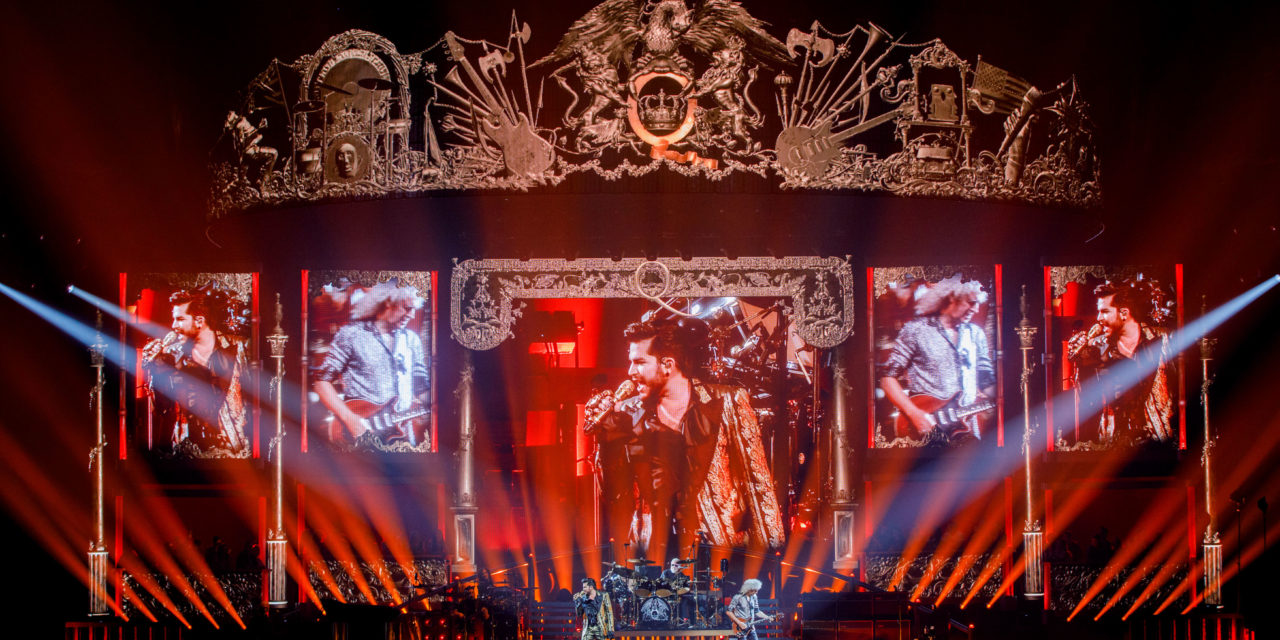 “Let’s address the pink elephant in the room,” Adam Lambert exhorted the audience at American Airlines Center tonight, gathered to see the American Idol finalist and of late frontman for the band Queen. “I am not Freddie; nobody could be,” Lambert said, referring to the late lead singer (and subject last year of the Oscar winning biopic Bohemian Rhapsody). Instead, he said, we would, collectively, be celebrating Freddie Mercury and Queen together.

And for more than two hours, that is just what happened, it the best way possible.

Queen was one of the first arena rock bands, one whose showmanship and flamboyance helped define the music (and the culture) of the 1970s. But there wasn’t a song in the lineup that I could say was recorded after the 1980s — Queen was great, and it is great, not as a nostalgia act (despite the presence or original members Brian May and Roger Taylor) but for the sound that transcends generations. This stuff just doesn’t get old.

Lambert has been fronting Queen for eight years, and it’s true — he’s not Mercury… but he is Adam Lambert, himself a powerhouse singer. The concert could seem cover-bandish, merely recreating old standards, but it’s more thrilling than that. Lambert gyrates (on “Don’t Stop Me Now”), wails (on “Another One Bites the Dust”) and flounces (on “Somebody to Love”), but he’s not doing Freddie — he’s doing himself, the product of a musical landscape for which Queen was inescapable. When he struts out in a studded leather costume (one of at least five changes I counted), his version of a leatherman is less Castro District and more Greenwich Village. We all have a little Freddie in us, and Lambert lets his shine through.

The again, May and Taylor don’t need to imitate anybody — they are already one of the greatest guitarists of all time, and solid rock drummer. Taylor takes over the Bowie vocals for “Under Pressure,” and May gets the royal treatment as well, with a special introduction, plenty of guitar solos among the two-dozen or more numbers and even a solo. When May mentioned how fond the band has always been of Dallas as that the city had, in fact, been an inspiration, it felt perhaps like rock show puffery… until the band launched into “Fat Bottomed Girls” and the Dallas Cowboys Cheerleaders joined them, and you knew May wasn’t foolin’ when he paid homage to being inspired by Texas’ reputation for the over-sized.

Queen’s rendition of “Who Wants to Live Forever” took on a sad poignancy in the context of the late Mercury (who nevertheless made several guest appearances through video technology (the visuals — operatic and lush, with nods to the original album covers, and even films like Metropolis — were amazing), and through “Radio Ga Ga,” the much-anticpiated “Bohemian Rhapsody” and the predicted encore (“We Will Rock You/We Are the Champions”), this Queen proved, nearly 50 years later, that they can still checkmate lesser bands. 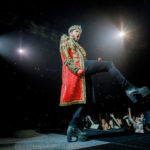 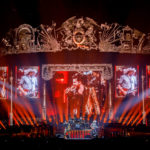 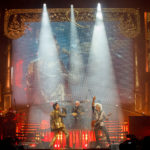 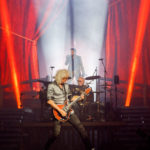