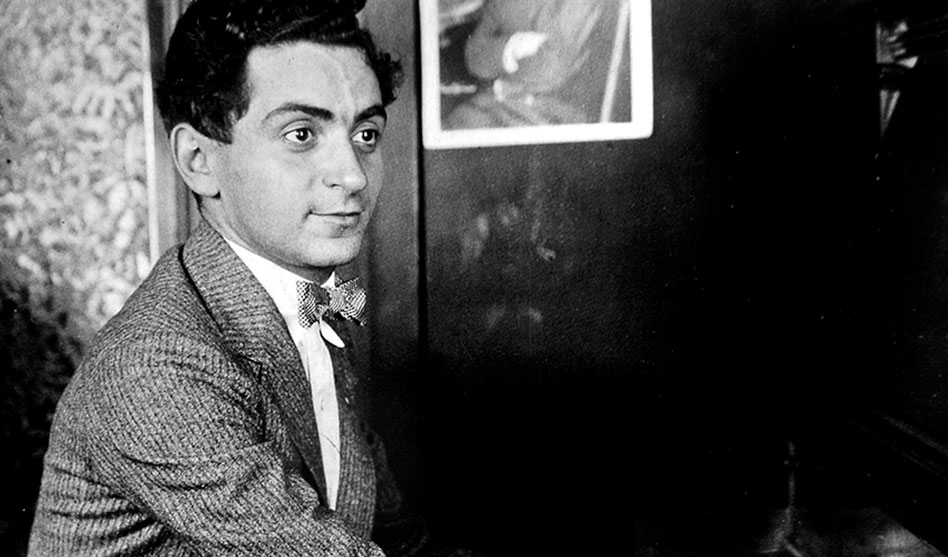 So much Christmas music has been written by Jews that each year on the Jewish Music Hour on KNON, I host “The Totally Inappropriate Jewish Music Hour Christmas Music by Jews.” But who are some of these songwriters?
Irving Berlin’s “White Christmas” is the most-recorded Christmas song ever. Berlin was born in Siberia in 1888 and emigrated to the U.S. through Ellis Island when he was five. Although he had few memories of Russia, he always had a love and appreciation for his adopted land, which led him to write “God Bless America.” But not only did the Jewish Berlin write the most-recorded Christmas song, he also wrote “Easter Parade,” the most-recorded Easter song.

Johnny Marks made a career out of writing Christmas music. His most enduring song is “Rudolph the Red-Nosed Reindeer,” but “Rockin’ Around the Christmas Tree” and “A Holly Jolly Christmas” were huge hits, too. “Silver and Gold,” “I Heard the Bells on Christmas Day,” “I Don’t Want A Lot for Christmas” and “Everyone’s A Child At Christmas” are among his other Christmas hits. “Rudolf” was based on a poem by his brother-in-law, Robert L. May. May, like Marks, was Jewish.

Jay Livingston and Ray Evans are probably best known for writing the theme songs to Bonanza and Mister Ed as well as Doris Day’s theme song “Que Sera Sera.” But the Jewish songwriting pair go down in Christmas music history with their 1951 song written for the film The Lemon Drop Kid, “Silver Bells.”

Joan Javitz, niece of former New York Sen. Jacob Javitz, co-wrote the song “Santa Baby” that became a huge hit for Eartha Kitt in 1953. The song, which is often listed as the worst Christmas song ever, was temporarily banned across the American South, because its lyrics poked fun at all the things people want for Christmas.

During World War II, “I’ll Be Home For Christmas” expressed the sentiments of soldiers stationed overseas hoping the war would be over soon. It became the Christmas hit of 1942, but it was written by Walter Kent, a Jewish Tin Pan Alley songwriter from New York.

“It’s the Most Wonderful Time of the Year” is by Edward Pola and George Wyle. The Jewish songwriting duo wrote a number of songs together, but Wyle is best known for his solo work “The Ballad of Gilligan’s Island.”
Felix Bernard wrote “Winter Wonderland,” but he died at age 47 in 1944, two years before it was recorded and became a Christmas hit.

And what would Broadway be without its Jewish songwriters and lyricists? And lots of classic, heartwarming Broadway musicals have a scene that takes place at Christmas.

Mame’s music and lyrics were written by Jerry Herman. “We Need A Little Christmas” is one of the show’s standout hits that appears in the first act as well as in the finale. Promises, Promises’ music is by the Jewish songwriting team of Burt Bacharach and Hal David. “Christmas Day” is featured in the second act. Jewish songwriting team Martin Charnin and Charles Strouse wrote Annie’s “A New Deal for Christmas.”