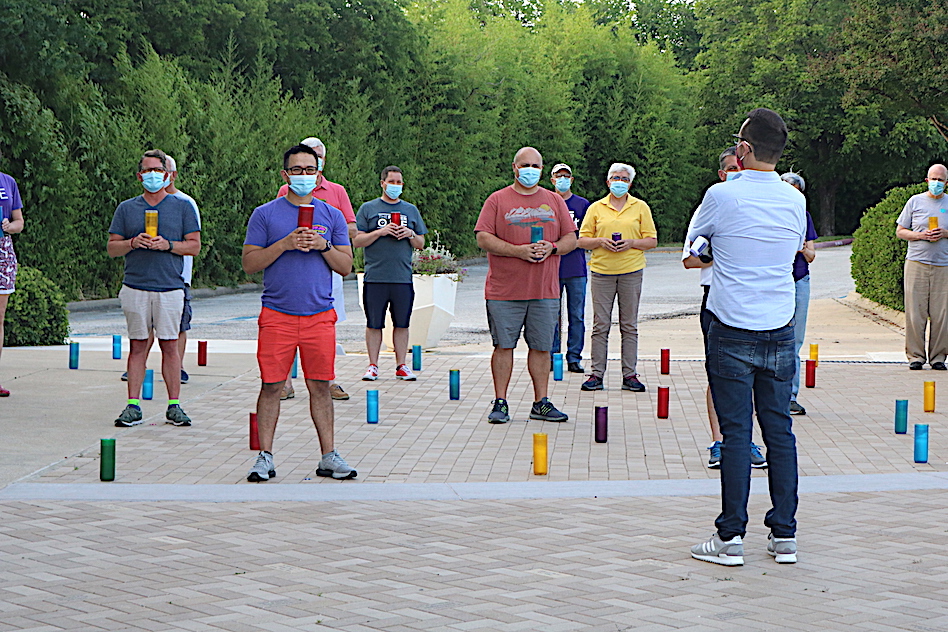 Sean Baugh directing members of the Cathedral of Hope Choir and the Turtle Creek Chorale for a new video. (David Taffet/Dallas Voice)

Members of the Turtle Creek Chorale and the Cathedral of Hope Choir began producing a new socially distanced video on Tuesday evening, May 19.

Small groups got together to stage the scene and photos will be superimposed to create the illusion of a large choir singing together. Because singing in a group requires distancing of much more than six feet, the singing will be individually recorded at home by members of both groups. Candles standing on the group are where singers stood in previous shots that will be interwoven.

Groups arrived for the five minute video shoot every half hour, but because of the joy of seeing each other after two months apart, Artistic Director Sean Baugh, who took each person’s temperature as they arrived, found himself shooing everyone away as well.

“I love you! Go home!” he told each group as they finished.

Baugh said this was the first time the two groups have worked together since the AIDS crisis. He is the artistic director of both groups. He asked singers to get him recordings within the next two days so he can start putting the music and video together to release by the end of next week.