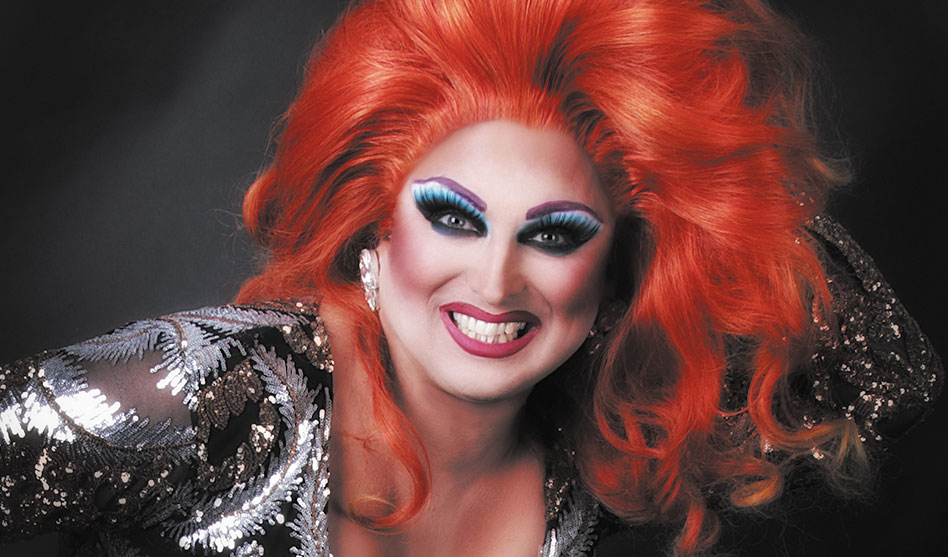 With Texas continuing to report record or near-record numbers of new COVID-19 cases daily, and with our attention rightfully focused on the ongoing protests calling for justice for black Americans, our traditional LGBTQ Pride Month celebrations have been muted — some delayed, some cancelled completely.
But we as an LGBTQ community are resilient. We have lived through oppression; we have lived through a plague. We know how to celebrate without losing sight of the battles that still lie ahead. 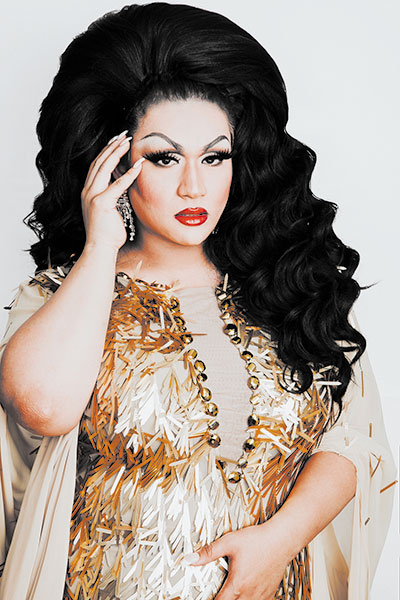 Last year, the world celebrated the 50th anniversary of the Stonewall Riots, which on June 28, 1969, birthed the modern LGBTQ civil rights movement. This year, we celebrate the 50th anniversary of the first LGBTQ Pride march. And while the Dallas Pride celebration has been rescheduled to the last weekend in July and has gone virtual, we still have plenty of virtual celebrations set for this weekend, too.

Dallas Voice’s Pride Party Online
“This is a very important time for us in the LGBTQ community to stand up and make our voices heard,” Dallas Voice Advertising Director Chad Mantooth said this week, explaining why the Voice is holding the Pride Party Online on Sunday, June 28. “We saw that Pride celebrations were being cancelled across the country, and we know that people still wanted to be able to celebrate and show their pride.
“We know that it’s important for us to be visible, no matter what.”

Noting Mantooth’s years of experience working in marketing and promotions in the radio industry, Dallas Voice publisher and owner Leo Cusimano put him in charge of creating Pride Party Online and named him executive producer of the event. Mantooth set out on his mission to bring together a diverse array of celebrities and entertainers — both local and international. And Cusimano reached out to Israel Luna, a well-known and successful North Texas filmmaker and producer for the Voice’s video programming arm, DVtv, to get his help in bringing it all together in a high quality, high entertainment online event.

“This show has been a labor of love by many people in the LGBTQ community,” Mantooth said. “Everyone donated their time and efforts to make it happen.

“The show will, hopefully, be inspiring and entertaining for everyone. But we also wanted this show to be fun!” he continued. “This has been a rough four months for everyone, and we wanted to put on a show that people can enjoy and that will embody the spirit of Pride in all its forms.”

Dallas’ own Alyssa Edwards — a RuPaul’s Drag Race and Drag Race All Stars alum who starred in her own Netflix reality show, Dancing Queen, among other accomplishments — will also be performing. And the internationally-recognized Turtle Creek Chorale has put together a special ensemble video performance for the event 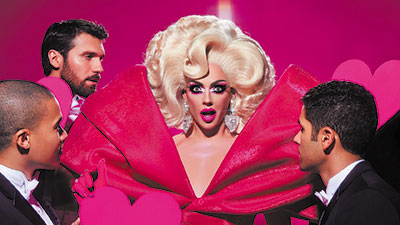 Rise Together
June is always a big month for the Greg Dollgener Memorial AIDS Fund, with its largest fundraiser of the year — MetroBall — usually happening the first weekend of Pride month. This year, though, MetroBall, which would have celebrated its 25th year, also fell victim to the relentless COVID-19 pandemic and was cancelled.

But GDMAF officials were not daunted and have now joined forces with beloved Texas playwright Del Shores and the WNBA’s Dallas Wings to offer the virtual Pride celebration Rise Together, streaming live at 7 p.m. Tuesday, June 30 and available for everyone at gdmaf.org/RISE.

“The pandemic has hit all nonprofits hard, but the mission of GDMAF — to help those with HIV and AIDS in emergency needs — has not stopped and has become an even bigger challenge during this time,” said GDMAF founder David Hearn. “There are more cases of people losing their jobs, being behind on rent or losing their housing or even struggling just getting food. The money we raise during this event, as we ‘Rise Together’ to help each other, will be critical.

“The other good thing,” he added, “is that we will be able to reach a lot of new people from all over the U.S, and, hopefully, internationally to learn more about GDMAF and what we do.” 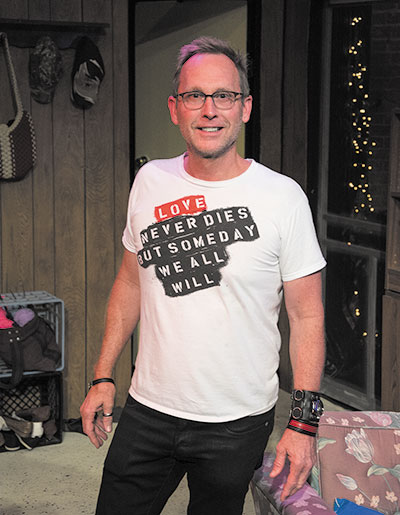 Hearn explained that 70 percent of GDMAF’s funding comes from support from the community organizations that help raise money, organizations that include Texas Bear Round-Up, Dallas Bears, United Court of the Lone Star Empire, DFW Sisters, DIFFA, the Miss Gay Texas State Pageant System and Lifewalk. But those organizations have also seen their own fundraisings events cancelled due to the pandemic, and that means GDMAF has “has taken a big hit on our funding,” Hearn said.

So GDMAF and the Dallas Wings, with whom GDMAF has formed a new alliance this year, reached out to Shores, “who agreed without hesitation to help us out.” Hearn said. “He has been a big HIV and AIDS activist over the years. and we are thrilled to have his support in this.”

Hearn said that GDMAF’s new relationship with the Dallas Wings included the WNBA team choosing GDMAF as a beneficiary for the team’s June Pride game. Again because of COVID-19 which has delayed the WNBA season that should have started in May, that Pride Month game had to be reset for June 2021.
“But the Wings still wanted to help GDMAF get the funding we need, so we joined together to create Rise Together,” Hearn said.

Jordan Baccus, manager of group sales for Dallas Wings, said, “Even a global pandemic during Pride month won’t stop the LGBTQ community from celebrating who they are and their allies that support them. I am extremely grateful to have had the opportunity to co-create this virtual Pride event with GDMAF and Pride Basics during these unprecedented times. 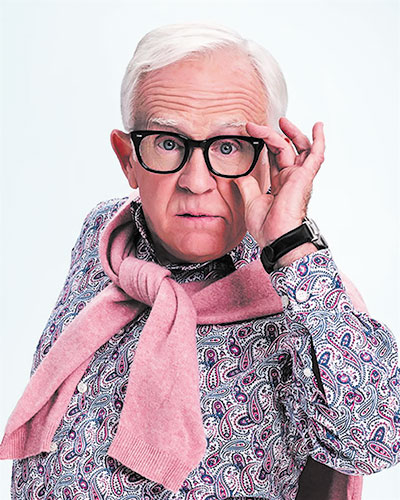 “The work that GDMAF does to help those living with HIV and AIDS is remarkable and that they have done this for 25 years and continue to do so during a global pandemic is even more remarkable,” Baccus added. “And working with Brian Ivanchan at Pride Basics to create a limited and one-of-a-kind Pride merchandise box has been a blast. The work that Pride Basics has done for the LGBTQ community over the years to make sure all are seen and heard is admirable.”

Baccus concluded, “Both of these organizations’ stories and missions are why I choose to continue to build meaningful relationships within the community, so that we can all help each other and ‘Rise Together.’”

Rise Together will feature some previous MetroBall performers, including Tiffany, Thea Austin, Chris Chism, Jenna Skye, Chad Michaels as Cher, Thelma Houston, One Up, David Hernandez, Ada Vox, Ray Issac and more. There will also be special guests like John Carlo from Prism Health, GDMAF volunteer Jose Avila and Dallas Wings President and CEO Greg Bibb, and a presentation on the story of Greg Dollgener and GDMAF during the broadcast.

There will be an online silent auction, live chat with Shores, contests with prizes and more. Viewers can text RISE to 44321 to make a donation any time, and donors will be recognized during the event by Shores.
Also available are special PRIDE products produced by GDMAF, Dallas Wings and Pride Basics, with Pride Boxes available now and during the event for donations of $30 and $50 that include with special Rise Together T-shirts with custom LGBTQ PRIDE Colors on the wing.

And to cap it all off, at the end of the night Dallas Pride Executive Director Jaron Turnbow will make a special announcement about Dallas Pride on July 25-26 that will include news about GDMAF.

Trinity Pride of Greater Fort Worth
Trinity Pride of Greater Fort Worth, created “with a vision of inclusivity and transparency,” held its first event — a Pride picnic — in June 2019. This year, of course, the ongoing COVID-19 crisis forced this celebration to go virtual, too. The Virtual Trinity Pride Fest will be streaming on Facebook beginning at 8 p.m. Saturday, June 27, and will feature “stunning local drag queens and special surprise guests” and with “resources on how we can support each other through COVID and how we can support our brothers and sisters of color through anti-racism efforts,” organizers said. 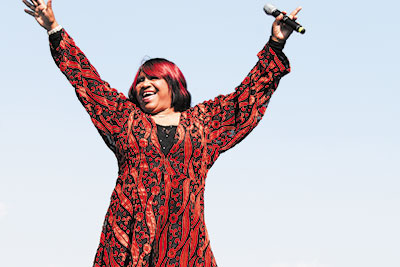 The focus on fighting racism was, in fact, an integral part of the original vision for Trinity Pride, “to create a movement that outlasted Pride Month in June and became a resource for the queer community.”
Trinity Pride officials said in a statement this week, “Fort Worth has struggled over the years with issues surrounding race and segregation, and the queer community hasn’t fully evaded those very same problems.

“As the Black Lives Matter movement has amassed followers, Trinity Pride felt it was our duty as activists to truly put our ethos into action. Tyler Long, president of Trinity Pride, and the organization’s board members have chosen to pivot from the celebratory nature of Pride Month to one focused on featuring Black people in our community and educating the broader public about their struggle, proving that allyship leads to a fully inclusive community. 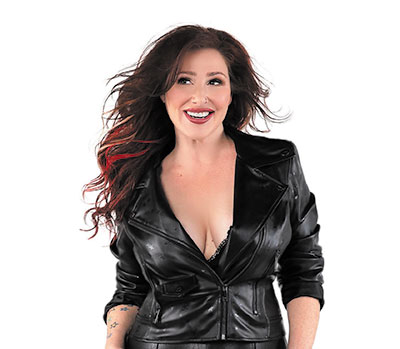 “The board, consisting of eight queer-identifying members, has been intentionally structured to be gender- and race-diverse, giving us the ability to  thoughtfully switch gears into this month of activism and action with the queer POC in the Fort Worth community.”

“Trinity Pride hopes this time of political movement will strengthen these partnerships beyond the span of the month and lead to a true evolution within the queer community,” Long said, “allowing each individual organization to use their unique niches in order to collaborate and lift each other higher up. Because community means we do not leave anybody out.”

For a complete listing of upcoming virtual Pride events and celebrations — including Dallas Pride set for July 25-26 — visit DallasVoice.com.

Together We Stand
June 26 from 4-7 p.m. in Reverchon Park
The LGBTQ community supports Black Lives Matter and Trans Lives Matter. Show your support with signs at this peaceful protest.

Family Equality — Out in Texas
FamilyEquality.org/out-in-texas-marriage-equality
A six-chapter video series on marriage equality about two couples from Texas including one from Dallas. The series explores how marriage equality has changed the lives of many Texas couples and families.

Global Pride
June 27
More than 500 Prides around the world contributed more than 1,000 films for Global Pride with speeches from world leaders, performances and shout-outs from celebrities. Look for the Global Pride channel on Facebook, Twitter, Instragram and TikTok.

USA Film Festival celebrates Pride
Friday, June 26 at 7 p.m.
Angelika Film Center & Café – Dallas, 5321 Mockingbird Lane
Celebrate Gay Pride Month and join us for a program of new short films by U.S. and foreign filmmakers from the LGBTQ community. Tickets are free but you must call for reservations (no walk-ups for this event). For more info about this screening and to get instructions on how to request tickets, visit: http://www.usafilmfestival.com/images/USAFF50.Flyer.new.pdf

The ‘Stories of Dear Harvey’
Three free, live digital screenings on June 26, July 1 and July 12
BreakThroughWorkshop.org
The Stories of Dear Harvey is a documentary-style video that interweaves stories from the play Dear Harvey, with stories from the creators and the artists who have been changed through their work on the play for over a decade. Inspired by and expanding on the play’s original mission to spread Harvey Milk’s message of love and hope, this project also reflects on the legacy of Dan Kirsch, who originally commissioned and produced the play at Diversionary Theatre in 2009; and is told through the unique perspective of Breakthrough Workshop Theatre, a San Diego-based educational nonprofit which has presented an annual reading of Dear Harvey since BWT was founded in 2013.

Logo celebrates Pride Month
Logo will spotlight diverse entertainers, activists, creatives and change-makers in the LGBTQ community throughout the month of June, with its third installment of Logo30. The powerful series profiles everyday heroes and extraordinary people who show pride in unique and provocative ways. Among those scheduled are Randy Rainbow, Sen. Tammy Baldwin, Bob The Drag Queen, Chasten and Pete Buttigieg, Dyllon Burnside, Pennsylvania state Rep. Brian Sims, Tig Notaro and others.

Pride Radio
Virtual Friday happy hour on June 26 from 8-9 p.m. in partnership with ReadySetPrEP hosted by Pride Radio at youtu.be/oLCe-ABOJzc.