Celebrating a pioneer in HIV treatment 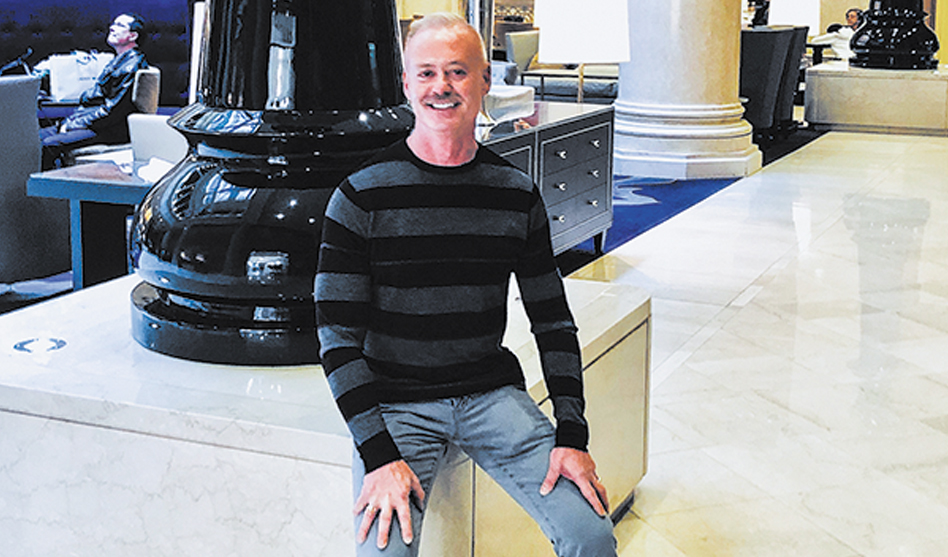 Dr. Steven Pounders is an avid collector and musician as well as a physician. (Photos courtesy James O’Reilly)

Dr. Steven Pounders celebrates the 30th anniversary of his medical practice with a party in his office this evening, Friday, Nov. 8.
In 2016, Pounders received Black Tie Dinner’s Raymond Kuchling Award for his pioneering care and treatment of people with HIV/AIDS. The following year, Dallas Historical Society presented him with its Award for Excellence in Community Service in Health and Science, an honor usually given to a local researcher. He was the first doctor in private practice to receive it.

And in 2013, Pounders was portrayed on film by Jennifer Garner as the doctor of Ron Woodroof, the HIV patient smuggled unapproved HIV medication into the country in a project known as the Dallas Buyers Club. (The movie was also known as Dallas Buyers Club.) 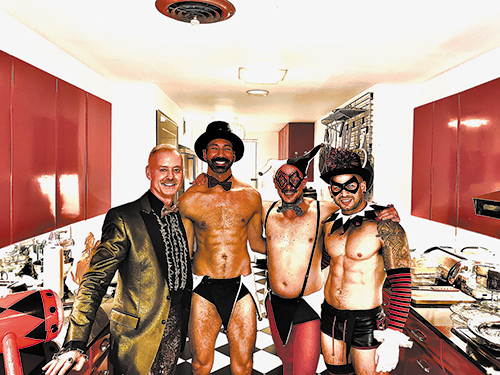 When Pounders and his husband, Jimmy O’Reilly, married, the wedding was announced in the New York Times. The couple met 22 years ago on Fire Island and were married two years ago. “You can’t rush into these things,” O’Reilly said.

To his staff and other providers in his office, Pounders is just a great guy to work with. Practice administrator Rick Porter, who said he’s 67, has been with Pounders for 10 years and is thinking of retiring.

“But I don’t really want to retire,” Porter said. “I enjoy it here so much. Few employers care so much about their employees,” adding that in the 10 years he has worked there, Pounders’ practice has doubled in size.

Physician Assistant Trew Deckard has been practicing in Pounders’ office longer than anyone else currently there. “Whenever he’s looking at new providers or staff, he’s open to their personal growth in the practice and their profession,” Deckard said of the doctor.

Both Porter and Deckard spoke of Pounders’ generosity and said working in the office is fun. But Deckard also talked about the office mourning together. Ten years ago, he explained, office administrator Trish Hudson died accidentally in a hotel room in New York. The staff mourned her loss together.

Pounders was born in Dallas, and attended Hillcrest High School and Austin College. He went to medical school at UTMB in Galveston. “He began seeing HIV patients in medical school,” O’Reilly said. 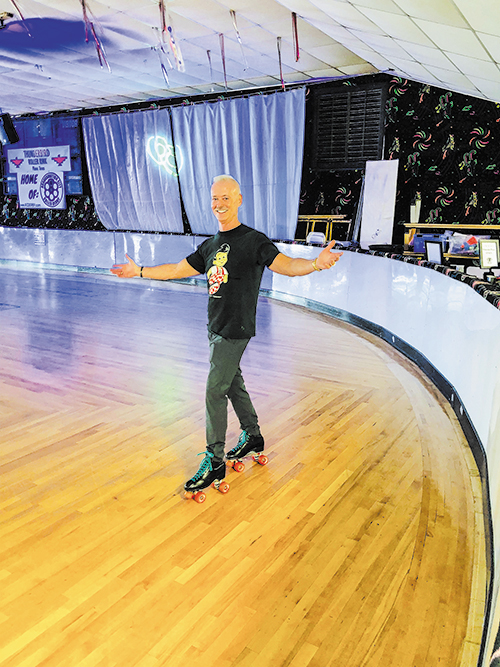 In 1987, Pounders joined the staff at Parkland Hospital where he specialized in HIV care at a time when meals were left on the floor outside of rooms of AIDS patients at the hospital.

After going into private practice, Pounders would regularly have 10 or 20 patients in the hospital at a time. O’Reilly remembers a time at the beginning of their relationship that whenever they were eating out, Pounders usually had to leave in the middle of dinner to rush to the hospital.

Ron Woodroof, the subject of the film Dallas Buyers Club, became a patient of Pounders after he went into private practice. O’Reilly said Pounders spoke at Austin College a week ago where they showed the movie to students before his appearance.

“The kids acted like he was royalty,” O’Reilly said.

Not so with producers of the film. Deckard remembers Pounders wasn’t even invited to a screening of the movie.

Pounders’ reaction to the film was mixed. He was glad the story was being told, but he said he wished it could have been told more honestly. While he had nothing against being portrayed by Jennifer Garner, he said at the time he was sorry the reason was to inject a heterosexual love story into a narrative of the LGBT community taking care of itself. And he disliked Woodroof being portrayed as homophobic when he was probably either gay or bi.

While Parkland gave Woodroof a life expectancy of about a year, he lived seven more years under Pounders’ care at a time when there were no proven medications.

O’Reilly described Pounders’ style as uncritical. “He keeps himself in good shape,” O’Reilly said. “He’s health conscious but he’s nonjudgmental of others. His patients can tell him anything openly.”

Because of that, O’Reilly said, his husband’s gift is getting his patients into compliance with their medications.

The couple supports the large AIDS organizations and fundraising groups in Dallas. They’ve sponsored Purple Party, DIFFA, No Tie Dinner, Black Tie Dinner, Resource Center’s Toast to Life, Legal Hospice of Texas’ Little Black Dress Party and a variety of events with Legacy Counseling Center. For years, Pounders’ was volunteer medical director of Nelson Tebedo Clinic.
O’Reilly also described his husband as a “yoga nut. He can twist himself into any contortion.”

The two are also politically active as members of Federal Club and as sponsors of the Lambda Legal Landmark Dinner. So even though Pounders had been a member of Equinox gym for years, he promptly resigned his membership to the health club when its owner revealed he had done a major fundraiser for Trump.

Pounders doesn’t limit his political and HIV work to Dallas. Each year the couple attends the national HRC dinner in Washington, D.C. They own a place in Palm Springs, and Pounders has spoken for the Desert AIDS Project number of times.

Still, politics and HIV don’t consume all of Pounders’ time. He has several collections. At the office, he’s accumulated a variety of cartoon cels with a medical theme that he keeps on display. At home are his Erte Seven Deadly Sins serigraphs. And he has seven classic cars.

In addition, Pounders plays piano, oboe and accordion. As a child, he competed in a Van Cliburn piano competition in Fort Worth, and in college, he played oboe with the Sherman Symphony Orchestra.

Deckard described Pounders as a pioneer. When other doctors, nurses and other health professionals were afraid to touch people with HIV, Pounders recognized AIDS was simply caused by a virus and people needed to be treated.

He said Pounders has always been an innovator giving his adoption of electronic medical records in 2005 as an example.

But O’Reilly summed up Pounders’ approach to medicine as “he figured out how to treat people so they could live longer.”