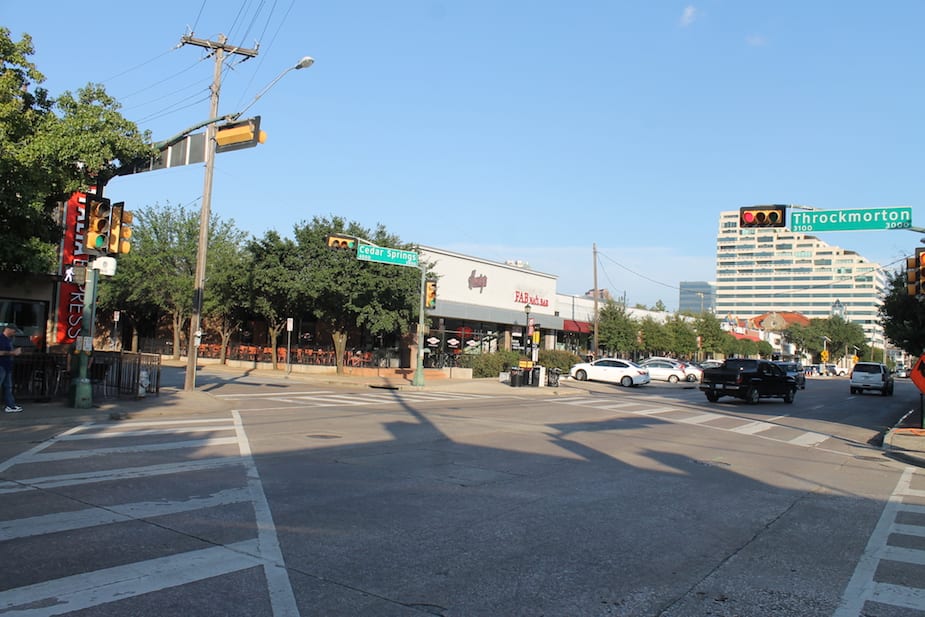 These four crosswalks will be painted in rainbow stripes as part of renovations to Cedar Springs Road that begin this spring. (David Taffet/Dallas Voice)

John Anderson, who serves on the committee that has been making recommendations for Cedar Springs improvements, said he expects groundbreaking in September at the earliest. The design should be finished by the end of February, but then it needs to go out for bid and the city council has to approve it. The winning company then has a certain number of days to start.

Jared White, a transportation manager with the city of Dallas, told the Mayor’s LGBT Task Force on Wednesday, Feb. 20, that plans are almost complete and work to “remodel” Cedar Springs Road is about to begin.

Gateway markers will be placed on Cedar Springs at Douglas and Oak Lawn avenues. Rainbow crosswalks are planned for the street at gateways as well as four crosswalks at Throckmorton and two at Knight and Reagan streets.

A new traffic light will be installed at Knight where numerous accidents, some of which involved fatalities, have occurred over the last decade. What White called “bump outs” will narrow the crossing at several intersections.

New landscaping will be installed along the entertainment corridor. One of the effects of the redesign, officials hope, is that it will slow traffic on Cedar Springs.

New sidewalks will be built with ADA curbs. At the Crossroads, there will be more room on the sidewalk for groups to set up tables, as was common during the decades when Crossroads Market occupied the space now anchored by Hunky’s. Lighting in the area will also be improved.

Task Force member John Anderson said murals are included in the beautification projects. One mural commemorating the AIDS crisis, painted by Arttitude volunteers and funded by The Red Foundation, was recently completed on the Nelson-Tebedo Clinic wall.

Across from that wall will be a mural commemorating the 50th anniversary of Stonewall and the drag queens and transgender activists who rioted for LGBT rights. At 10 a.m. on March 16, designers of the wall will hold a listening session at Zephyr, 4001 Cedar Springs Road, to hear what community members would like to see on the wall.

About $1.2 million from a 2012 bond election was designated for Cedar Springs improvements. Bond money has been used to improve and enhance other entertainment districts around the city, including Deep Ellum and Greenville Avenue.

White said groundbreaking should be sometime in the spring. Construction will continue through the year. 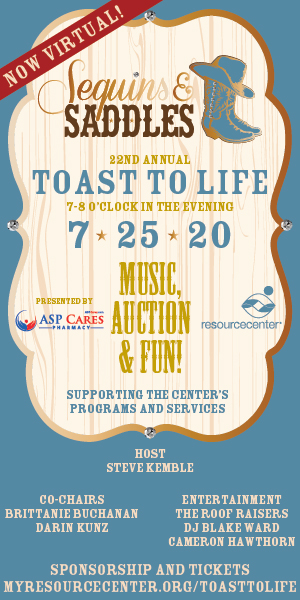