What’s up everybody? I think I will need to classify this week’s edition of my column as another round of brain vomit. Some weeks I have such a clear vision of what I want to write about and other weeks, I write with no rhyme or reason as to why the subjects are in the same column. Thus, brain vomit. If nothing else, it gives you an idea of the inner workings of my mind and how completely messed up I am.
Enjoy. 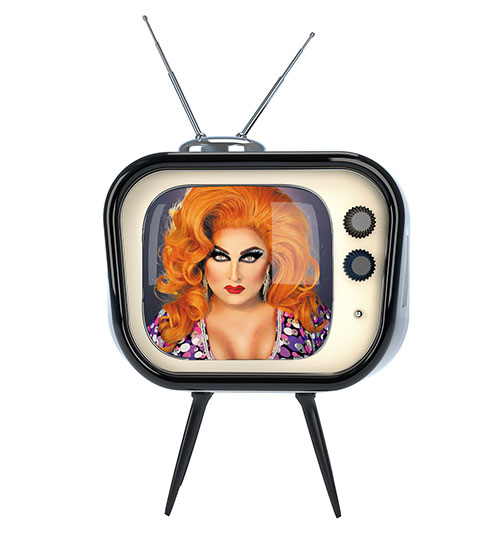 Last night while trying to watch Alone, one of my favorite shows, we had a hardcore, fast-moving storm come through. The rain was coming sideways and under the front door, leaving a huge puddle. The wind was coming hard as well, so strong against the front door that we couldn’t even open it.

We put a towel against the door and waited for it to stop. Then we started to hear loud pops and cracks, then a whoosh: A huge branch from one of the giant trees near the house had broken off and smashed down, breaking another tree in half as it fell.

Even though it was just a branch, it was literally bigger than most full-size trees.

Luckily, it didn’t hit the house and only grazed my husband’s work van. (He works for the postal service and drives one of those weird vehicles that lets him feel British. You know, he drives from the passenger seat.)
About six or seven years ago we were hit by a jumping tornado and lost a bunch of huge trees on our property. I call it a jumping tornado because it hit us hard, bounced over four houses and fucked up another property on the next street over, then it jumped over a few more streets and hit the Wal-Mart a few blocks from there.

Last night’s storm was nowhere near that bad, but it is still annoying. Then, this morning I go in the backyard and notice one of our other trees, a medium-sized hackberry tree, has decided to lean over. In other words, we are losing another freaking tree.

I am thankful that the damage is minimal. It could have been so much worse. Hopefully, since the tree that the big branch fell from is technically not on our property, the city will have to take care of it … fingers crossed.

In other news, remember the interview I did for WFAA? It aired on channel 8 last week and was all over social media. If you want to watch it, Google: “Cassie Nova WFAA.” It’s on YouTube. I am proud of how it turned out, even though I look like a human thumb. I have got to lose some weight.

I want to thank everyone for their kind words and the overwhelming outpouring of love that I have received since it aired. The people and the community that matter to me have made me feel seen and heard. I honestly feel that segment was seen by some young person that truly needed to see it, and I hope it made a difference.

Unfortunately, I did do what I said I would never do: I read the comments section on the Facebook post when WFAA shared it. The amount of ignorance and hate that the gay community still gets in 2021 is shocking but not surprising.

To be honest I didn’t hate seeing it. Yes, I hated what was being said — lots of vomit emojis, Bible quotes and being called an “IT,” but I say I didn’t hate seeing because it keeps me on my toes. It keeps me vigilant knowing that there are still so many people against me and my “lifestyle” — evil people that would beat the shit out of us or kill us if given the chance.

I tend to live in a bubble of my own creation. I only associate with people that are either gay or love and support us. When I venture out into the “straight” world, I stay slightly on guard, because I know that to let my guard down is to put myself at risk.

As much as the world has changed, and as much as so many people support us as gay people, it only takes being called “faggot” once when you think you are safe to put things back into perspective. This is still Texas, and small-minded, bigoted folks are everywhere.

I don’t live in the Gayborhood. I love where I live — out here in the “country,” as my friends call it — but I’m also very aware of my surroundings and of the people around me at all times.

We were at Campuzano’s here in Midlothian the other day, and I overheard one guy yell to another guy, “Hey there ya big ol’ homo!” Now, my gaydar ain’t what it used to be, but I’m quite sure the “big ol’ homo” was not a homo. Big and old — yes. Homo — no.

And no, I didn’t make a scene and call out his ignorance. Some days it is just too exhausting being the homo police, and I just wanted to eat my chimichanga in peace.

I guess my brain vomit wasn’t as bad as I thought it was this time. Although I would love to see a documentary about the little pink geckos that live around my house or the snails that only come out when it rains. I feel so much guilt when I accidently step on those little fuckers, making my sidewalk a graveyard of slime and shell.

There you are brain vomit; I knew you would be back.