Finding my people, finding my Pride

Good day beautiful people. As this Pride month draws to a close, I wanted to reminisce about the first time I felt Pride — well, gay Pride — and the hope that came with it. First off, MONTH? Yes, we get an entire month now! I remember when we only had a day. It was the day of the Pride parade, and just as you were really getting into it, it was over.

I don’t really want this to come off as a “back in my day” bitchfest. But I understand that telling any Pride story is partly about sharing how different it is now compared to how it was in 1990 when I first came out.

When I think back to the beginning of my fabulous gay life, it isn’t just about one particular thing that happened; it is about a feeling. After what was a lifetime of hiding who I was, and then coming out to the Gayborhood, that feeling of not being alone, of finding people like me, was so overwhelming. It was the most exciting time in my life. 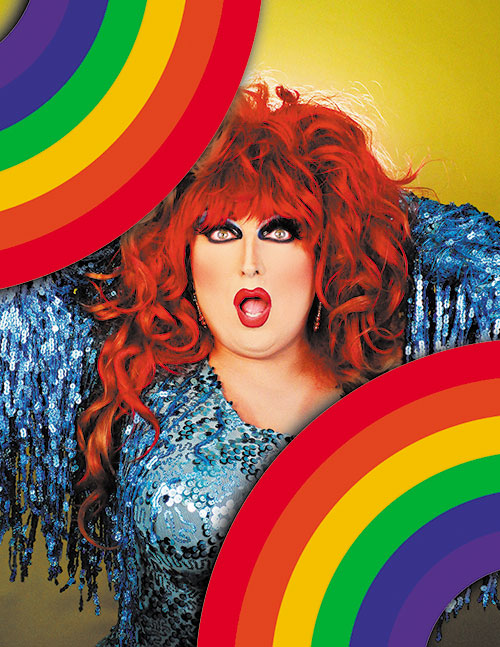 While I was in high school, I lived in Balch Springs, but I rode the bus every day to the Health Magnet on Ross Avenue. The bus dropped kids off downtown at the Business Magnet and the Arts Magnet before it got to my school, so one day I decided I was going to skip school and make my way to the gay area. I only knew there was a gay area because I went to Henry Wadsworth Longfellow Career Exploration Academy Junior High School, which was located behind the Inwood Theatre, and the bus drove down Lemmon Avenue to get there.

(By the way, I have always loved saying the entire name of that school. It made me feel so bougie.)

I remember the bus driver pointing at a colorful-looking building with a unicorn on it on Lemmon and saying it was a lesbian bar. I locked that knowledge deep down inside me, and I knew that my people were near.

Plus, I remember hearing shitty comments from kids and adults alike that Oak Lawn was “where the queers were.” It was a known fact that Harry Hines was where the hookers were, and Oak Lawn was where the gays were. I locked that away, and every time I saw a map of Dallas, I would look for Oak Lawn.

Looking back now, I realize that, even then, there was a level of shame and disgust associated with the area, and, in turn, I was internalizing that shame and disgust, because I knew that area was where I would eventually end up.

I got off the bus downtown that one day and walked around for a few hours, exploring that area. I think I was really just trying to build up my courage, but I finally jumped on the bus that I knew went to Oak Lawn. I knew exactly where to get off the bus when I saw Hunky’s. My heart was racing but, I knew I was exactly where I was supposed to be.

There used to be a bookstore called Crossroads where Hunky’s is now, and Hunky’s was where Italia Express is located now. I stood outside of Crossroads Bookstore and read all of the flyers in the window, trying to build my confidence to go inside.

Then when I finally did, I saw two guys holding hands.

That was a first for me; 10 feet away from me were two guys, just casually holding hands and looking at magazines. No one gave them dirty looks; no one even batted an eye. They weren’t super flamboyant or even all that attractive really, but the two of them holding hands that way in public was the coolest, best thing I had ever seen.

But I didn’t buy anything. I mean, what if someone found one of those books on me? I did take all of the free Dallas papers — the Dallas Voice, a TWIT (This Week in Texas) and a Dallas Observer to hide the gay stuff inside.

Then I went over to Hunky’s for lunch and to read my treasures. That was truly a magical experience. I walked in and was greeted by the gayest, weirdest guys I had ever seen, Todd and David. They were both nelly, tattooed and with piercings: “Hey Hun, what can we getcha?”

They had apparently just opened, because I was one of only two people there. I was called “cutie” and “sweetie” and made to feel so welcome.

I was asked 20 questions as they joked and called each other “bitch” and “whore.” It was all so easy and comfortable — just people being their true, authentic selves.

Fast forward a few years, and I was working alongside those fabulous weirdos. The impact those queens had on me that day gave me hope and courage, for then what I knew was coming.

I sat at Hunky’s a long time that day — through the lunch rush and for a while after — people watching and trying my best to flirt with my eyes. But other than Todd and David, I don’t think I talked to anyone else. Still, I was amazed by the diversity of the gays and lesbians I saw. My world and my mind expanded so much that day.

I fantasized about what it must be like to be there at night, when the clubs were open and full of people able to be themselves. I cursed my age, and I couldn’t wait for the day I could come back and be a part of that group. When you are that age and dreaming of all the things you would do if you were old enough, everything seems so far away, and the wait is so long. It’s like you are just waiting for your real life to begin.

A few years later, when I was finally able to go back to Oak Lawn, my first stop was Crossroads. I bought a rainbow freedom necklace. It cost $12.99, and it was made of rings in the colors of the gay flag strung on a leather cord. I wore it every day, everywhere I went. I wore it with a pride I had never felt before. To this day it is still one of my most prized possessions.

Gay Pride wasn’t something that came to me naturally. First, I had gay shame. But once I found my community and found my way, once I accepted myself and started to be my true authentic self, Pride came with it. And gay Pride is so important because, at its core, gay Pride is loving yourself.