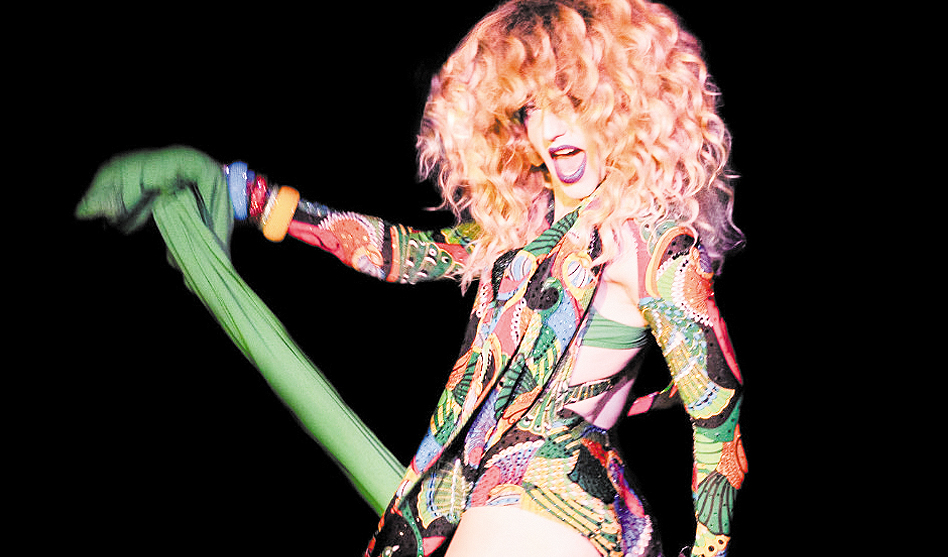 Laganja Estranja promoted #WeNeedAButton with her own “belfie.”

It is the summer of booty, and some people are flashing their cakes for other reasons than to beat the heat and catch some eye.
#WeNeedaButton, launched in June, encourages participants to take butt selfies (“belfies”) to bring awareness to healthcare inequities that LGBTQ people often face. The goal is to encourage patient matching sites to create buttons for queer-friendly doctors.

“When we came up with the idea of a button, it had the word ‘butt’ in it,” campaign ambassador Zachary Zane explained. “It’s fun; it’s playful; it has the pun. The butt itself is kind of a symbol of a lot of queer sexual issues.”

Participants take selfies with their rear-end facing the camera — with their clothes on! — and post the picture onto social media with the hashtag “WeNeedaButton.” Already, Laganja Estranja of RuPaul’s Drag Race has tweeted support for the campaign with her own “belfie.”

DJ added that she and Zane are talking to patient matching sites to encourage them to mark queer-friendly doctors with a button.

“We’re asking that all of these places actually have these filters,” she explained. “So if you go to Yelp to look for your doctor or book your doctor, we are able to easily find these doctors.”

As a bisexual man, Zane said he had a difficult time persuading his doctor to put him on PrEP, or pre-exposure prophylaxis, which prevents HIV-negative people from catching the AIDS virus.

“I go in [and] I tell the doctor I want to get on PrEP; he doesn’t even know what that is,” he recalled. “He said he wouldn’t feel comfortable prescribing it. He said, ‘If you’re bisexual, you shouldn’t need this kind of medication. You should only sleep with women.’”

Zane recalled another instance was when he went to an urgent care clinic to get tested for gonorrhea.

“This woman starts berating me,” he said. “She said, ‘Two months ago you were in here with syphilis.’ I said, ‘I didn’t have syphilis, I got tested for syphilis.’ She said, ‘This condom talk is falling on deaf ears.’”

Zane added that he does not use condoms and instead protects himself with PrEP. He said a queer doctor would understand his choice not to use condoms.

“If I had a queer doctor, of course they would push condoms as they should, but also they would understand my choice, my decisions,” he stated. “After this, I’m no longer going to a straight doctor. I’m only going to go to queer doctors.”

According to a 2016 article from the Journal of Bioethical Inquiry, LGBTQ patients often feel anxious, unwelcome, ashamed and distrustful in healthcare settings, in spite of the fact that many hospitals and clinics issue diversity training for their staff.

In addition, the Trump administration issued a new rule in May that allows healthcare personnel to deny patients information and treatment based on religious or moral beliefs.

The ACLU filed a lawsuit over that rule a month after it was issued.

“When you’re refused treatment, or even if you just had a bad experience in a doctor’s setting, that will deter you from going to see a doctor, which is already an issue,” Zane said.

He added that gay and bisexual people have higher rates of depression, anxiety and suicidality.

“You don’t want to go to a provider that does not want to treat you,” he declared. “You don’t know what you’re signing up for when you just get assigned a random doctor. The need for this, especially when there is so much outright discrimination, is necessary.”

The “WeNeedAButton” campaign is a project of WaxOh!, an online magazine by DatingPositives.com, with the editorial mission to destigmatize STIs in the dating community.