Business woman of the year 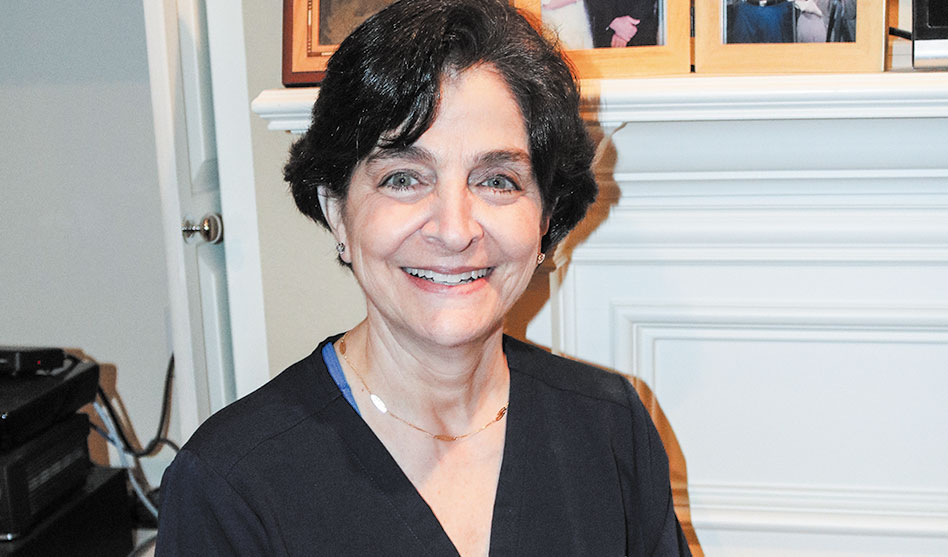 Dallas Business Journal has named Dr. Suzanne Slonim as one of its business women of the year. For 15 years, Slonim served as medical director of interventional radiology at Methodist Dallas Hospital before she founded the Fibroid Institute Dallas exclusively to treat uterine fibroids with a minimally-invasive procedure.

Slonim and her wife, Pam Gerber, searched locations around the country extensively before deciding on moving to Dallas. “We were looking for a place to be safe, happy and welcomed,” Gerber explained.

They had been living in Palo Alto, Calif. but couldn’t afford to continue living there comfortably. So they looked in Miami, Washington, D.C., San Diego, Tampa and a few other cities but found the LGBTQ community in Dallas to be the most organized and most welcoming.

Gerber said she was apprehensive about the move. She had preconceived notions about Dallas, but both Gerber and Slonim quickly found Dallas to be an easy place to live. And, Slonim said, it’s a great place to practice medicine. Among the things she likes about Texas, Slonim added, is that the state has prohibitions against corporations practicing medicine. So Slonim joined an existing practice as an interventional radiologist.

The couple planned to stay in Dallas five years. That was 20 years ago.

While at her practice, Slonim created a niche market in uterine fibroid embolization or UFE. Fibroids are abnormal, usually noncancerous, growths in the uterus that cause severe abdominal pain and heavy periods. Instead of treating fibroids with a hysterectomy, UFE uses radiology to cut off the blood supply to the fibroid so it will shrink.

The plan to stay in Dallas just five years got derailed during year four when Slonim was named president of the medical staff at Methodist Dallas Hospital — the first woman named to that position. That meant an additional six years in Dallas — two as incoming president, two serving as president and two as immediate past president.

During that time, her UFE specialty grew. She said she became an amplifier for the relatively unknown, minimally-invasive procedure.

Gynecologists generally steer away from the UFE procedure because patients complain of pain afterwards. But Slonim said that is because those doctors haven’t managed their patients’ pain. She prepares patients ahead of time with medication especially for that first week as the fibroids begin to shrink.

In her first year in her own practice, about 10 percent of Slonim’s clients came through referrals from other doctors. Now, as her work has been recognized by area gynecologists, about 80 percent are referrals.

Slonim said removal of just the uterus can be a very bloody operation requiring transfusions. In some cases, even when a woman will eventually need the uterus removed, doctors now refer patients to her to shrink fibroids first, making the removal a much safer operation.

Today, Slonim’s office is the only one that specializes in only doing UFE. “I feel passionate about it and love doing this procedure,” she said. And she’s passionate about making sure anyone with fibroids is given the option of UFE.

Although her company’s nondiscrimination policy includes sexual orientation and gender identity, Slonim said she’s never treated a trans man. That’s probably because fibroids are fed by estrogen, and hormone treatments block the growth of fibroids. But, she said, if a trans man with a uterus was seeking treatment for fibroids, she’d assure him the finest medical care, something she said trans men and women don’t always receive.

Gerber said that commitment to providing the finest care possible is one of the things she admires most about her wife, describing Slonim as a cross between an old-school family doctor and a modern physician using the latest technology.
Slonim’s technique involves inserting a wire into a blood vessel in the patient’s wrist and steering it up the arm and down the torso into the uterus while monitoring the progress on a screen. That takes about a minute. That’s the “latest technology” part.

The “old-school family doctor” part and her bedside manner she may have learned from her parents, both of whom were doctors. Her father was from New Jersey and her mother came to the U.S. for college from Iraq then stayed for medical school. Slonim said her father retired when he was done paying for her medical school, but her mother, at 89, just stopped seeing patients earlier this year.

Slonim said her patients have her cell phone number and call her directly when they need her help. Gerber recalled one patient who was in pain because of a problem with a port who contacted Slonim in the middle of the night. The doctor had that patient come to their house where she fixed the problem.

During the COVID-19 lockdown, Slonim’s office was closed because the procedure she does, while stopping severe pain, is considered elective. So, like other doctors, Slonim quickly adopted the use of telemedicine, and she has been able to prepare some patients for upcoming procedures online.

She has reopened the office, but before doing so, Slonim said, she added machines that clean the air of mold and other pathogens to help keep her patients and staff safe. Hand washing stations are placed throughout the office.

“Texas Medical Association has been great in getting us all the PPE we need,” she said. And she reopened feeling her office was as safe and protected as possible.

Slonim and Gerber have been together 30 years. They met in an L.A. Bar: “I want to be explicitly clear on this one,” Gerber said. “She asked me to dance.”

They live in a townhouse in the SoHiP section of Oak Lawn with a couple of chickens out in the chicken coop Slonim had built for Gerber’s 50th birthday. Slonim said she wanted fresh eggs, and they started with seven chickens. They’re down to two including one who was injured, has recovered and is now pigeon-toed.

As for her business, Slonim — who has spoken on the subject around the world and has written a number of books on the subject including her latest, Pain Free Periods, available at FibroidFree.com — hopes to replicate her model in other cities with other doctors who are as passionate as she is about treating fibroids with UFE rather than major surgery.