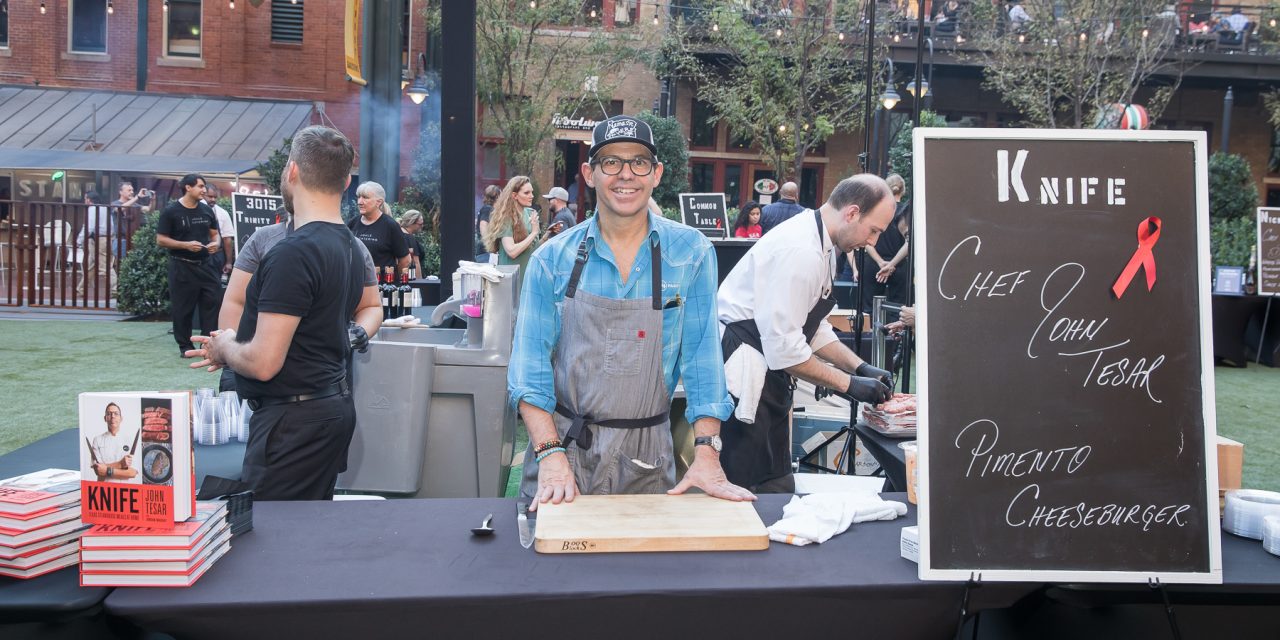 Burgers and Burgundy began when chef John Tesar was coming up with a fundraiser when he say on DIFFA’s Style Council. For years, it was an intimate affair in a spacious backyard, or a gathering area atop a local hotel. A few years ago, it moved to The Eye at The Joule, the space in Downtown across from the hotel.

Now, B&B is on the move again. (Growth is a good thing! We’re Dallas!) For the next iteration — which takes place on Oct. 11 — Tesar and 11 other renowned chefs (among them locals like Blaine Stainford from Grace, Sharon Van Meter from 3015 Trinity Groves, Luke Rogers from Savor and Jacob Williamson from Five Sixty, as well as imports from as far as Massachusetts) will gather at Klyde Warren Park, to showcase their best sliders, pained with red wine (plus cocktails and beer). Proceeds will benefit DIFFA Dallas.