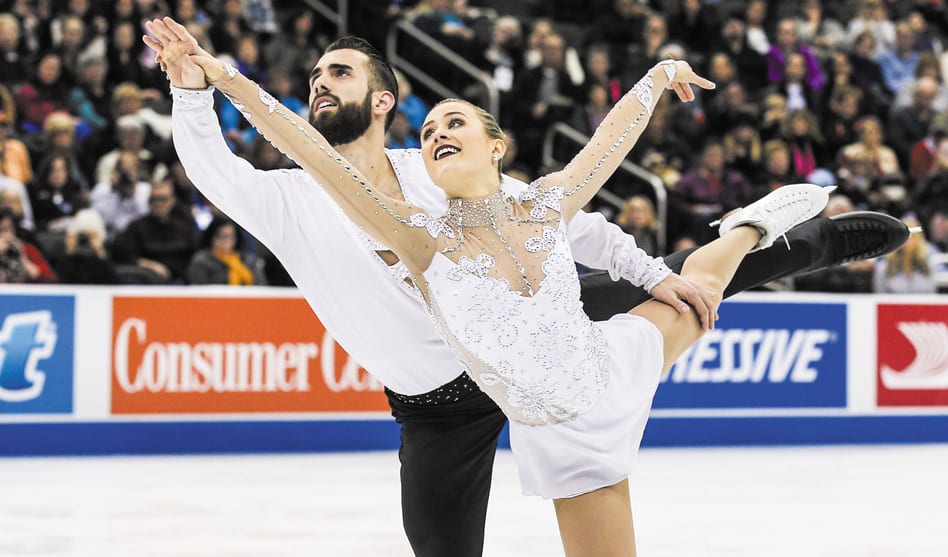 Many elite ice skaters train in North Texas, but few have as much promise as Bronze Medalists Timothy LeDuc and Ashley Cain

COY COVINGTON | Special Correspondent
coyact@aol.com
On a rare, cool autumn afternoon in North Texas, the air was chilly outside the DrPepper StarCenter in Euless, but inside the arena, things were heating up. Team USA pairs figure skaters Ashley Cain and Timothy LeDuc had just come off the ice and they were sizzling.
That’s not surprising considering the hot streak they’ve been on since winning the 2017 Pairs Bronze Medal at the U.S. National Championships in January — a pretty snappy outcome given that at that time, they had been skating together for less than eight months. Both Cain, 22, and LeDuc, 27, had skated pairs with other partners… and both had less than picture perfect partings. After the 2014 season, Cain skated ladies singles and LeDuc was out of money to pay for training, so he hit the ice on the high seas, skating on cruise ships. Competing in pairs was in the rearview mirror for them. 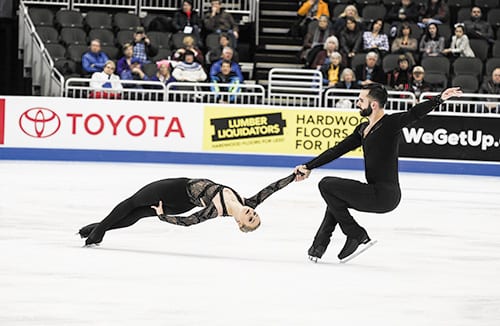 Or was it? Fast-forward two years. LeDuc’s cruise contract was up and Cain wasn’t content with singles. In a brush of brilliance, Mitch Moyer — U.S. Figure Skating (USFS) senior director of athlete high performance — suggested they try out together. Within a week, LeDuc had moved to Texas and the team had started training.
They were in sync right away. Though never on-ice partners, they already had a history and a connection: They had known each other since 2009 while competing against each other on Team USA. “I think a big part of what brought us together so well and why we had success right off the bat was because we had an immediate synergy, and that’s not something you can force,” says LeDuc.
“We just got lucky that our personalities meshed really well and complimented each other’s strengths.” Cain agrees. “What also helped make it work was that we were very accepting of each other. He was patient with me while I was getting my body back in shape for pairs and being able to do the elements again, and I was patient with him while he adjusted to coming back to competition. We developed an acceptance that allows us to skate with freedom.”
So who’s the boss of the team? Laughing, they simultaneously say: “We’re equal.” They take turns motivating each other while picking up on energies that pushed themselves further.
“Equality— that’s what we want to present with our skating,” says Cain. “Two equally strong, powerful people who don’t need to portray a love story where he’s the prince and I’m the princess.”
“We both want to be princess!” interrupts LeDuc, who is openly gay. Following another howl of laughter, they spontaneously say together: “We both want to be queen.”
So just how did LeDuc — an Iowa native — cotton to North Texas and the ubiquitously oppressive heat? No problem. He loves Texas and he loves hot weather. 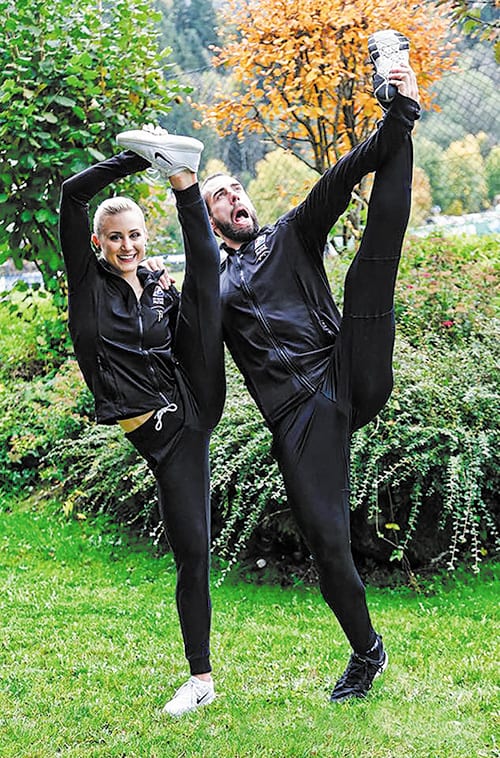