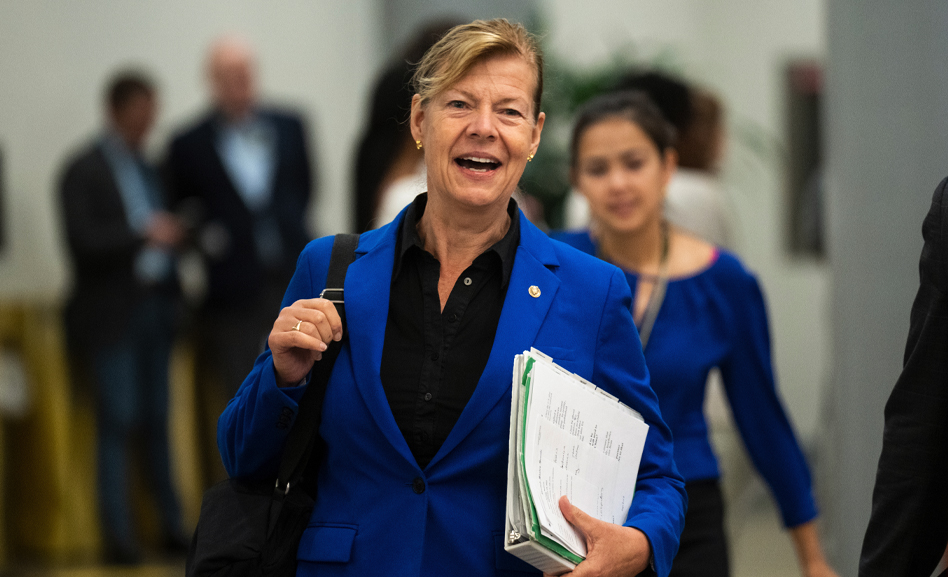 U.S. Sen. Tammy Baldwin walks through the halls of Congress earlier this year after a vote. ((Bill Clark/CQ Roll Call via AP Images)

The U.S. Senate today (Wednesday, Nov. 16) voted 62-37 to start debate on the Respect for Marriage Act, paving the way for the bill to pass by the end of the week. The measure, which would codify protections for same-sex and interracial marriage and which include religious liberty protections as well, has already passed the House.

Every Democratic senator and 12 Republican senators voted to advance the bill. Senators are expected to vote on cloture tomorrow, which sets up a final vote on passage possibly by the end of this week.

Openly lesbian Sen. Tammy Baldwin, a Wisconsin Democrat who was one of the bill’s sponsors, told The Hill, “This legislation unites Americans. With the Respect For Marriage Act, we can ease the fear for millions of same-sex and interracial couples have that their freedoms and their rights could be stripped away.”

She added, “By passing this bill, we are guaranteeing same-sex and interracial couples regardless of where they live that their marriage is legal and that they will continue to enjoy the rights and the responsibilities that all other marriages are afforded. And this will give millions of loving couples the certainty, the dignity and the respect that they need and that they deserve.”

But comments by Justice Clarence Thomas, who is himself in an interracial marriage, in his concurring opinion in the Dobbs case earlier this year that resulted in the court overturning Roe v. Wade, suggested that the court should and would reconsider its rulings on marriage equality if given the chance.

A vote on the Respect for Marriage Act was delayed until after the midterm elections because there weren’t enough Republicans willing to support it to reach the magic number of 60 votes to advance the bill. On Monday, Nov. 14, Baldwin and four other senators, including Maine Republican Susan Collins, introduced the amendment protecting religious freedoms on Monday, which won the necessary Republican votes to advance.