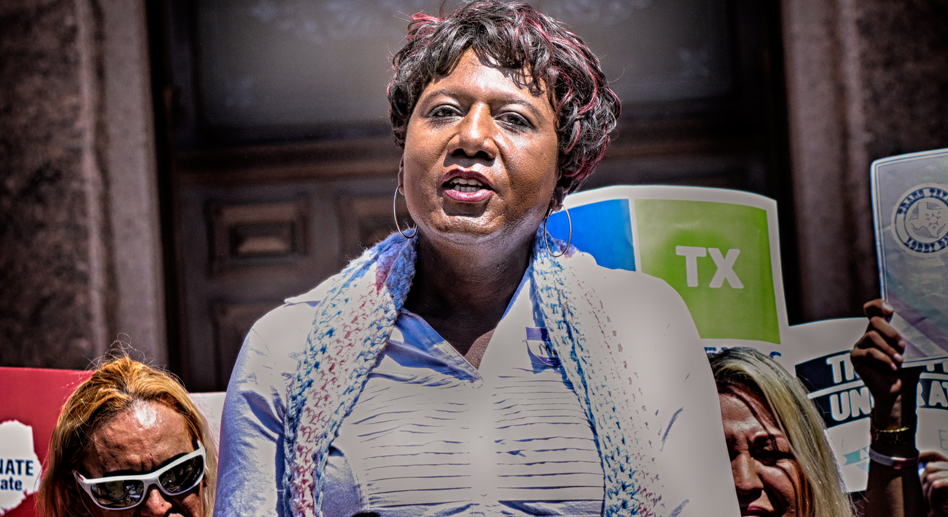 UPDATE: The Washington Post, in an article calling her a “trailblazing transgender activist and journalist,” reports that Houston activist Monica Roberts died on Monday, Oct. 5, at the age of 58. The article notes that the Harris County Medical Examiner confirmed Roberts’ death but that the cause of her death was “was not immediately clear.”

Monica Roberts, the pioneering transgender activist from Houston, has died, according to multiple reports on social media.

Roberts founded the transgender news website TransGriot 15 years ago, and the blog has been winning awards since its inception. She also won numerous awards through the years for her work as an activist, and was a loud and proud voice fighting for the rights of the transgender community at the Texas State Capitol and beyond. In one of her last posts on social media, Roberts posted just two days ago, “Just hit me I’ve been voting in elections for local, state and national candidates since 1980. And can’t wait until October 13 … #FireTrump #FireTheGOP #FireTheTXGOP.”

In May, Roberts was named on of The Advocate magazine’s Women of the Year, and last year at Creating Change in Dallas, she was presented with the Susan J Hyde Award for Longevity in the Movement. Roberts won HRC’s John Walzel Equality Award in 2017, and TransGriot was named outstanding blog at the GLAAD Media Awards in 2018.

Rest in Power, Monica Roberts. Texas has lost a heroine and an icon with your passing.

David Johns, executive director of National Black Justice Coalition: “To know Monica Roberts is to know love. To have watched her work is to have witnessed fierce advocacy. She was often the first to report on the contributions of, and violence committed against, trans members of our community. She spent her life advocating for and chronicling efforts to hold space to ensure that we can all get free. We’re better because of her life and leadership, and her unyielding commitment to Black people. I pray that those she touched, knowingly and not, will honor her life and her legacy by remaining engaged in the protracted struggle for radically inclusive social justice. We deserve that, she knew it and dedicated her time, talents, and treasures to reminding us of it. Let’s honor her through our acts of love and service.”

From Alphonso David, president of Human Rights Campaign: “Monica Roberts was an icon and a trailblazing voice for transgender rights, both in her home state of Texas and around the country. We are deeply saddened to learn of her passing and offer our most heartfelt condolences to her friends, family and loved ones. For decades, Monica has been a fierce leader — bringing light to the injustice transgender people face, especially Black transgender women. She leaves behind a strong, and vital legacy — one that every LGBTQ person and ally should work to honor and advance. Rest in power, Monica, and thank you.”

From Equality Texas CEO Ricardo Martinez: “The Equality Texas family is devastated to learn of the death of trailblazing transgender activist Monica Roberts.  Monica was part of our family and our dear friend, and we have fought side by side at the Texas Capitol for two decades.  Our hearts break tonight at her loss. We join our community across Texas and the transgender community across the country in mourning. Monica was an award-winning journalist, who in 2006, launched the TransGriot blog as the founding editor. She was one of the first bloggers to center and accurately depict stories about communities of color. She was a force — a fearless, unapologetic Black trans woman who fought courageously for everyone’s human rights. She tapped into her authentic organizing frequency on the daily to disarm and connect with people on a human level. The ferocity, authenticity and passion she brought to our movement was unmatched and her legacy will live on for decades to come.  Last year, Equality Texas honored Monica Roberts as our first transgender activist of the year award during our 30th Anniversary Gala. In memory of her legacy and the contributions she has made to the LGBTQ community, Equality Texas will rename the award in her honor to the Monica Roberts Transgender Activist of the Year Award, so that her legacy will always live on and her larger than life presence and impact she had on our community will always be remembered.”

From Rea Carey, National LGBTQ Task Force: “This week, the LGBTQ+ community lost one of our fiercest voices in Monica Roberts, an activist who not only lifted up the stories of trans people and inspired generations of countless transgender and non-binary people but all those who knew her. She was a mother, sister, aunt, friend, protector and voice for the voiceless. Her journalism was groundbreaking, her advocacy impactful and her spirit and passion limitless. There are people — especially trans members of our community — who are alive and thriving today because of her work. Monica was part of the Task Force family, just this year we recognized her at our Creating Change Conference with the Susan J Hyde Award for Longevity in the Movement. She spoke powerfully at a rally decrying the epidemic of violence against the trans community at the same 2020 conference, which she meticulously reported on, often providing support to local communities and families, while holding the media and law enforcement accountable and seeking justice for her trans siblings. One could not be in her presence without being inspired to be a better activist — including me. Our hearts are with her family, her innumerable friends and colleagues and especially the trans community, which has lost an elder, a pioneer and a extraordinary human being.”

From Avery Belyeu, director of Lambda Legal’s South Central Regional Office in Dallas: “Lambda Legal is sad to learn that Texas-based transgender activist, advocate and educator Monica Roberts has passed away. She dedicated her life to creating a more just and equitable world for transgender people. She championed the voices of the most marginalized, particularly the voices of Black transgender women, in the work for equality. All transgender advocates, myself included, have benefited from her courage, her persistence and her tireless work. Our entire community owes her a debt of gratitude. As we grieve this enormous loss, we commit to honoring her memory by continuing the fight for justice and equality for transgender people in Texas and beyond.”

From Kevin Jennings, CEO of Lambda Legal: “Lambda Legal is heartbroken at the devastating news that pioneering journalist and activist, Monica Roberts, has passed away. Her commitment to fighting for LGBTQ equality and telling our transgender community’s stories left an indelible mark on media and our movement. This is an incredibly sad loss for the city of Houston and the country. Our hearts go out to all who knew her and were touched by her kind spirit. Monica was a beacon of light in our fight for equality in Texas — and all over this country. She advocated on behalf of those often left in our movement’s shadows, especially Black transgender women. Monica Roberts created TransGriot; a blog focused on the lives of transgender women, especially those of color when no one else was telling those stories. With her life-saving community activism and award-winning reporting, Monica changed the culture.  She inspired a generation of journalists and countless young people who wanted to devote their lives to justice. Monica was fearless, and she demanded respect for transgender people, no matter who it was. Her love for and her commitment to her community saved lives. Monica Roberts never stopped talking about the violence against transgender women. Her mission to end the misgendering of transgender victims in media to ensure transgender women’s dignity in death was often the only final rites that they received. Monica’s care for those women is her legacy. We send our condolences to Monica’s loved ones and all who knew her. We will remember her as a tireless worker on behalf of our community’s forgotten, and Lambda Legal will continue Monica’s work and honor her legacy by continuing to fight for freedom and justice for our most vulnerable.”