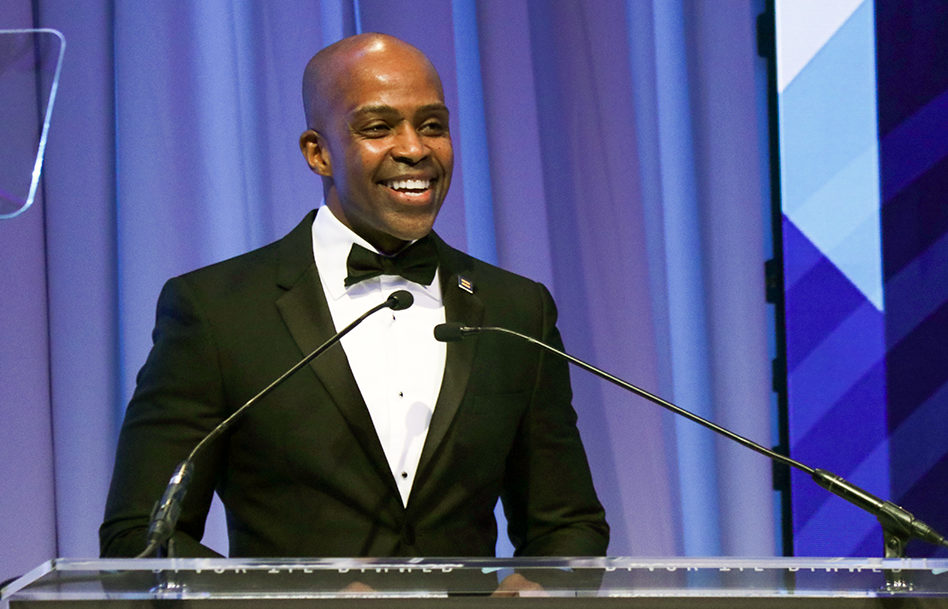 UPDATE: Lambda Legal has also announced plans to file suit against the Trump administration over its discriminatory Section 1557. Lambda Legal’s Senior Attorney and Health Care Strategist Omar Gonzalez-Pagan, said,“Today’s rule is a tragically failed public health policy and just flat out illegal. We will be challenging the rule because at a time when the entire world is battling a dangerous pandemic, which in the United States has infected more than 2,000,000 people and killed more than 116,000, it is critical for everyone to have ready access to the potentially life-saving health care they need. LGBTQ people need to know that they continue to have rights and Lambda Legal will fight back. If you experience discrimination when seeking health care because of your sexual orientation, gender identity or HIV status you should contact us immediately.”

ORIGINAL POST: Within hours of the Trump administration announcing today (Friday, June 12) the finalization of Section 1557 of the Affordable Care Act, which eliminates explicit protections against discrimination based on sex stereotyping and gender identity from the law, officials with the Human Rights Campaign announced that their organization will be filing suit challenging the administration’s actions.

Noting that Section 1557 in effect sanctions discrimination against LGBTQ people in health care programs and activities, HRC President Alphonso David said, in an email statement, “We cannot and will not allow Donald Trump to continue attacking us.

“Today, the Human Rights Campaign is announcing plans to sue the Trump administration for exceeding their legal authority and attempting to remove basic health care protections from vulnerable communities including LGBTQ people,” David continued. “And, to add insult to injury, the administration finalized this rule on the anniversary of the Pulse shooting, where a gunman killed 49 people in an LGBTQ nightclub.

“LGBTQ people get sick. LGBTQ people need health care. LGBTQ people should not live in fear that they cannot get the care they need simply because of who they are,” David said. “It is clear that this administration does not believe that LGBTQ people, or other marginalized communities, deserve equality under the law. But we have a reality check for them: We will not let this attack on our basic right to be free from discrimination in health care go unchallenged.

“We will see them in court, and continue to challenge all of our elected officials to rise up against this blatant attempt to erode critical protections people need and sanction discrimination.”

A wide range of LGBTQ organizations and allies immediately condemned the administration’s move, which comes, as the HRC statement said, “in the midst of the twin epidemics of COVID-19 and racial violence.

Deena Fidas, managing director and chief program and partnerships officer for Out and Equal, called it “appalling” that the administration’s rule change allows “medical providers can deny life-saving care to transgender people.” Fidas also pointed to a legal analysis of Section 1557 conducted last year when it was first proposed.

Equality Texas and the Texas Transgender Education Network of Texas issued a joint statement also condemning the new rule. Ricardo Martinez Equality Texas’ CEO, said “Our country is in crisis; people are scared, and they are angry the government continues to put their lives at risk. To release the rewrite of Section 1557 of the Affordable Care Act on the 4th Anniversary of the Pulse massacre and on a day we are mourning the murders of Dominique ‘Rem’mie’ Fells and Riah Milton [black transgender women murdered this week] is deeply unconscionable.

“This is a moment for unity, empathy, kindness and compassion,” Martinez said. “This is a moment to make healthcare more accessible to those in high risk populations including the immunocompromised, people with pre-existing conditions and transgender people. Instead, the department of Health and Human Services is unnecessarily complicating access to health care for transgender people and further marginalizing already marginalized people.”

TENT’s Executive Director Emmett Schelling said, “Our country is in crisis; people are scared, and they are angry [that] the government continues to put their lives at risk. To release the rewrite of Section 1557 of [on this day] is deeply unconscionable. This is a moment for unity, empathy, kindness and compassion. This is a moment to make healthcare more accessible to those in high risk populations including the immunocompromised, people with pre-existing conditions and transgender people. Instead, the department of Health and Human Services is unnecessarily complicating access to health care for transgender people and further marginalizing already marginalized people.”

LGBTQ people are also particularly vulnerable to both the health and economic impacts of COVID-19, according to a research brief recently published by HRC. The brief concludes that many in the LGBTQ community are uniquely vulnerable because they are “more likely to work in highly-affected industries, often with more exposure and/or higher economic sensitivity to the COVID-19 crisis, are less likely to have health coverage and are more likely to smoke and have chronic illnesses like asthma.”

One in five LGBTQ adults have not seen a doctor when needed to because they couldn’t afford it. Black LGBTQ adults (23 percent), Latinx LGBTQ adults (24 percent%) and all transgender women (29 percent) are most likely to avoid going to the doctor because of costs.

In the lawsuit, HRC will argue that the removal of protections against sex stereotyping and gender identity exceeds the administration’s authority to define sex discrimination under the ACA and “grossly undermines the law’s primary goal of eliminating barriers and broadly expanding access to healthcare and health education programs.”

The HRC statement said, “Section 1557 of the ACA prohibits discrimination based on race, color, national origin, sex, age or disability in certain health programs or activities. This landmark provision is the first of its kind to include protections from discrimination based on sex in the context of health care. … Fear of discrimination causes many LGBTQ people to avoid seeking health care, and when they do enter care, studies indicate that they are not consistently treated with the respect that all patients deserve.