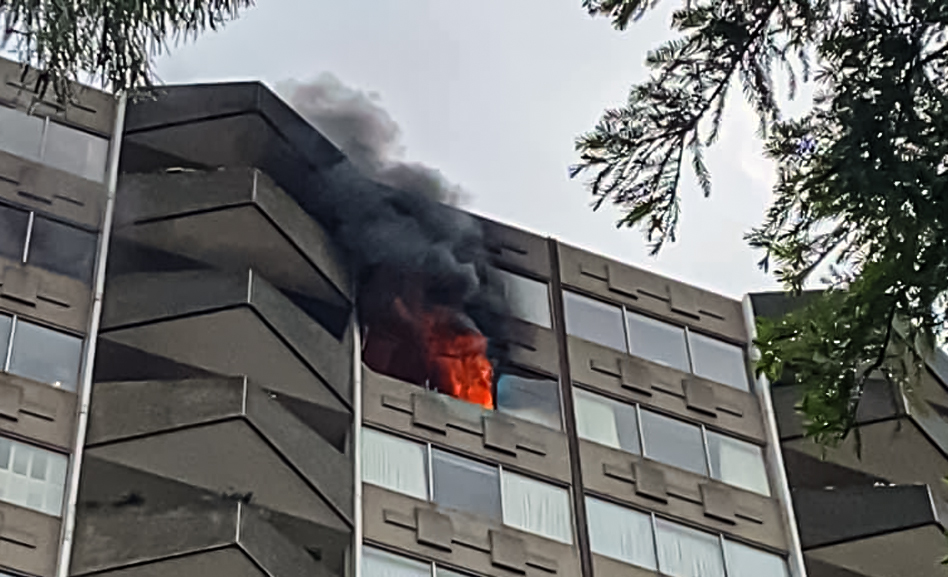 Dallas Fire Rescue is on the scene of a two-alarm blaze in a high-rise apartment complex in the 3200 block of Maple Avenue, according to a social media post by DFW Scanner. The photo above, credited to Dakota Glen and posted on Twitter by DFW Scanner, shows flames coming from an apartment on one of the upper floors of what appears to be The Terrace House apartments.

DFW Scanner urged people to stay clear of the area.

According to the Dallas Fire Rescue Incident Twitter feed, the fire was reported about 5:40 p.m.