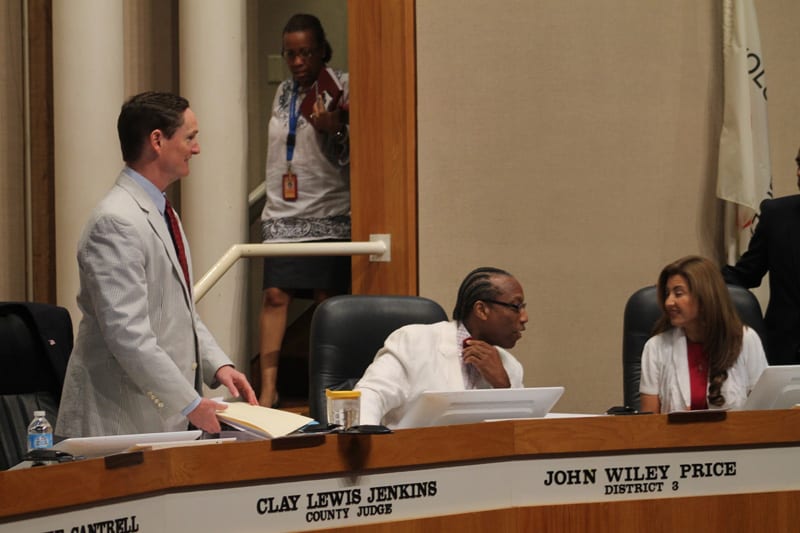 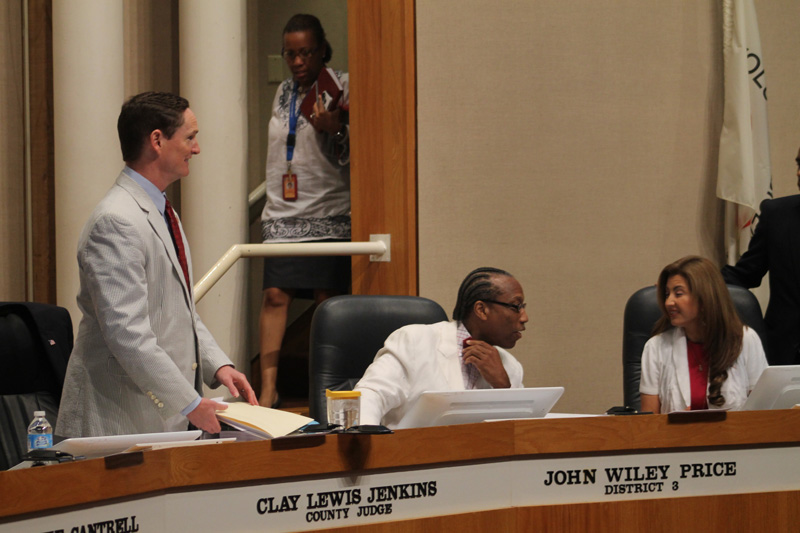 Price has been indicted on federal charges. Cantrell’s resolution points to 18 deputies who were removed from office and others who were “allowed” to resign when they were charged with criminal activity. He also noted that the rules for employees does not apply to elected officials.

Cantrell is the only Republican on the commissioner’s court. None of four Democrats on the court seconded the motion. As County Judge Clay Jenkins announced, “The resolution died for lack of a second,” the standing-room-only court erupted into applause.