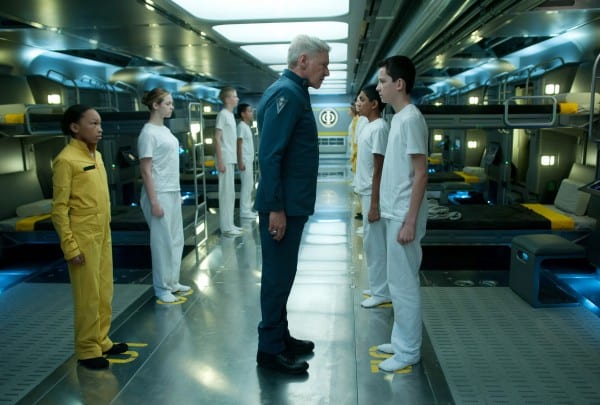 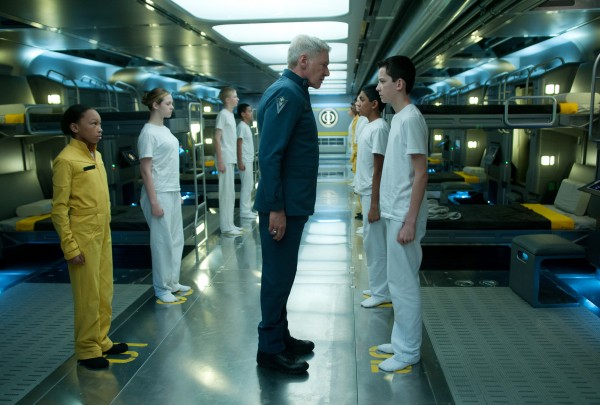 It’s not that I’m sympathetic toward him, but Orson Scott Card can’t catch a break with the gay fanboys lately.

The Mormon sci-fi author and anti-gay activist wrote a book, Ender’s Game, in 1984 that was well-received among sci-fi folks. Then around 1990, he started speaking out against homosexuality. His vocal opposition to same-sex marriage drew more criticism — all of it, let’s say outright, completely justified. He’s even on the board (still) of the National Organization for Marriage.

Earlier this year, when DC Comics announced Card would be authoring the Superman Anthology, gay comic bookstore owners like Dallas’ Richard Neal drew a bright line, saying if the homophobic Card was allowed to write it, stores like Zeus would refuse to carry it. The artist hired to draw the serial pulled out as well.

Now Card is in the news again. Oscar nominees Harrison Ford, Viola Davis, Abigail Breslin and Hailee Steinfeld have completed principal photography on the film version of Ender’s Game, due out in November from Oscar-winning director Gavin Hood. Readying for San Diego’s Comic-Con next week, the studio began rolling out the stars to promote the movie; Ford and co-star Asa Butterfield are even on an Entertainment Weekly cover.

And here stands the new controversy. Card is credited as author of the source material as well as serving as producer on the film, and so a boycott had been brewing, with organizers from New York-based Geeks Out asking folks to sign a pledge denying “support” to the film (which, we assume, means buying a ticket).

Card sent his response to the boycott to Entertainment Weekly, saying, “With the recent Supreme Court ruling, the gay marriage issue becomes moot … [S]ooner or later, [the courts will] give legal force in every state to any marriage contract recognized by any other state. Now it will be interesting to see whether the victorious proponents of gay marriage will show tolerance toward those who disagreed with them when the issue was still in dispute.”

Neal himself hasn’t weighed in on the recent debate, until now.

“When I refused to carry Superman, I didn’t call it a boycott, others did,” he says. “I think a more direct corollary [between the movie and comic book issues] would be if theaters would refuse to show the film.”

But the issue of a boycott is a complicated one.

“It’s impossible to know [the politics of everyone associated with a book or movie,]” Neal says. “But [Card] put himself in an awkward position politically, where it has become impossible to ignore him. I think the value of a boycott is, it has brought more attention to [Card] nationally. And for Card to say he’s ‘seeking tolerance’ on issues when for decades he has been saying hateful things [is disingenuous]. To say ‘you won, let’s respect our differences,’ isn’t really an apology.”

But will the boycott have the desired effect? SkipEndersGame.com argues, “Do you really want to give this guy your money?” Authors of source material rarely share in the profits of adaptations of their work, and Card has certainly already cashed that check. As a producer, he might share in the profits, but that’s unknown. The film is in post-production now; the die has been cast.

Keep in mind: This film is from Summit Entertainment, the folks who produced the Twilight saga. (Hmmmm … they seem to have a “thing” about Mormon authors.) This is an expensive, tentpole holiday release that will have a massive marketing campaign to match its budget. But does a boycott three months out rally folks not to attend, or does it merely serve as free publicity for a film that might not be any good in the first place?

The studio certainly is aware of the controversy and is taking action.

“They have already un-invited him from everything,” Neal observes. “They are worried about [the boycott] and are backing off.”

And the movie might take care of itself anyway.

So where do you stand? Remember, Richard Wagner was an anti-Semite, Robert Heinlein was a Commie-hater, Walt Disney was anti-unionist Republican, and both Jack Nicholson and Martin Sheen are pro-lifers who openly oppose abortion despite otherwise left-leaning politics. At what point can the material stand on its own, or the politics of those who present it become irrelevant? Is the boycott a good idea? Bad?