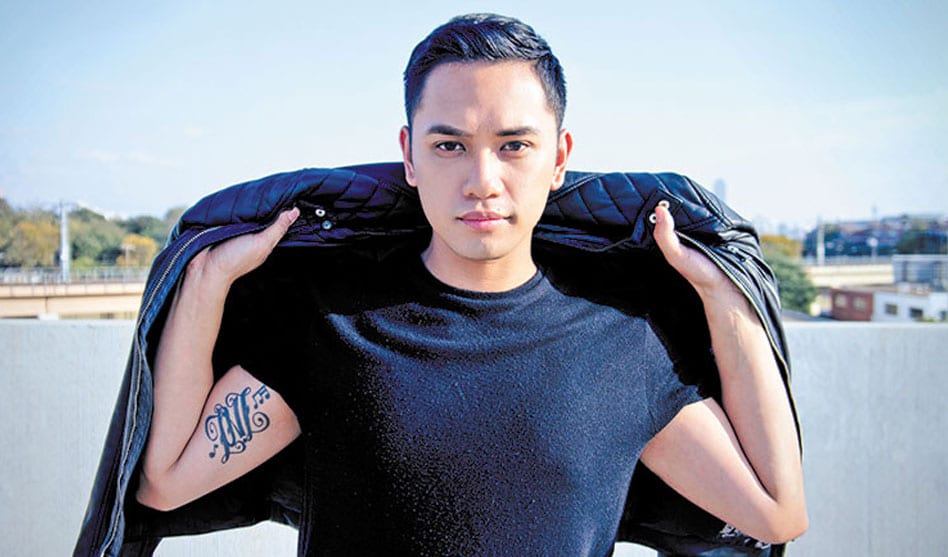 Nico Decastro moved to the Philippines as a teen to pursue his dreams of being a singer. There, he joined a boy band, performing with the group until he was 21.

But that’s when tragedy struck. “Something happened,” Decastro said, hesitating before adding, “I was raped.”

After the attack, he moved back to the U.S. to be with his family and finish college. But he wasn’t feeling well and went to the doctor. As part of the medical exam, he was given an HIV test. And three days before Christmas, in 2011, Decastro learned he was HIV positive.

It was unbelievable to him. “I never thought it could happen to a person like me,” he said, explaining that he came from a military background — his father served in the U.S. Navy — and a religious family. HIV and AIDS were never discussed in his home, and he never learned about it in school.

His family, he said, was heartbroken, and he felt like he had let them down. When he told his mother, who is a breast cancer survivor, “she fell on the floor,” he said. “She grabbed my hand and said, ‘Everything’s going to be OK. I’m going to take care of you.’”

But that was hard for Decastro to hear. He felt like he should have been taking care of her, and now she was putting aside her own health to try and care for him.

Decastro said he wanted to give up then. He dropped out of nursing school and attempted suicide by overdosing. “I ended up waking up in the hospital with the police outside my door,” he said, and was surprised about what happened next.

What happened next came as a real surprise.

Once he was feeling better, he said, he thought he would be able to go home. Instead, he was held in the psychiatric unit for observation for a couple of days. He was allowed to make only short calls from the hospital, and when he tried to reach his sister, whom he called his best friend and the most important person in his life, she didn’t want to talk to him.

“Those two days were a wake-up call for me,” Decastro said. He realized how many people his life impacted and how much they cared about him.

He decided it was time to turn his life around, so Decastro began working for the Asian Pacific AIDS Intervention Team in Los Angeles, and he joined the L.A. Gay Men’s Chorus.

“I was helping people by telling my story,” he said, both at work and as a featured performer with the chorus. “I found hope through them.”

He’s also returned to singing and songwriting. His latest song, “Lost Soul,” is about how he hit rock bottom and attempted suicide, but then found hope and peace with his life.

For World AIDS Day, Decastro will be part of the AIDS Healthcare Foundation’s commemoration event from 7-9 p.m. today (Friday, Dec. 1) at Out of the Closet on Cedar Springs Road. He’ll sing his new song and appear along with Real Housewives of Dallas star Leanne Locken.

Noting that because he was diagnosed soon after being infected, Decastro said that he was able to begin taking HIV medications early and his viral load quickly became undetectable. He hopes others will follow that lead.

And this World AIDS Day, that’s the message he has to share: Get tested. It can save your life.