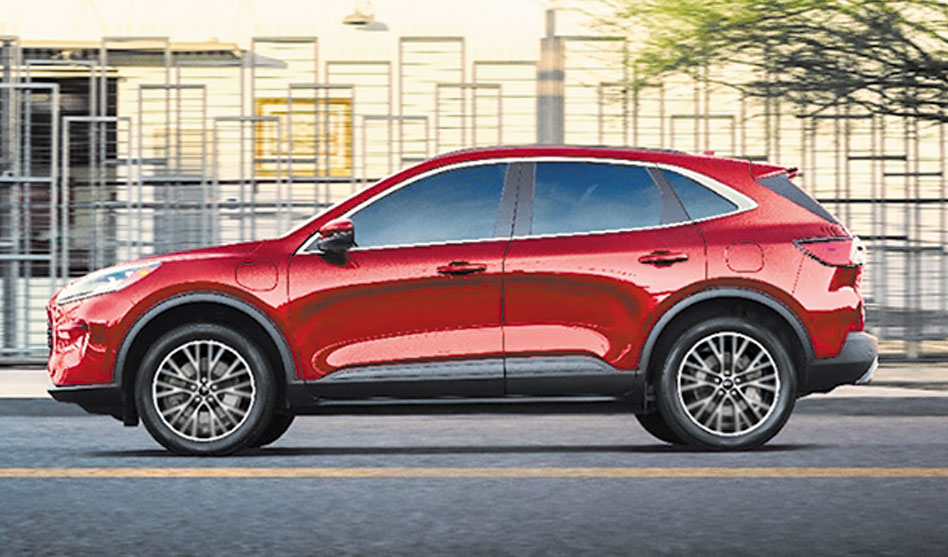 This year will go down as the year during which electric vehicles hit critical mass and became normal. Auto buyers are engaged in all they offer, but many are not quite ready to throw away normalcy for an advanced all-electric future. They might like an EV that still cradles a gasoline engine for longer drives — all that and in a body that won’t cause a stir in the neighborhood.

I suspect they’ll like the 2022 Ford Escape PHEV Titanium.

PHEV means it’s a plug-in hybrid electric vehicle. And that means it can be plugged in for some electric driving, but can also fire up its gasoline engine to drive coast-to-coast without touching a plug.

The only indicator you get of this wonderous transformation is a little door on the driver’s side front fender where one connects to the grid. The rest of the Escape’s design will cause absolutely no eyebrows to twitch in the neighborhood. 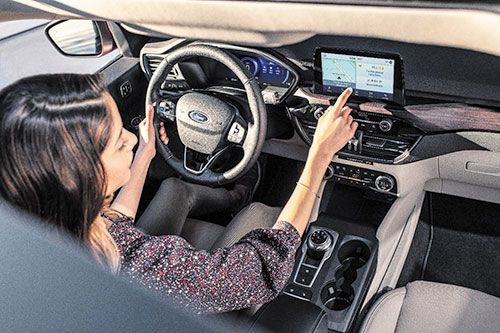 I spent nearly 700 miles behind the wheel over two days and had little complaint inside. There’s a lot of black rubber, but also light wood grain, metallic finishes and contrasting-color leather seats. Add to that heated front seats and steering wheel, B&O audio system, dual-zone automatic climate control and navigation.

Devices hum with wireless charging and Apple/Android connectivity. I like the flatscreen gauge cluster and intuitive infotainment system with touchscreen supported by proper volume and tuning knobs.

Not good at parallel parking? The Escape can automate that, too. All good stuff.

So, here’s how the powertrain works: Plug it in for 37 miles of all-electric driving. For many of us, that’s enough for our daily commute to work and back. After that’s depleted, the 2.5-liter gas engine fires up to send power to the front-wheels through a continuously-variable transmission.

Fuel economy is rated a combined 40 mpg. During my trip, hammering the left lane at something above legal limits, I saw nearly 35 mpg.

Ford rates the total system output at 200 horsepower, which is sprightly for an Escape.

Out on the road, the chassis is tuned for comfort over performance. Forget track days, but the four-wheel independent suspension just floats over rough pavement, and steering feels calm over hours of travel. There’s nothing particularly engaging about it, but the Escape moves young families and friends comfortably.

That, it does well.