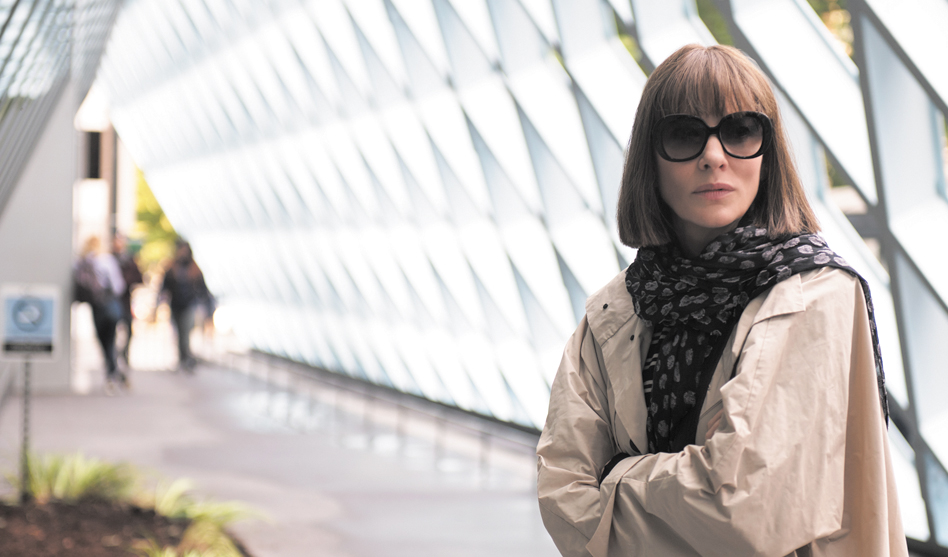 James Thurber’s classic short story The Secret Life of Walter Mitty concerns a hapless corporate drone whose adventures of derring-do are confined to his imagination — the avatar for the man in the grey flannel suit. Mitty was a comic psychological profile of the frustrations of the modern American male, a prototype that became more serious and reflective until the milquetoast Walter eventually morphed into Don Draper.

But what about the contemporary woman? Sure, we have Isadora Wing from Fear of Flying, and … well, the trail ends quickly.

It picked up slightly, cinematically at least, with last year’s Tully (an aching portrait of post-partum depression), and now with a suitably wonderful companion piece, Where’d You Go Bernadette. Based on Maria Semple’s 2012 epistolary novel, this film adaptation takes the initial plot point of the book — the disappearance of Bernadette Fox (Cate Blanchett) — and buries it more than halfway through the film. Instead, we discover what drove Bernadette throughout her life in fits and starts, only seeing the entire picture at the end.

Bernadette lives in a moldering old manse atop a hill in Seattle, financially secure in part because of her techsecutive husband (Billy Crudup) and her own lapsed career as an acclaimed architect. Bernadette has removed herself from most social interactions, even using an internet concierge service to place all her orders and manage her life. But her family of rich hippy-tech intellectuals seems to get along fine.

Then a series of events trigger stressors which reveal cracks in the facade even deeper than those in the Gothic house forever under repair. But just how bad are things?

That’s one of the cleverest, and subtlest, tacks taken by director/co-writer Richard Linklater, who parses how we can all know the same facts but have them perceived so incompatibly. Is Bernadette just a normal middle-aged woman, functional but depressed, or some kind of manic sociopath? And is there really a difference?
“I just need you to know how hard it is for me sometimes, this banality of life,” Bernadette confesses to her precocious 13-year-old daughter Bee (Emma Nelson). Haven’t we all said — or thought — that very thing? And how many of us would admit to breaking from reality?

The tension between reality and escapism is central to the film — the “resetting of your brain” being its abiding message of mental health. But unlike Walter Mitty, Bernadette needs to act on her instincts to regain her sense of self.

Nevertheless, Linklater maintains a lightness to everything, an aura of hope and progress rather than dourness or disaster. He’s ably assisted by Blanchett’s staggeringly deft performance, which is vulnerable and fierce, fun and hateful. Her antagonistic neighbors (led by Kristen Wiig) are portrayed as Mean Girls grown up, and Bernadette dispatches them as we hope we would, but her behavior also might hide deeper issues; Blanchett conveys all of that.

Touching on powerful topics like the anonymity of the internet age, the role of the artist and the stratification of political factions, Where’d You Go Bernadette taps into something essential to the hazards of modern life for all of us — the sense of isolation and hopelessness of the Trump era. And with its redemptive message, it becomes the perfect tonic for divisiveness.