Board out of his mind 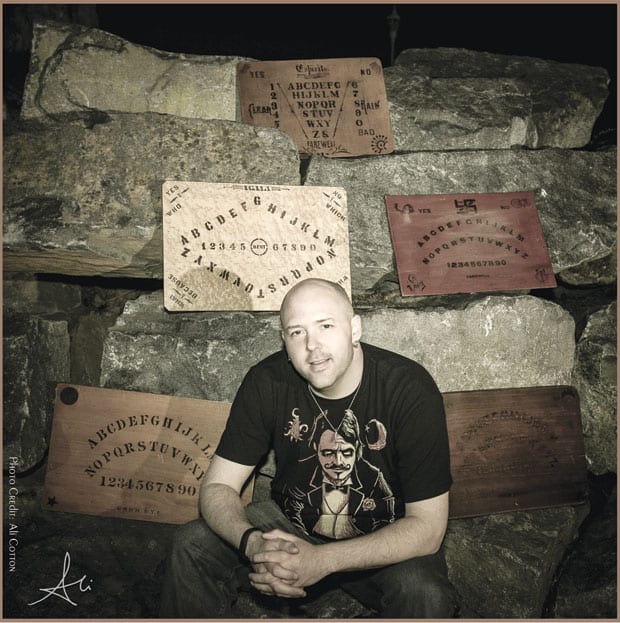 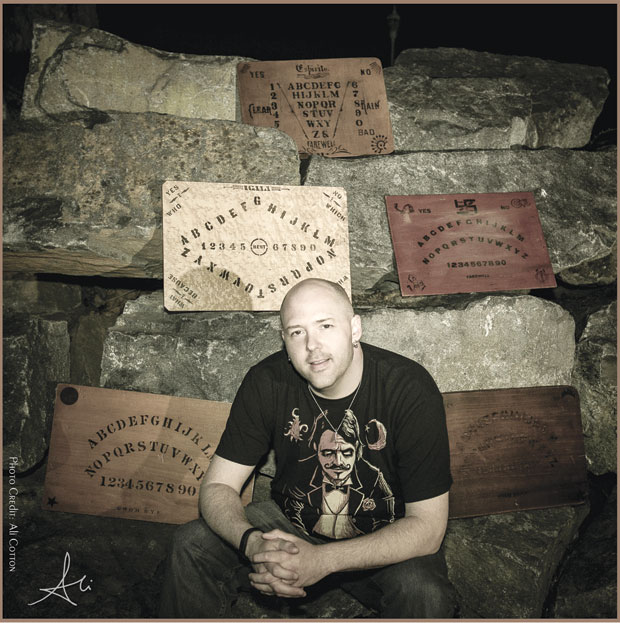 SPELLING IT OUT FOR YOU | Ouija is not the only talking board, but it is the most popular, says Robert Murch, whose interest in the occult goes back to his college days. (Photo courtesy Ali Cotton)

Robert Murch was born and grew up in a town just down the road from Salem, Mass., home of the famed Puritan Witch Trials that spread more panic and fear than a coughing fit in the Texas Health Presbyterian cafeteria. He even lived in Salem and married his husband on the steps of its city hall. So you might not be surprised to learn that Murch has an interest in the occult. What might surprise you, though, is that he was late to that interest … and his interest probably isn’t quite what you’d expect, anyway.

“My interest in the paranormal probably started because I was raised an Orthodox Jew, where you are exposed to mysticism — it’s in the Bible,” he says via telephone (not séance) from his home in Boston. But aside from seeing the movie Witchboard in 1986, it wasn’t until he was a college freshman at the University of New Hampshire and went on a fraternity treasure hunt that his unique preoccupation would emerge.

“On the list was finding an old Ouija board,” Murch says. He had seen a variety growing up at assorted yard sales, but the hunt triggered a renewed fascination with the objects. “When I left UNH, I had 10 boards … and they were all different. I thought, ‘How can there be so many of this one thing?’”

From that simple question began a 20-year journey to give a voice to a talking board. “Talking board” is the general term for the brand name of Ouija, for which Murch is one of the world’s foremost authorities. And it all started “because I had too much time on my hands,” he says.
When confronted with the array of boards — all with the commonalities of the letters of the alphabet, numbers, “yes,” “no” and “goodbye,” plus a planchet (the oracular needle that spells out its messages) — Murch decided to do some sleuthing. In the pre-Google era, that meant opening up the Funk and Wagnalls at the public library. “I looked up the history [of Ouija], and found that every encyclopedia had a different history,” he realized. “Yet everyone knows what the word Ouija is and how to play it.” (A horror film with the name Ouija even opens this week.)
Murch’s quest to become the definitive expert on the game has made him go-to guy for many things mystical — you’ll as likely see him on ghost-hunting TV shows as you will consulting with the Smithsonian Institution. Because despite his fascination, Murch is as much historian as occultist.
Although he recently appeared on Ghost Adventures, and he admits “it was scary being [in the location they filmed],” he did not play a ghostbuster himself. “I told them, ‘I’m not going to go ghost hunting with you — I’ll either laugh or scream like a little girl, and neither do I want to see on television.”

Part of his mission is to debunk the Ouija board as an ancient or even supernatural object itself.

“Talking boards, of which Ouija is the most popular, didn’t really exist before around 1886,” he says. “Ouija itself is a brand — it turns 125 years old next year. That’s a long time for something to be continuously sold. [The brand] was acquired by Parker Brothers in 1966, and from 1966 until 1991 it was made in the Witch City,” i.e., Salem. Since 1991, the company has been owned by Hasbro, meaning Ouija and Optimus Prime have the same address. Though Murch is clearly more impressed by the former.

“There are a lot of legends about talking boards. The man who patented Ouija, Elijah Bond, had a sister-in-law, Helen Peters, who was a medium,” he explains. “She really invented the Ouija, but she has been erased from history” until Murch discovered her. She’s even the one who named it when she asked, during the first playing of the game, “What should we call you?” and the “board” spelled out O-U-I-J-A, supposedly an ancient Egyptian word meaning “good luck.” 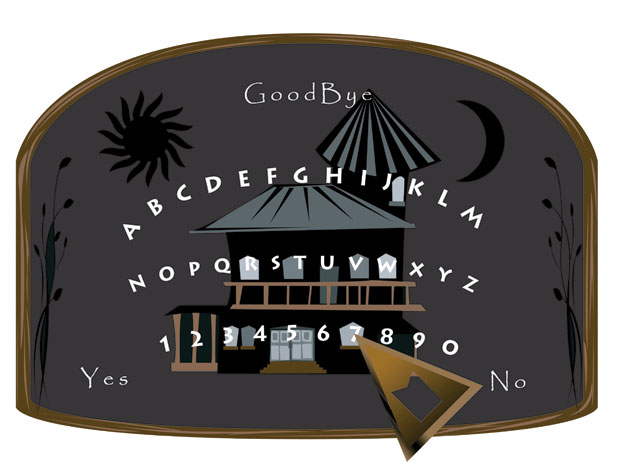 In the late Victorian era in the U.S. — despite its foreign-sounding name, Ouija has always been an entirely American invention, and is still made in the U.S. — folks were more open to the possibility of communicating with the other side, in part because the people of that time were more personally connected to death, Murch believes.

“Everyone dies — there’s no escape from it,” he says. “Ouija hasn’t changed, but our comfort level with death has. Coming off the Civil War, there was massive death — everyone lost someone. People just went away to war and didn’t come back, or you’d have 12 children and six would die. Death was such a part of your life, talking to [the recently passed] was like, ‘Duh!’ But we are not comfortable with death now as we were … except the pop culture aspects it, which makes Ouija cool.”

In fact, Ouija is often the gateway for children to experience the supernatural for the first time.

“The Ouija board is most people’s first experience to the paranormal, whether at a slumber party, or after a few drinks at a college party. It’s around because we want to believe in it — and for $19.99, you get unlimited text messages to the other side … and no roaming charges or data overages,” he jokes.

The corollary to a cell phone isn’t accidental. The boards themselves have often been imbued with their own mystical abilities, but Murch — who knows they are simply cardboard and plastic — finds this fear misguided.

“What’s different about the Ouija board than any other spiritual communication device is that we give it this immense power,” he says. “People get into arguments on their phones and say or hear terrible things, but no one thinks [those emotions] live inside the phone. The board is just the telephone; the door that gets opened is inside you. In my collection, I’m more interested in everything related to these people [who invented Ouija]. Their letters, their photographs — that’s the story. Still, even in a digital age, people can relate to Ouija.”

As a massive collector of boards, though, he must have a favorite. He does … sort of.

“My favorite is always the next one,” he says.

This article appeared in the Dallas Voice print edition October 24, 2014.