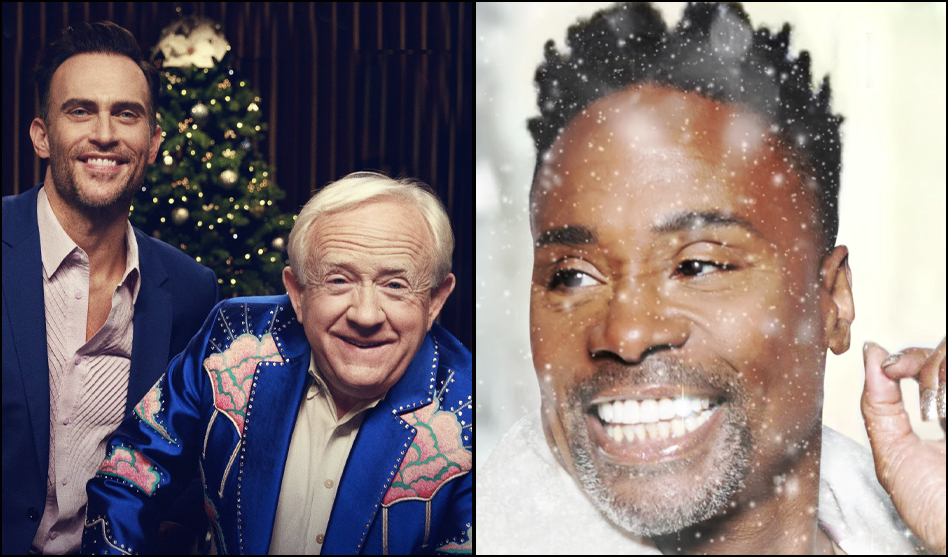 You can now make your holidays EVER so much more gay with new Christmas music releases by icons Billy Porter, singing “Have Yourself A Merry Little Christmas,” and Leslie Jordan, in a duet featuring Cheyenne Jackson, singing “Little Drummer Boy/Peace on Earth.”

Billy Porter, who last month released “Children,” his anthemic debut single for Island Records UK/ Republic Records in the US, dropped his holiday single on Nov. 19. The track, produced by Justin Tranter, is “long one of Billy’s favorite Christmas songs, and is a festive gift for Billy’s fans and a positive message as we approach the holidays,” according to a press release.

Porter noted, “I grew up in the church; I’m a choir kid, so I have a deep love of Christmas music. I know the holidays can be tough for a lot of people, but I always want to land on joy. So I put this jaunty spin on the classic, hoping it will infuse a little mirth into everyone’s season.”

Billy will perform at the National Christmas Tree Lighting airing on CBS Dec. 5. And watch for the official video for “Children,” set to drop shortly along with remixes by Melé and Magician.

Leslie says, “This song is special to me because never in my dreams did I think I would get to sing my favorite song with one of my best friends. Cheyenne Jackson’s voice is the perfect gift for all of us during the holidays.”