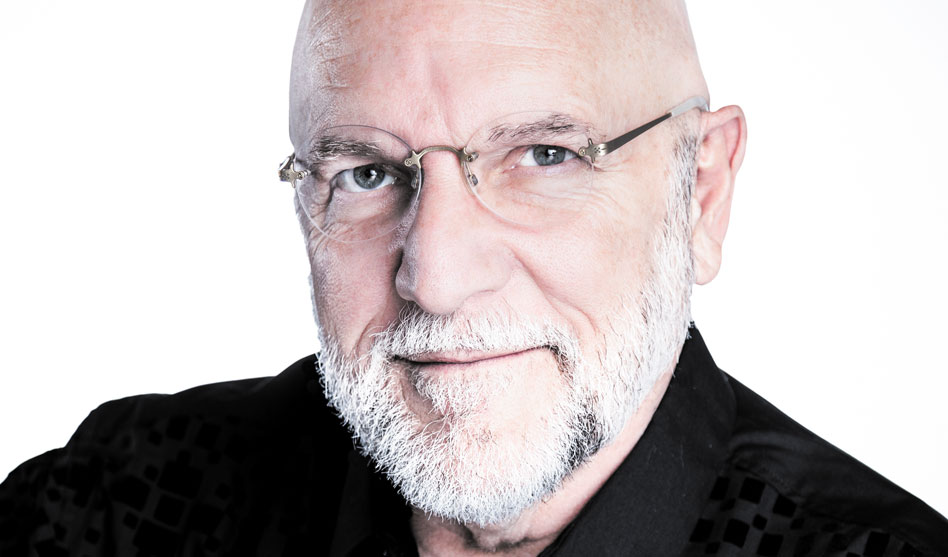 They might know “the Cliff Notes version” of his life, Seelig said. But, he added, the reaction he’s gotten from those who were familiar with the personal tidbits he throws out to the audience from the stage and who have now read his new memoir, A Tale of Two Tims: Big Ol’ Baptist, Big Ol’ Gay, has been, “Oh my gosh. I had no idea.” 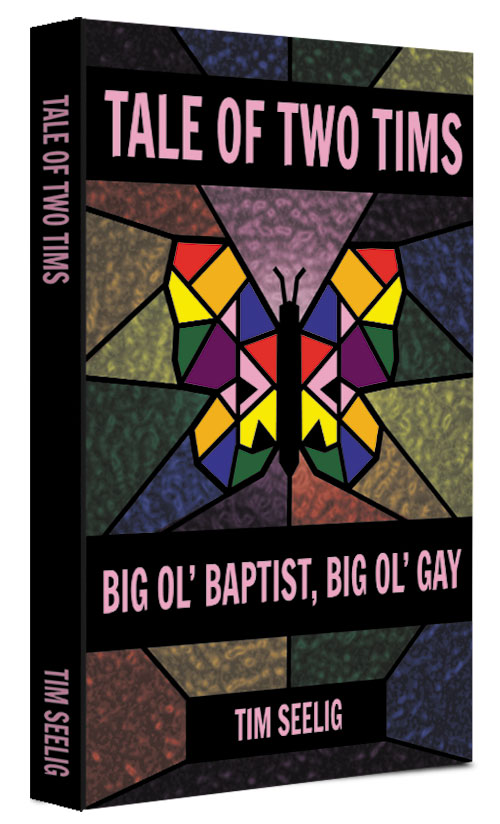 Seelig’s memoir describes some horrible experiences. But no matter how bad they were, he still describes hysterically. A good example of how he describes his life through the lens of his own sense of humor is his retelling of his experiences with three Christian counselors as he struggled with his sexual orientation.

After being molested while a student at Hardin Simmons College in Abilene, Seelig visited Christian counselor No. 1. At the age of 19, he was convinced that everything would be alright if he fled to Oklahoma — where there were no gays — from that massively evil gay presence in Abilene.

Counselor No. 2 presented him with what he calls the Sears Catalog of lady pickin’ — if he just got married, of course, he’d be cured of his homosexual tendencies. That counselor helped Seelig narrow the field to two finalists, and then he married the winner.

And the advice was precious: Go ahead and scratch that itch when needed.

Christian counselor No. 3 is the one who outed him to his wife, his children and his church in Houston. “He blackmailed me into telling my wife what I’ve been struggling with,” Seelig said.

Recounting the story within a week of the Bostock decision that declared sexual orientation and gender identity covered under sex discrimination under Title VII of the Civil Rights Act, Seelig said he believes the church had the right to fire him. What they didn’t have the right to do was spend money on attorneys to hound him for the next year.

Seelig laughs now about one fight with his soon-to-be-ex-wife, who asked him, “How many men have you had sex with.” “I can’t even count them,” he told her, even though — at the time, at least — that wasn’t true.
Seelig also recounts in the book his relationship with his two children. His daughter Corianna, to whom he dedicates the book — who was was raised by her guncles (gay uncles) in the Turtle Creek Chorale — died suddenly in 2018. It was Corianna that outed him as HIV-positive when she announced she was going to ride in the California AIDS Ride — in honor of her dad. Of course, his name was included in all of her fundraising material.

Seelig was estranged from his son, Judson, for about seven years, beginning when Judson left for college at age 18. After receiving his degree, Judson moved to Dallas but changed his name so noone would ask questions about whether he and the infamous director of the Turtle Creek Chorale were related.

But then Judson got engaged, and his fiance let him know she wasn’t going to marry someone without meeting his father — especially when his father lived in the same city. So he arranged a meeting with Seelig and his partner. They had so much fun that the evening ended with Seelig’s future daughter-in-law asking when they could see each other again.

Seelig and his partner planned the young couple’s wedding reception, and “It was the gayest wedding Dallas ever saw,” he said proudly.

The wedding took place at the Sammons Center for the Arts on Harry Hines Boulevard. Seelig rejoiced at how many Baptist relatives he packed into the hall where the Turtle Creek Chorale and The Women’s Chorus of Dallas each hold weekly rehearsals.

And while Dallasites who were once his audience when he directed TCC will enjoy filling in the blanks between the small bits they already knew as they read his memoir, they’ll also enjoy stories about his last 10 years serving as artistic director of the San Francisco Gay Men’s Chorus. Seelig began his 10th year with SFGMC in January, and, he said, he is sad that he isn’t directing the chorus this year. They’re tentatively scheduled to return to the stage in January 2021.

To no one’s surprise, Seelig is doing everything big in San Francisco.

Part of the memoir involves Gay Chorus Deep South, a documentary released late last year that will eventually be aired on MTV. The film tells the story of the San Francisco chorus taking a one-week tour of the Deep South, visiting the home towns and churches of several chorus members.

Seelig said before leaving on tour, many members thought they would be teaching a thing or two to people in red states with the weakest protections for the LGBTQ community. Instead members of the chorus learned lessons about love and family from those they visited.

Also last year, the chorus purchased a four-story building in San Francisco that’s not only the new home for the chorus, but — again, this should come as no surprise to anyone who knows Seelig — the newly-launched National LGBTQ Arts Center.

Just months before the COVID-19 pandemic hit, the chorus took on a major expense — buying real estate in one of the most expensive cities in the U.S. — while losing the major source of their funding for a year — their concerts. But, Seelig said with certainty, “We’re going to make it.”

They’ve turned part of the building into the SFGMC TV broadcast center. So far, they’ve produced a number of episodes of an interview show featuring guests such as Kristin Chenowith, composer Andrew Lippa, Cheyenne Jackson, chorus concerts and pandemic videos produced by compiling chorus members singing individually from home and woven together.

Seelig said one of the lessons he’s learned during the pandemic is aerosolization that means choruses like his and the chorale will be the last arts organizations to return to the stage, because of how singing projects droplets. “It’s something I should have known,” he acknowledged. “I’ve watched my mama use enough Aquanet through the years.”

A Tale of Two Tims: Big Ol’ Baptist, Big Ol’ Gay is available through Amazon. The audio book version, read by Seelig, will be recorded in July and will be available later this year.