Beyond the Pride Parade 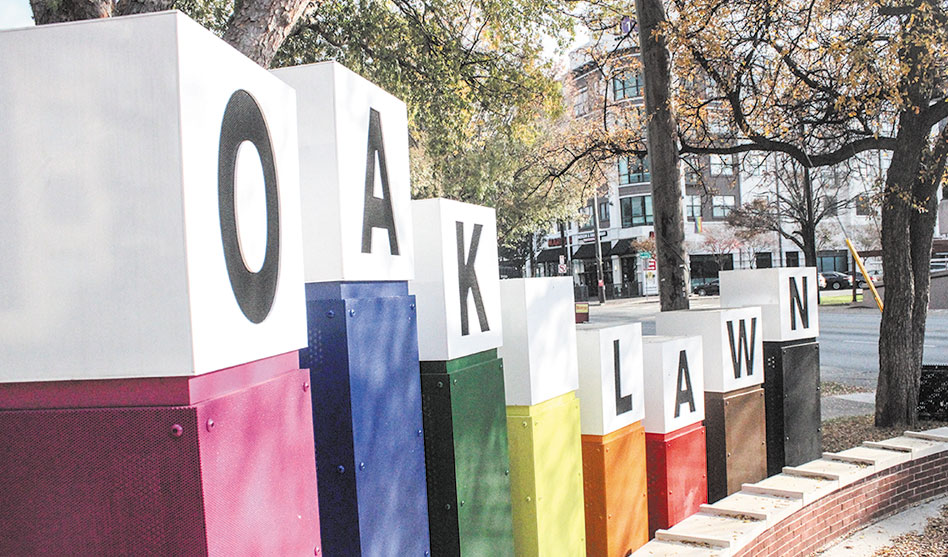 Community and history are two words frequently bandied about in many LGBTQ+ conversations. The rainbow of ages, ethnicities and backgrounds among the Pride in Dallas board members seems to have impressed a common belief in the sacredness of historic communities, and debate on how best to emphasize and accomplish the goal of protecting one the oldest historically LGBTQ+ neighborhoods of Texas frequently dominates discussions.

Pride in Dallas was formed because we are all too aware of how easily history is forgotten, its rough edges forcibly ironed out and smoothed over into neat, easily-digestible little packets. It is for this reason that we so strongly believe that a Pride parade should be held in Oak Lawn and on Cedar Springs, because when things are taken out of the neighborhood, the community ceases to thrive.

Detractors may say, “Oh, another Pride.” We say, “Yes!” Because you can never have too many Prides. Some will say, “You’re taking money from other organizations.” We say that means companies should simply invest more in LGBTQ+ organizations because our community is constantly growing. We are committed to facilitating events that inspire, educate, commemorate and celebrate our diverse community.

It is important that we recognize and collaborate with community and city leaders who share our goals. There are many who understand that this is not just a parade; it’s a celebration of our lives and an ongoing fight for our freedoms in an area where we feel safe. These are the streets where we defended the LGBTQ+ community, where we struggled and lived our dreams before our existence was even legal.
This neighborhood and these streets should remain a rallying point for future generations to celebrate our community’s history, where we can remember the lives lost and the struggles faced and how far we’ve come. Oak Lawn was given the first LGBTQ+ historical designation in the state of Texas in 2017, and that significance needs to be preserved.

The history of Oak Lawn is long and storied. Before the 1960s, segregation and discrimination kept Mexicans out of many parts of Dallas, leading the neighborhood to become a small town within the city. The community of Little Mexico became a thriving cultural center despite the best efforts of those who harbored hatred towards anyone not fitting into their own version of America. Discrimination tore deep, and much of the neighborhood was also cut off from basic public services. But despite it all, the community thrived.

All of this discrimination by the city and its population at the time meant that the land in Little Mexico was cheap, though Jim Crow laws would prevent most from ever buying property there. So it isn’t hard to believe that the LGBTQ+ community also slowly moved in.

Dealing with similar prejudice, the fledgling LGBTQ+ community produced activists such as Howie Daire, Alan Ross and Ron Woodruff to name a few, and even “boasted the first gay bar in Texas when Club Reno opened in 1947,” according the city of Dallas’ Office of Historic Preservation.

The history of Oak Lawn consists of a diverse group of minority communities living together in an ignored place. For decades the LGBTQ+ community and Little Mexico thrived side by side, happy to be left alone by entities who tolerated their existence as long as they stuck to their safe places. Unfortunately it didn’t last. In the 1970s and 80s the residents of Little Mexico attempted to resist encroachments by the city and developers — to no avail. The developers used eminent domain frequently, and thousands of people were forced out of their homes in order to build the Dallas North Tollway. Office buildings soon followed, and Little Mexico was swallowed up by new development, leaving little if any trace of the thriving Mexican community that had built its American dream there.

If you’ve frequented the Gayborhood recently, you’ll notice something rather magical is happening. Long gone are the days of indifference amongst the businesses all along The Strip, many of which now have new owners and new attitudes. The people of Oak Lawn are now working collaboratively to preserve one of the last remaining historical LGBTQ+ cultural centers in the U.S.

Pride in Dallas is committed to preserving the history that was created by those who fought before us to build the community we call the Dallas Gayborhood. The cause is so important that, as of this writing, staple businesses such as Caven Enterprises, The Round-Up Saloon, Dallas Woody’s, Cedar Springs Tap House and community organizations and members have raised more than $71,000 in our first campaign to ensure that we are able to effectively create community events for many more years to come.

We are so thankful for how loudly the DFW LGBTQ+ community has responded to the calls for a Pride Parade in the heart of the Gayborhood. It is only through the combined efforts of everyone that history is preserved, and this community has shown that it knows just how important that history is. This year’s Pride parade may be smaller in scale, but with the community’s continued support and involvement, together we will grow it into a Pride celebration worthy of this neighborhood.

We cannot wait to see you all for the Pride in Dallas week of events, beginning Sept. 12 and ending with the Pride parade on Sept. 18, from 1-3 pm. Together we can ensure that our historical heritage is preserved for future generations.