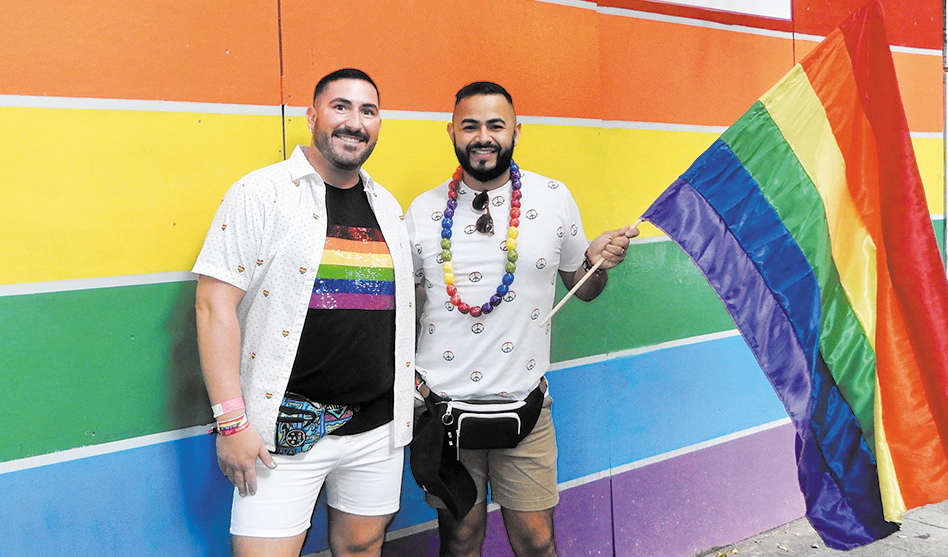 Russell May and Arturo Rivas; 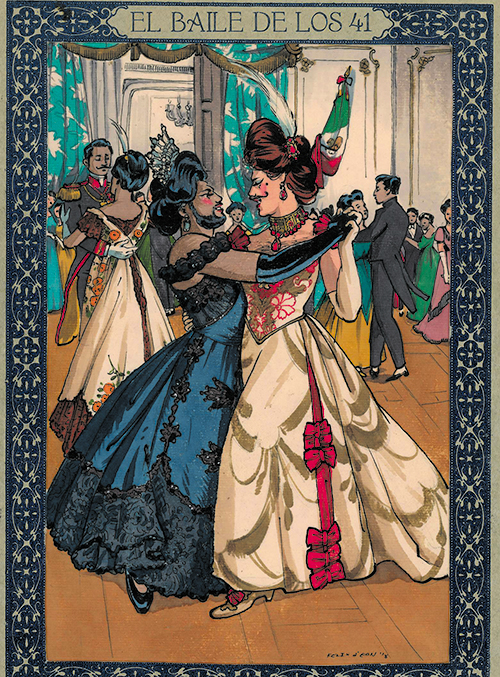 The parade on Saturday began at the Angel of Independence, located in México City’s gayborhood, and ended the city’s main city center, known as the Zocalo. This year’s parade theme was, “Orgullo 41: Ser es Resistir” (Pride 41: Being is Resisting).”

The crowd gathered along the parade route was estimated at about 1,000,000, but it had to be more this year. Past parade routes on the eight-lane Avenida Paseo de la Reforma have only been able to cover four lanes, with the crowd always beginning to filter lower past the quarter-mile mark.

But not this year.

This year, parade participants filled all eight lanes of Reforma, stretching all along the two-mile route to the Zocalo.

This year’s Pride parades world-wide marked the 50th anniversary of Stonewall Riots, the uprising of LGBT activism that began June 28, 1969, at The Stonewall Inn in New York City’s Greenwich Village. But in México, being that this was México City’s 41st annual Pride parade, there was an additional special meaning. For on Sunday, at 3 a.m. on the morning of Nov. 18, 1901, the police arrested 41 gay men that were all well dressed and in drag at a private party here in México City. It was a most scandalous moment for that time, and it became known as “El Baile de Los 41,” (The Dance of the 41).

The legend is that there were 42 gay men at the party, but one escaped. And that man was the son-in-law of the president and dictator of México at the time, Porfirio Diaz.

The 41 men at the party were arrested, and those that could not afford to pay bribes were detained and made to perform forced heavy labor in the military.

The Dance of 41 was heavily mocked in the press at that time, and most people shied away from using the number 41 for years.

Pride Month in México City kicked off in late May with the 32nd annual LGBT art show, “Viviendo de noche.” The opening party featured many prominent LGBT Mexican activists dressed as those arrested in 1901 would have dressed.

More people from Dallas and Fort Worth are coming to Pride in México City, and this year I found several of them. The Dallas contingent include Alaska, the iconic Latinx non-binary performer, who takes her name from the Madrid new wave music group Alaska y Dinarama. Her first stop was to see La Virgen de Guadalupe as part of a long-promised pilgrimage to see the patron saint of México .

Originally from McAllen, Alaska was raised a Catholic and holds La Virgen de Guadalupe dear in her spiritual beliefs.

Alaska came to experience the México City parade first-hand after hearing about it for years. As a trans woman, Alaska said she was not afraid to go to México, although she had heard that the country is very macho and homophobic. But, she said, she “loved [the parade and] people here are so open-minded, most nice, and cordial.” 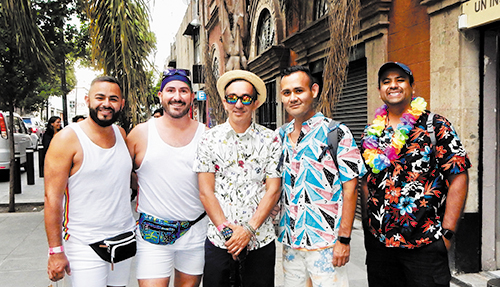 It was, Alaska said, a most liberating experience.

Arturo Rivas and Russell May from Fort Worth and their friends Orestes Ventura, Eduardo Villanueva and Francisco Manzanarez all came to México City together for the parade. Rivas and May, a couple, first came to México City in January 2019. They enjoyed the culture and atmosphere so much on that first visit that they had to come back — and this time, they brought friends with them.

They all loved the parade and said they plan on returning to the city in the future.

As mentioned the crowd at the parade was massive — larger than all past parades in México City. Usually, once the parade participants leave the Angel of Independence and make their way to the Zocalo for the entertainment, there is a small crowd left that takes up less than a quarter of the Zocalo public square.

Every square inch of the massive Zocalo Square was packed with revelers there to celebrate Stonewall’s 50th anniversary and to remember the those brave 41 men from 118 years ago.

Jesus Chairez, formerly of Dallas, now lives in México City. He was the producer and host of North Texas’ first bilingual LGBT Latino radio show, Sin Fronteras, on KNON 89.3 FM from July 1993 to July 2005. Chairez is author of the book Queer Brown Voices: A collection of Personal Narratives of Latina/o Activism. He can be reached at facebook.com/JesusChairez