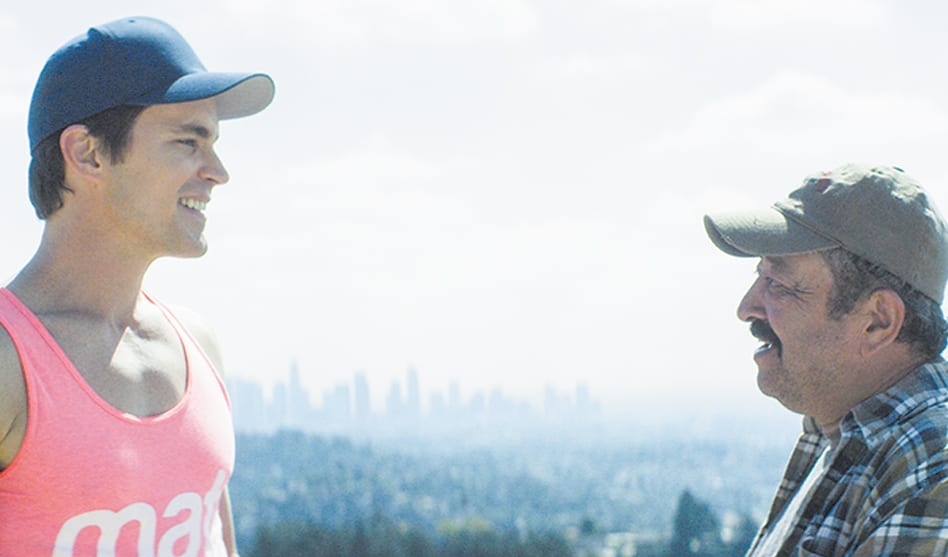 Matt Bomer makes a pet out of a laborer in ‘Papi Chulo,’ above; below, Woody presumes to teach Forky how to be a toy in ‘Toy Story 4.’

The revolution in CGI animated features draws a direct link to 1995’s Toy Story. It wasn’t just the technology, but the cheekiness that appealed to both kids and adults that has become synonymous with Pixar. It was followed four years later by an equally-entertaining sequel, and a decade after that by one of Pixar’s first two outright misfires, Toy Story 3 (the other was Cars). The studio is best when it’s innovating, not just scientifically but narratively, and returning the same characters over 24 years isn’t exactly in the realm of cutting edge.

And in another way, the age of wokeness has forced many of us to reevaluate our relationship to cultural touchstones. Was Toy Story always as uncomfortably stuffed with questions of agency, self-determination, slavery and exploitation as it seems today? After Get Out, can we think of Woody and friends and not see sentient creatures brainwashed into lives of abject servitude?

I’m not sure those issues were at the forefront of the makers of Toy Story 4, but they do pop up a few times. The interloper this time out — the way Buzz Lightyear stirred the pot in the original — is a homemade spork craft project dubbed Forky who, Pinocchiesque, becomes self-aware not as the obvious scraps of debris he is, but as a toy. Woody (Tom Hanks) tries to indoctrinate him into the society of subservient playthings, but Forky (Tony Hale) just wants to jump into a trashcan whence he came. He’s a Frankentoy, an abomination of nature. But Woody won’t let Forky be what he’s meant to be — he’s tired of feeling like a has-been and takes on Forky as a kind of project, something to give him purpose. But for much of the time, he feels more like Samuel L. Jackson’s character in Django Unchained — the sell-out who benefits from the status quo.

The tone takes a strange turn when Woody meets a defective talking doll in an antique store who herself projects an evil doctor vibe that border on Human Centipede territory. Is this a comedy or a horror story? A little of both, I suppose. And while not all the pieces in this jigsaw puzzle fit, there are some charming moments, a few funny lines and a sentimental sniffle or two packed inside some damned impressive animation. It’s nice to see the tech has improved, even if the storytelling hasn’t.

The shoulders along the road of mediocrity are littered with romantic comedies. The bad rap is often deserved. Even rom-coms that I have enjoyed in the moment fade to a vague recollection of serviceable distraction mere weeks later. (Films that defy the conventions in any meaningful way — say, Eternal Sunshine of the Spotless Mind, When Harry Met Sally or even Groundhog Day — seemingly get reclassified as something other than merely rom-coms.) We all know the tropes: the meet-cute, the misunderstanding, the reconciliation. But there’s an entire subgenre of meltdown movies, which always begin when the hapless protagonist gets dumped, has some kind of public shame and decides to start over by engaging in some new journey: Eat Pray Love, Under the Tuscan Sun, Forgetting Sarah Marshall, Legally Blonde. Add to that Papi Chulo, which apparently hopes the quirk that sets itself apart is that it’s a gay rom-com.

Matt Bomer plays Sean, a weatherman from Southern California who has an on-air breakdown thinking about how his boyfriend Carlos just left him. His bosses put him on leave, and he begins a minor home-improvement project that escalates into a bigger job. He hires a middle-aged Mexican day laborer, Ernesto (Alejandro Patino) to help him. Their unlikely friendship, which isn’t sexual, is the shaky hook upon which the plot hangs.

Writer-director John Butler has churned out the most serviceable of movies. There’s virtually no subtext at work here; Sean is profoundly clueless, but the audience can see every misstep from a mile off. (His boyfriend is named Carlos; he courts a connection with an immigrant. This isn’t Agatha Christie.) The romantic comedy wasn’t designed for those craving unique situations, but even by its compromised standards, Papi Chulo creaks. There’s the unreturned phone calls to the ex, the awkward, inappropriate familiarity with his employe (fueled by liberal guilt), the painful language-barrier interactions. (There’s something roughly condescending, even racist, about the porcelain-skinned Bomer deigning to “better” the life of a Mexican; last year’s Beatrix at Dinner spoofed and skewered that set-up to the point this one feels tone-deaf.) This is the cinema of humiliation — pioneered by the Farrelly Brothers, refined for a female demographic by Melissa McCarthy and more or less squandered here.