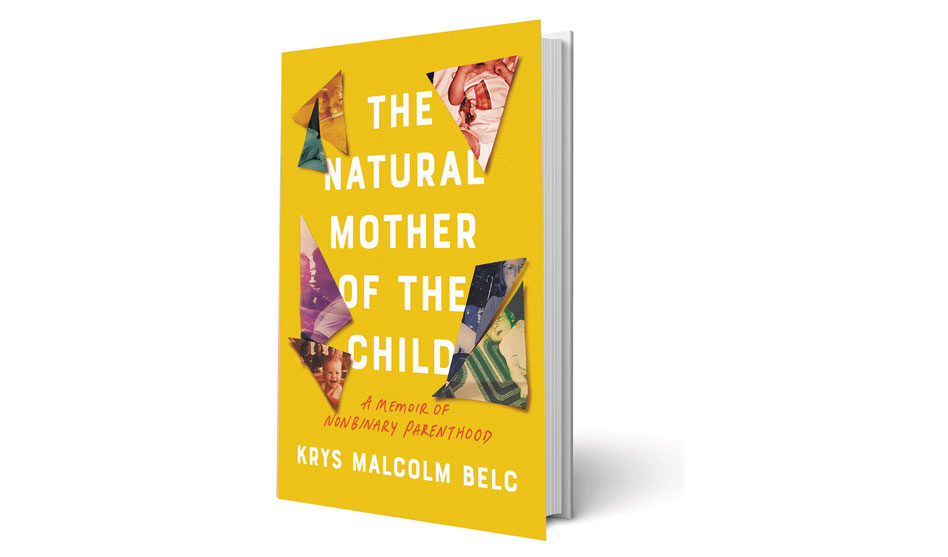 The Natural Mother of the Child: A Memoir of Nonbinary Parenthood by Krys Malcolm Belc; c.2021, Counterpoint Press; $26; 304 pages.

It’s really very common. Giving birth is so common, actually, that it happens nearly 11 thousand times a day in the U.S. — which means that it’s really not much of a big deal, unless it’s your baby.

In that case, it’s a one-of-a-kind miracle, and, in the new book The Natural Mother of the Child by Krys Malcolm Belc, it’s an answer — and a whole lot more questions.

They had wanted their children to be close in age. That was the plan — Irish Twins, they called them — but when Krys Belc went to the birth clinic, visibly pregnant with Samson and toting five-month-old Sean, the child of his partner, Anna, women in the clinic’s waiting room stared.

Belc didn’t particularly enjoy being pregnant; in fact, it brought old memories and new notions to the surface. Absolutely, he grew up loved and maybe a little protected, but he wanted what his brothers had. He was sure his mother once harbored hopes of sharing a pregnancy with him, but not anymore. And then it happened:

Seeing the newborn son he made made Belc realize that he needed to become the person he always knew he was.

How does one say goodbye to breasts that fed a beloved son? Belc didn’t want his, but finding the right decision was unsettling.

How does a grown son reconcile himself to the idea that his father won’t hug him anymore? Sadly, Belc’s father was generally awkward around him since his transition.

How can nonbinary parents not get frustrated at the loops of paperwork to protect their parenthood? “Natural mother,” indeed.

And how can anyone ever fully thank those who helped make them parents?

If ever there was a book that turned itself in circles to get to the right ending, The Natural Mother of the Child is it — and that’s not unpleasant.

Nothing and everything in this book is black and white. It’s calm and turbulent, surefooted and not. Author Krys Malcolm Belc takes readers on a journey to fatherhood that started when he was a girl, envying his brothers without knowing exactly why, giving readers a distant, poignant sense of something wanting.

That feeling trails throughout Belc’s story, as we wait for what we know is coming, and it’s worth it: After his account of pregnancy and the self-consciousness of being mother-not-mother, his decision to transition solidifies like a ship through fog.

Look at The Natural Mother of the Child first as a parenting book, because that’s exactly what it is: The story of learning enough about one’s self to be a good parent. As for the trans part of this memoir, that’s icing on a cake that’s uncommonly good.