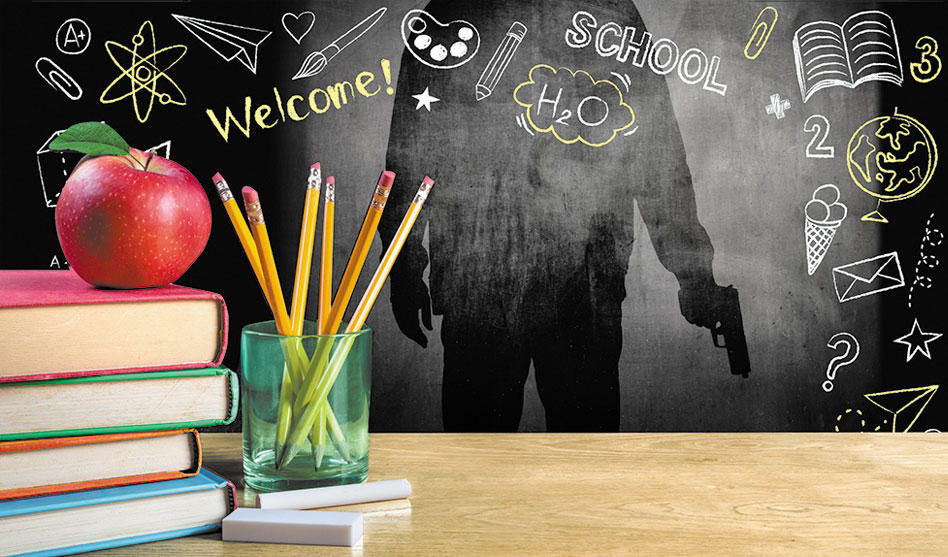 How many more have to die before we care enough to do something?

On Tuesday, May 24, an 18-year-old kid in Uvalde, Texas, shot his grandmother then got into his truck and drove over to Robb Elementary School where he proceeded to murder 19 fourth-graders and two teachers. The killer, who had barricaded himself inside two adjoining classrooms, was then shot to death by local and federal officers in a specialized tactical team who forced their way inside the classrooms he had barricaded himself inside.

It was the second-deadliest school shooting since shooting at Sandy Hook in 2012.

It was the third mass shooting in the U.S. in 10 days: On May 14, an 18-year-old kid drove some 200 miles from his home to a grocery store in a primarily Black neighborhood in Buffalo, N.Y., where he murdered 10 Black people and injured three others. The following day, a 68-year-old man opened fire on the congregants at Irvine Taiwanese Presbyterian Church in California, killing one and injuring five others.

Tuesday night, after reading about the shooting in Uvalde, I sat at my desk, fighting back the nausea and losing the battle against tears. I kept thinking about those helpless, terrified children, trapped in a classroom with a monster. I thought about what must have been going through their minds as they saw their classmates, their friends, dying around them, knowing they would be next.

I thought about the adults, the two teachers. Did they have time to even try to protect those children? I know that protecting their students would have been their immediate instinct. But how could they even begin to in the face of such brutality and evil?

I thought of all the teachers I know and love, in my family and among my friends. I wanted to call every one of them and beg them not to walk back into a classroom again. Not ever.

As I sat there, I logged onto Twitter to read updates, watching as the death toll rose higher and higher as the night wore on. I read how families were being asked to provide DNA samples so their dead children could be identified because some of the bodies were not recognizable.

“Not recognizable.” The words made my stomach literally clench and twist, made me dizzy.

As I was reading updates and statements from elected officials, I found the account of a journalist, a young woman, who was reporting from the community center in Uvalde where families were sent to wait for word on their children. The thread of her posts included photos of some of those families, people gathered outside the community center, bound together in unfathomable grief.

And then someone commented on her posts: “Did you get permission to post photos of those people?” And another, and another, demanding that she leave them alone, give them their privacy, stop intruding on their grief.

It made me angry. Maybe they actually were saying that out of sympathy for the families. But it seemed more likely to me that they were telling her to stop because they didn’t want to have to feel that grief themselves.

The fact is, that reporter was doing her job. In a time like this, it is the journalists’ job to bear witness, to stand in the middle of the horror, to let it wash over them and then to turn and show that horror to the world. It is the journalists’ job to bear witness and to create and keep a record of what happened, because there are people out there — like Alex Jones, for example — who will try to claim it never really happened and that even if it did happen, it wasn’t really that bad.

It is the journalists’ job because the rest of us need to feel that horror, too. We need to feel that grief that burns your very soul; we have to hear the hideous details, and we have to think, “What if that were my child — my parent or my sibling or my friend — who died so horribly there in that classroom. We have to know because we have to care.

We have to care enough to make it stop.

And the fact that it happened, again, proves we don’t care enough yet.

How many more people have to die before we do?