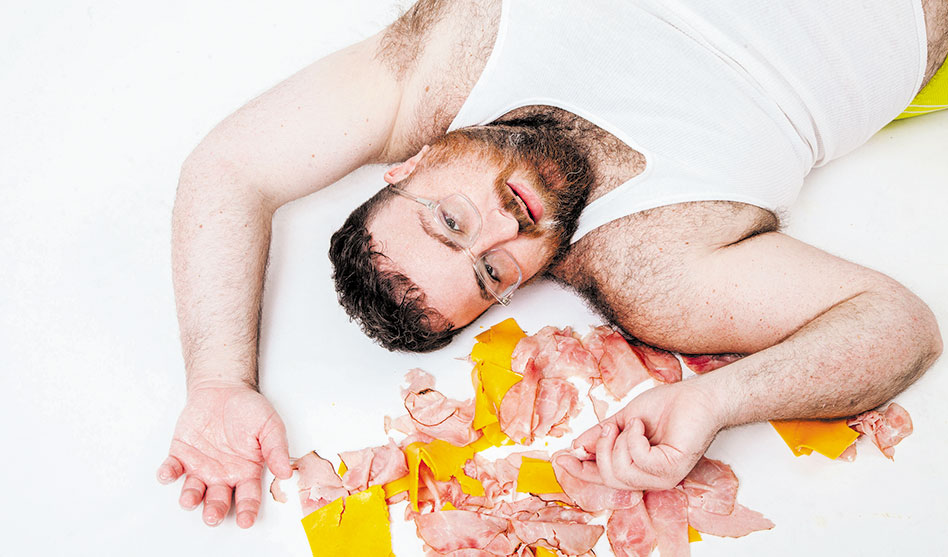 Getting into a little trouble with queer rapper Big Dipper

Many artists are in lockdown; TV talk shows are winging it from their hosts’ basements, and tons of folks are unemployed. But it seems that Big Dipper — the hirsute queer rapper — is having a moment. His new EP dropped last month; he just started a weekly live chat on the Growlr app; he is about four seasons into a weekly podcast, a Drag Race recap show with Willam and Alaska, and he even finds time to judge bulge contests online. Does that feel weird — having a positive experience during the pandemic?

“I wouldn’t say it’s positive,” he corrects. “I am participating in the strictest self-imposed social distancing at home [in Los Angeles], so it’s not awesome. I was planning to be this kind of busy anyhow. Some of my [musician] peers have just released music and were planning to tour this summer, and I have drag queen friends who were expecting to be busy. But I am very lucky to be able to [produce].” 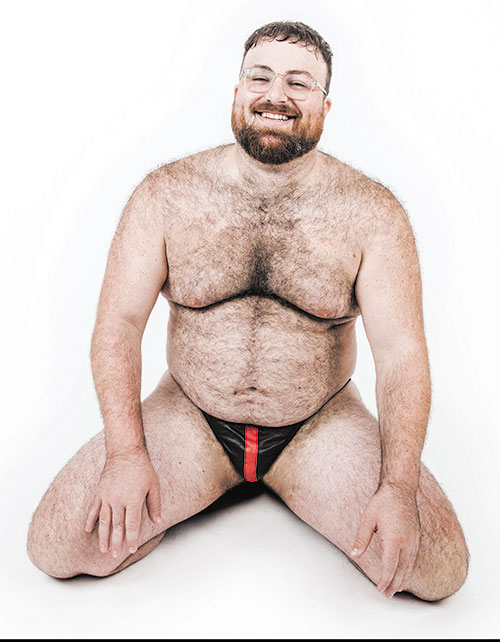 Not that even he hasn’t felt the sting of coronavirus. Touring — live performances — is his wheelhouse as an artist but also his bread and butter. The bear events, the Pride celebrations that were slated to eat up his June and July? Vanished. Still, that left Big Dipper time to chat with us about the scope of his enterprises, reconciling rap’s homophobia with his own passion for hip-hop and the criteria for judging a bulge contest.

Dallas Voice: Let’s run through some of the projects that are keeping you busy right now, starting with Big Dipper Live on the Growlr app — it seems like a perfect fit considering your appeal.  Big Dipper: Yeah. I had been in contact with Growlr about collaboration in the past, then about a year ago they were acquired [by a bigger company] and were able to integrate a large chat feature into the app. That’s when they reached out to me. So every Thursday [at 8 p.m.] I’m on the app and just talk for an hour. We’ve been having great conversations — about body positivity, racial bias in policing. Obviously, I’m a talker, but I was kinda nervous about doing a livestream. But it’s been great to engage with people.
How did you develop your podcast Sloppy Seconds with Big Dipper and Meatball (formerly Unbearable)?  I feel like I have a quintessential bear vibe about me — I’m chubby, I’m covered in hair — but that’s not necessarily the first box I would check on [my identity]: I might tick queer first; I might tick artist first. And Meatball is an L.A. drag queen who competed on Season 1 of Dragula [whom I was friends with]. She’s fat and a bear [but also a drag queen], and I thought what an interesting thing it would be to start a podcast about identity [within the gay community]. And it quickly devolved into nasty sex stories. It’s out every Friday.

You have a new album, called The Ham and Cheese EP, that dropped the same week as Lady Gaga’s Chromatica … so, no competition. Still, I wonder who your musical  influences were, because I detected a little Eminem, and a little Kesha, and those aren’t two artists I would generally think of in the same breath.  That’s so interesting. I’m 35, and so the [artists who were big in the] early 2000s? Those influences are burned into my brain: Busta Rhymes, Missy Elliott. I love the rough-gruff vocals on the verse and a sweet hook on the chorus like Ja Rule did in his collaborations. I was a big Eminem fan because I was a white kid, but then his homophobia took over … he was definitely an influence, but I finally realized I’m not a fan. The Kesha party-music vibe I totally see.

I got into the indie rap scene for a while — mainstream-adjacent music, with more ingenuity. Then Nikki Minaj came out, and I felt she has punchlines with all her lyrics. I am drawn to that. I’m a [heavy set] rapper wearing a thong — those things don’t go together! It bothered me [at first] that people thought I was a comedian [when I simply like serious music with a sense of humor]. Lonely Island was making music that people would watch over and over again and quote and say to one another — it is a joke, but it is also good music. Drag queens do that a lot — Alaska [Thunderfuck] makes original songs about saying your makeup is terrible. I think there’s a way to harness that to be both funny and good music. But I do hope people crack a smile [when they hear me].

I’m a rapper because I can’t sing. Hip-hop is still a young musical genre but also a global influence. The pop charts are [dominated] by rappers, but my cadence isn’t traditionally rap. I consider it pop music marketed with hip-hop beats.
What came first: Being a hip-hop fan or knowing you were gay?  That’s kind of tricky. But I definitely was a hip-hop fan first because I probably latched onto it before I even identified my sexuality. The first song I ever bought was Skee-Lo’s “I Wish.” And I loved Criss Cross because I was their same age. I tried to dress like them. So I locked in my love for rapping [before I was even aware of sex].

Hip-hop, especially in the past, was notorious for its homophobia. How did you square that circle of being a gay kid with hip-hop dreams?  I squared it around the misogyny [already present in rap]. There was already an amount of objectifying women, so I thought, “Well, we have all culturally decided that if you’re playing music across the airwaves, you’re going to be talking about sluts and ’hos, but we’re just gonna turn a blind eye to the messaging in the lyrics and dance to it on the dance floor.” But because I had to grapple with that, when I first began working on what you might call the “Big Dipper project” a decade ago, I set out with a focus on sexuality. I decided I’m switching all the objectification from women to men. Female rappers do this all the time: Nikki Minaj talks about how great her pussy is, so I talk about how deeply I’m going to suck your dick. Which is also why I strip in my shows and reveal my body, even though [my body type] is not seen as traditionally attractive or sexy. I’m also taking that power back — by wearing a thong and bringing that message out from the shadows. The goal was never a political message, even though you can see it as a direct line from my music to empowerment and visibility. I just wanted to have fun — my role model was Britney Spears. The goal was selfish… but the impact has been empowering, and I love that.

You’ve also judged bulge contests. How does that work? Are you just a size queen?  If a dick is huge, I can be a size queen. But there should be a lot of fun personality — costumery, vibe, confidence. If your confidence is there, it’s more about who the dick is attached to than the dick itself.