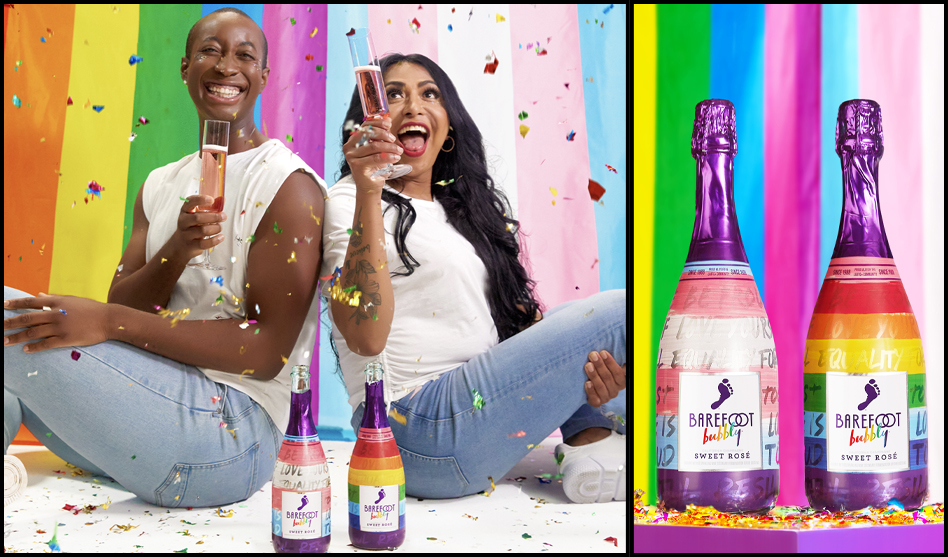 Barefoot Wines, which prides itself on being an ally to the LGBTQ community for more than 30 years and a “steadfast proponent of equality for everyone, regardless of who you are and who you love,” has launched its #MarchOnwardWithUs campaign with the 2021 limited-edition Pride Packaging Collection to celebrate Pride Month.

Anna Bell, vice president of marketing for the company, said, “Barefoot has supported and advocated for the LGBTQ+ community for more than three decades and will continue to be an ally of the community and what Pride stands for. We support inclusion of all, and our LGBTQ initiatives exist precisely so we can contribute to creating safer, more welcoming spaces for the community.”

A portion of the proceeds from every bottle sold will directly give back to Free Mom Hugs, a nonprofit organization consisting of parents and allies who love the LGBTQ+ community and work toward full affirmation and equality (Free Mom Hugs and its founder, Sara Cunningham, are featured in the June 4 Pride Edition issue of Dallas Voice), and The National Center for Transgender Equality, a nonprofit organization advancing the equality of transgender people in the U.S.

The Barefoot Bubbly Pride Collection is now available to purchase on The Barrel Room and at stores nationwide at the standard retail price $9.99.

Barefoot renews its ongoing partnership with Free Mom Hugs, and proceeds from each  Rainbow Flag case will go to Free Mom Hugs to support their signature tour to celebrate Pride virtually, as well as their national Pride ride, and nomination relief packages, during the 2021 season.

Because “Barefoot understands being an ally means showing up year-round and not just for Pride Month,” the company will “fuel the momentum of its LGBTQ+ initiatives through the rest of the year, including a yet-to-be-announced digital content campaign later this summer.?

Barefoot made its first donation to an LGBTQ+ charity, the Golden Gate Business Association of San Francisco, in 1988, and has continued each year to sponsor more than 200 LGBTQ events around the globe. The company is proud to be continually recognized as one of the best places to work for LGBTQ+ equality.

To learn more about how purchases support #MarchOnward for equality, to order the Pride wines or to buy other of Barefoot’s Pride swag, visit barefootwine.com/lgbtq. 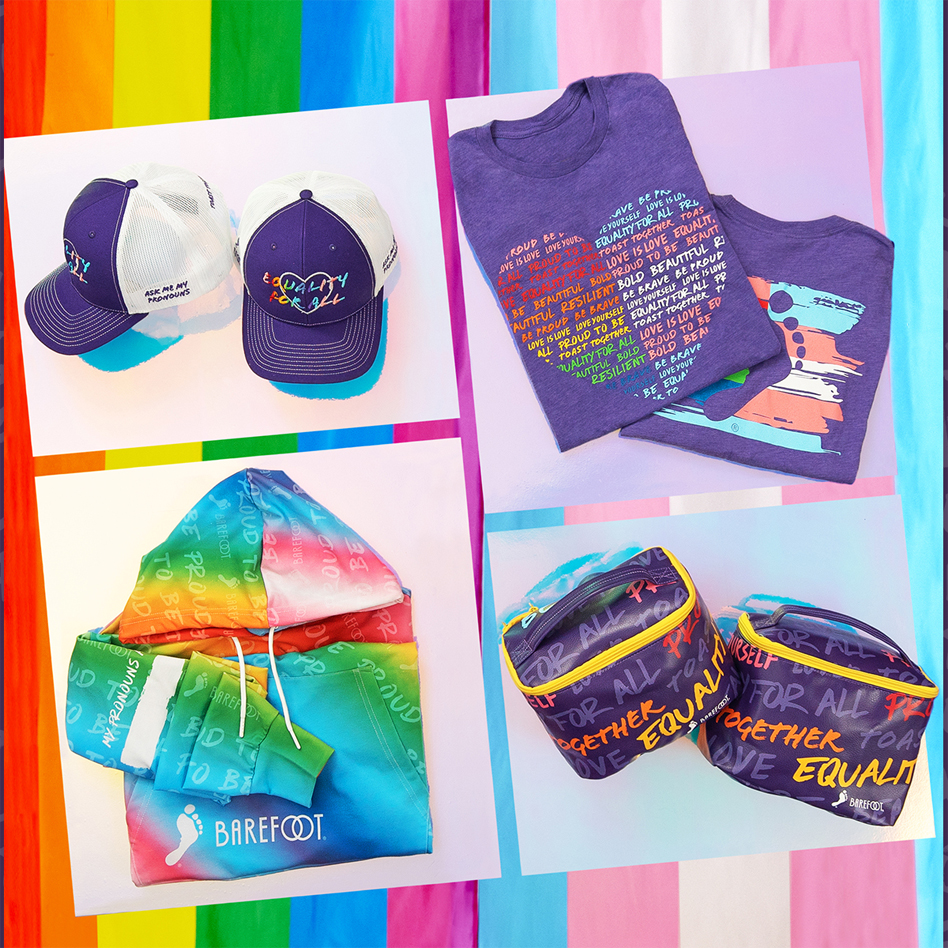